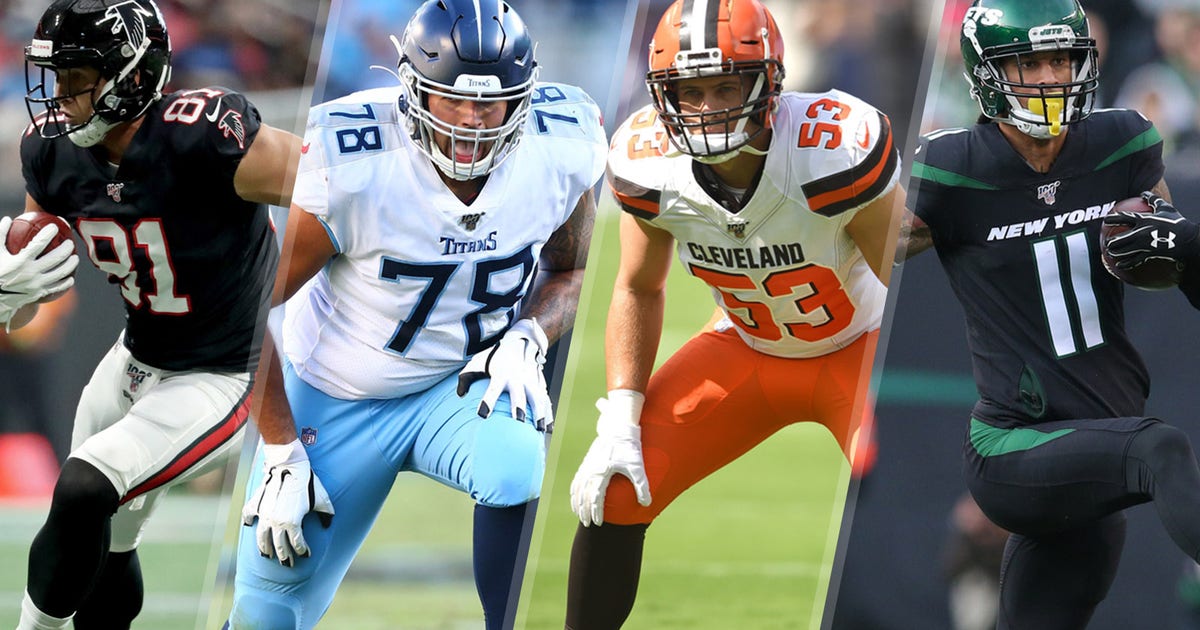 Green Bay general manager Brian Gutekunst hasn’t been shy about trying to make a splash in free agency. In his first year as GM, he brought in tight end Jimmy Graham and defensive end Muhammad Wilkerson. Last year, he made even bigger moves, signing safety Adrian Amos and linebackers Preston Smith and Za’Darius Smith, all three of whom were big contributors in 2019. This year, Green Bay has around $27 million in cap room — this is after cutting Graham and with a potential $4 million more being available if Lane Taylor is let go – which currently is the ninth-least amount to spend among NFL teams, according to OverTheCap.com.. How will the Packers’ GM approach free agency this year with even more money? Unless it is postponed or delayed, the league year will begin March 18. Here’s a few players which might interest Green Bay once free agency officially starts. (Note: We took a look at Green Bay’s own free agents back in February; also we aren’t including players who might get cut but haven’t yet, for example Olivier Vernon.)

It’s probably no secret the Packers need help for Davante Adams at wide receiver. Anderson is going to be one of the top receivers available (Amari Cooper could be tagged by Dallas) – that also means there could be a lot of bidders. Even with Cooper, Anderson is probably the best deep threat available on the market. He’s averaged 14.8 yards per catch over his four seasons with the New York Jets, including 15.0 each of the last two years. He’s had at least 50 catches and five touchdowns in each of the last three seasons. Because he’ll have multiple suitors, Anderson won’t come cheap.

The status of Bryan Bulaga is up in the air – there are reports he’s due for some big money ($12 million range) if and when he hits the market. If Bulaga leaves, the Packers will need a replacement. Conklin also figures to get a large contract, but he’s also five years younger than Bulaga (Bulaga turns 31 on March 21; Conklin will be 26 in August). Conklin had a pretty good season (three sacks allowed) coming off a 2018 season in which he played only nine games after injuring his knee. In his first two seasons with the Titans, Conklin allowed only 2.5 sacks while starting all 32 games. He was named first-team All-Pro as a rookie in 2016. If Gutenkunst is going to make a splash, it likely will be to help Aaron Rodgers – either with a weapon or someone to protect him.

Maybe Gutekunst throws a curveball and tries to make a major signing to improve Green Bay’s defense. Clowney’s 2019 stats don’t look that impressive – 31 tackles and three sacks in 13 games. He was hampered by injuries and still managed to have four forced fumbles and three passes defensed. If you like Pro Football Focus, he had another strong rating from that site, especially in run defense, where he’s always been dominant. When he’s healthy and on his game, there are few better. Can the Packers afford to take a big swing on him, though?

If Bulaga leaves and Conklin is too pricey, Dotson could be a good one-year stopgap if Green Bay wants to draft a young tackle and/or can’t find another fit on the market. Dotson entered the league in 2009 and has played his entire career with Tampa Bay. He’s started 15 games in each of the past two seasons. He allowed 3.5 sacks and had 10 penalties (five false start, five holds) in 2019 and allowed two sacks and had seven penalties in ’18.

With Graham gone, Green Bay will be looking for a new tight end. Ebron could be a Plan B or Plan C option (see below for Plan A). Ebron is coming off his worst season since his rookie year in 2014, catching 31 passes for 375 yards and three touchdowns. But from 2015-18 with Detroit and Indianapolis, his worst season was 47-537-5 in ’15 with the Lions. In 2018 with Andrew Luck as his quarterback, Ebron set career highs with 66 catches, 750 yards and 13 TDs. Imagine he could put up similar numbers with someone like Rodgers throwing him passes. Ebron turns just 27 in April.

Here’s a tight end we know will be on the market because his former team, Atlanta, has already said they’ll let him test the waters. Hooper will have a lot of suitors in free agency and the Packers are expected to be at the top of his list. The 6-foot-4, 254-pound Hooper is a prototypical tight end can both block and catch. He’s had 70+ catches in each of the last two seasons and is coming off a year in which he had 75 receptions for 787 yards and six TDs – all career highs.

Not the first player the Packers will look at if Bulaga leaves but there’s not a lot of potential options. Ifedi has been a four-year starter for Seattle and has been, well, OK. He’s allowed 24.5 sacks in his four seasons in 60 games (all starts) with 44 penalties. In 2019, he allowed 6.5 sacks and had 12 penalties. Interestingly, in five postseason starts he hasn’t allowed one sack or committed any penalties.

The Packers are going to need to replace Blake Martinez at middle linebacker and Kwiatkoski, who played his first four years with division-rival Chicago, has been getting a lot of notice as free agency approaches. Kwiatkoski was known as a good special teams player – that was his main role in 2018 — but he got a career-high eight starts in 2019 and recorded 68 tackles, three sacks, four passes defensed and a forced fumble. However, he actually played fewer defensive snaps in 2019 (47.7%) than he did in 2016 (49.2%) as a rookie or 2017 (52.8%). Still, he figures to have a lot of suitors in free agency.

A first-round pick by Buffalo in 2016, Lawson hasn’t lived up to his draft status and rep as a pass rusher, recording 16.5 sacks in four seasons. He did have a career-high 6.5 sacks last season and recorded five passes defensed and two forced fumbles in 2018. Maybe he’s just a pass-rushing specialist, but who couldn’t use more of those?

Littleton is considered the pre-eminent linebacker available in free agency. He’s everything you want in a three-down linebacker: He can cover and stop the run (it also means he’ll come with a hefty price tag). He’s topped 120 tackles in each of the last two seasons and has 7.5 sacks, 15 tackles for loss and five interceptions over that span.

Perhaps best remembered for his financial musings on “Hard Knocks” a couple years ago, Nassib actually has been a productive pass rusher. He had 6.5 sacks, 14 QB hits and 12 TFL with Tampa Bay in 2018 and six sacks, 11 QB hits and 8 TFL in 14 games last season. He’ll be a nice under-the-radar signing for somebody.

A former first-round pick by Baltimore in 2016, Perriman will likely be playing for his fourth NFL tram in 2020. However, he, like Nassib, could be a nice under-the-radar signing. Perriman averaged 21.3 yards per catch with Cleveland in 2018 (16 receptions, 340 yards) and last season with Tampa Bay he had 36 catches for 645 yards (17.9 average) and six TDs. With Mike Evans injured, Perriman finished the season with three straight 100+-yard receiving games. Only Atlanta’s Julio Jones (378) had more receiving yards than Perriman (349) in the last three weeks. The Packers’ Adams was fourth (312). Could be a nice pairing.

Playing for a Super Bowl winner will usually give you a boost in the market. We’ll see how it plays out for Robinson, who was often a third-, fourth- or even fifth-receiving options for the Chiefs. He set career highs in 2019 in catches (32) and receiving yards (449) and tied in touchdowns (4). Don’t mistake him for a burner, but he’s a decent receiver and could be a solid No 3.

Presumably a lot of Wisconsinites would love to see the Waukesha West High School and University of Wisconsin star finish off a football state triumvirate in Green Bay. But this isn’t just a case of state bias. Schobert should command good money as one of the top inside linebackers available. He’s another three-down linebacker who can cover and pile up tackles. He’s had over 100 tackles in each of the last three seasons since becoming a starter in Cleveland. In 2019, he had four interceptions and nine passes defensed (after having one and six in 2018). Schobert has eight sacks and seven forced fumbles over the last three seasons as well.

Beyond the pandemic: London tourism braces for slow recovery