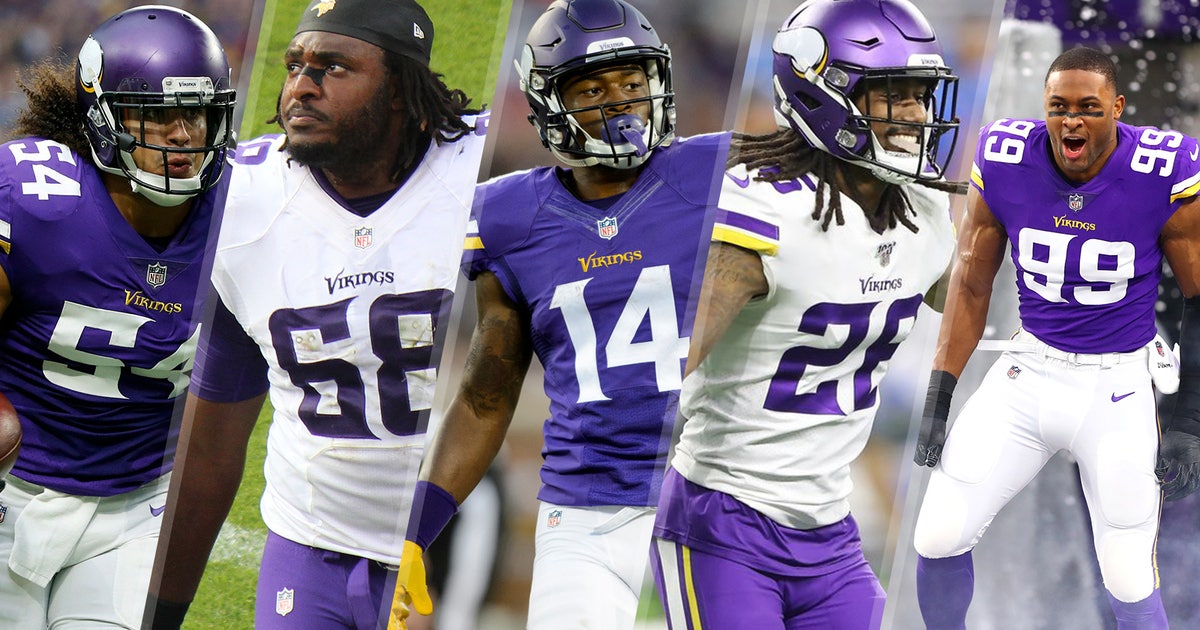 The Minnesota Vikings 2015 draft class is a great example of a boom-or-bust draft.

The Vikings would probably redo their first-round pick and did not get much from their late-round selections in this draft, but the team still ended up two All-Pros.

Minnesota selected franchise cornerstones in Danielle Hunter, Eric Kendricks and Stefon Diggs in 2015. Diggs is now with the Buffalo Bills, but his eventual trade value and production during his time with the Vikings made him a great pick.

All grades are based on production and draft status.

Waynes was not necessarily a bust, but the Vikings were probably hoping for more in a first-round pick. He had limited playing time his rookie year but in 2016 had three interceptions and 11 passes defended. In his third season in the NFL, Waynes started all 16 games and played well, recording 65 tackles, two picks and 11 passes broken up. After that, he kind of faded away with the Vikings over the past two seasons as the play of Xavier Rhodes also eroded. Waynes will still be around on Sundays though, as he agreed to a three-year, $42 million deal with the Cincinnati Bengals this offseason.

Kendricks was definitely worthy of a second-round pick by the Vikings. In his five seasons in purple and gold, Kendricks has been the team’s starting middle linebacker and has made at least 100 tackles in every season other than his rookie year. He was named to the PFWA All-Rookie Team and in 2019 was voted to the Pro Bowl and selected as a first-team All-Pro, in part due to his excellent coverage ability. Entering his age-28 season, Kendricks should be a constant on the Minnesota defense for years to come.

Clemmings made it on the field right away with Minnesota but did not play at a high level. He managed to start all 16 games for the Vikings at right tackle in 2015 and 14 games at left tackle in 2016 after Matt Kalil went down with an injury. Although Clemmings started 30 games in two seasons for the Vikings, he had a 48.1 overall grade from Pro Football Focus his rookie year and regressed in his second season by giving up a league-high nine sacks and finishing with a 31.0 grade. He was cut by Minnesota in 2017 and has since had short stints with the Washington Redskins, Oakland Raiders, and Chicago Bears.

Pruitt has had a very uneven career in the NFL. He got off to a decent start in his rookie year with 10 catches for 89 yards as the third tight end for the Vikings behind Kyle Rudolph and Rhett Ellison. In 2016, Pruitt played two games with Minnesota before getting cut and signing with the Chicago Bears. After struggling to find a roster spot in 2017, Pruitt has found a role on the Tennessee Titans, where he has recorded 19 catches for 192 yards and two scores over the past two seasons.

Diggs did not have the smoothest end to his career with the Vikings, but he was an excellent selection by Minnesota in the fifth round. As a rookie, Diggs had 52 catches for 720 yards and three scores. His first 1,000-yard season came in 2018 when he caught 102 passes for 1,021 yards and nine touchdowns. Last season he had 63 receptions for 1,130 yards and six scores. The Minneapolis Miracle will forever be a part of Minnesota sports lore and the fact that it came from a fifth-round pick makes the selection even better, not to mention the Vikings were able to recoup a first-round pick for him as part of the return in a trade with Buffalo.

Thompson was with the Vikings for a very short amount of time. After his first training camp with Minnesota in 2015, he was released then added to the practice squads of the Jacksonville Jaguars and Detroit Lions that same season. Since then he bounced around with the New Orleans Saints, Carolina Panthers and Seattle Seahawks but never could find a spot in the NFL.

Dubose faced an uphill battle trying to earn a spot on the Vikings 2015 defensive line and was signed to the practice squad. He was signed to the active roster after the regular season but did not play in Minnesota’s lone playoff game. Dubose was dealt some bad luck in the 2016 OTAs when he tore his ACL, which led to him missing the entire 2016 season and getting cut in 2017.

After winning two BCS national championships with the Crimson Tide, the young offensive tackle appeared in 14 games during his rookie season. Shepherd was cut in training camp the following year and since then he has bounced around on training camps and practice squads, but has not played in a regular-season game.

Robinson was with the Vikings for two seasons and managed to start two games for the team. He was with the New York Jets in 2017, stopped by on the Arizona Cardinals’ practice squad and, after stints in the AAF and XFL, signed this offseason with the Atlanta Falcons.

Back in the dugout: White Sox hire La Russa as manager

A tale of two halves: Seahawks storm back to defeat Vikings 27-26

Prince Charles On The “Often Distressing Experience” Of Quarantine Lockdown

Back in the dugout: White Sox hire La Russa as manager