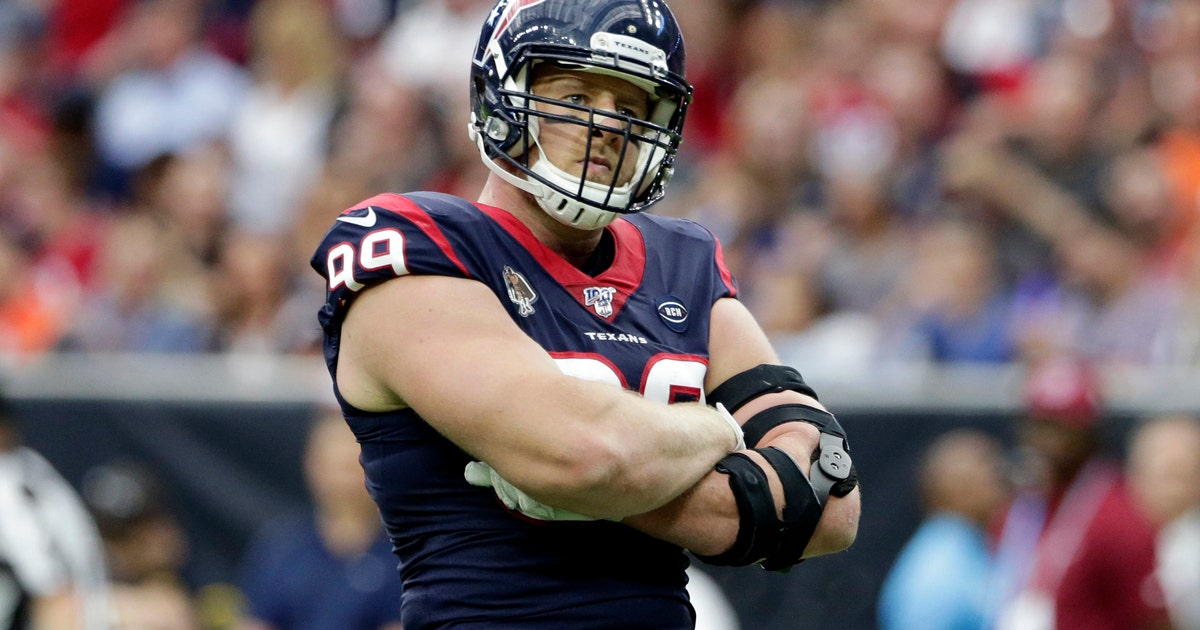 Tom Brady, J.J. Watt and Adrian Peterson are among eight unanimous selections to the 2010s NFL All-Decade Team announced Monday by the NFL and the Pro Football Hall of Fame.

Also chosen on every ballot of the 48-member Hall of Fame selection committee are Von Miller, Aaron Donald, Joe Thomas, Marshal Yanda and Justin Tucker. All but tackle Thomas and guard Yanda are active.

The 55-member team is comprised only of players who made an AP All-Pro team, a Pro Bowl or a Pro Football Writers of American all-conference squad from 2010-19. Four of the unanimous players — Brady, Miller, Yanda and Tucker — won Super Bowls during the decade.

“Being elected unanimously is really, really cool,” said Tucker, who has worked with the same long snapper and holder since breaking into the NFL in 2012. “There’s kind of a lot going on in the world right now, so it’s hard to be super excited about stuff that happens in the football world, but it is still an incredible honor.

“It’s something that I wouldn’t have had a chance at if it wasn’t for all the great people around me. It starts with (long snapper) Morgan Cox and (holder) Sam Koch on the field and includes (kicking consultant) Randy Brown, (former special teams coach) Jerry Rosburg, (current special teams coach) Chris Horton, coach (John) Harbaugh. They provide an environment for us as a special teams unit to thrive.”

Brady is joined at quarterback by another NFL champion, Green Bay’s Aaron Rodgers. Brady, of course, took three of his six Super Bowl victories during the decade with New England, going 141-42 overall, and recently left the Patriots as a free agent for Tampa Bay. Rodgers went 112-63-2 in the decade.

Peterson, the only non-quarterback to win MVP honors in the 10-season span, is accompanied by Lynch, Frank Gore and LeSean McCoy in the backfield. Darren Sproles is the flex player — and one of the punt returners.

Calvin Johnson, who becomes eligible for the Hall of Fame next year, is joined by Julio Jones, Larry Fitzgerald and Antonio Brown at wideout. The tight ends are Rob Gronkowski and Travis Kelce.

Along with Thomas, the tackles are Jason Peters, Joe Staley and Tyron Smith. Yanda’s fellow guards are Zack Martin, Logan Mankins and Jahri Evans. Alex Mack and Maurkice Pouncey are the centers.

The three cornerbacks are Sherman, Darrelle Revis and Patrick Peterson. Safeties are Earl Thomas, Eric Weddle and Eric Berry. Selected as defensive backs, in recognition of slot cornerbacks and other versatile players in the secondary, are Chris Harris Jr., and Tyrann Mathieu.

Tucker is joined by Stephen Gostkowski as placekickers. Shane Lechler and Johnny Hekker are the punters. Tyreek Hill and Sproles are the punt returners, while kickoff returners are Cordarrelle Patterson and Devin Hester.

Carroll and Bill Belichick are the coaches.

Meme Account-Branded Merch – Uncute’s Adorable, Inclusive Products Give Back to Youth in Need...

Dr. Marty Makary: I Hope There Is A Look Back And...