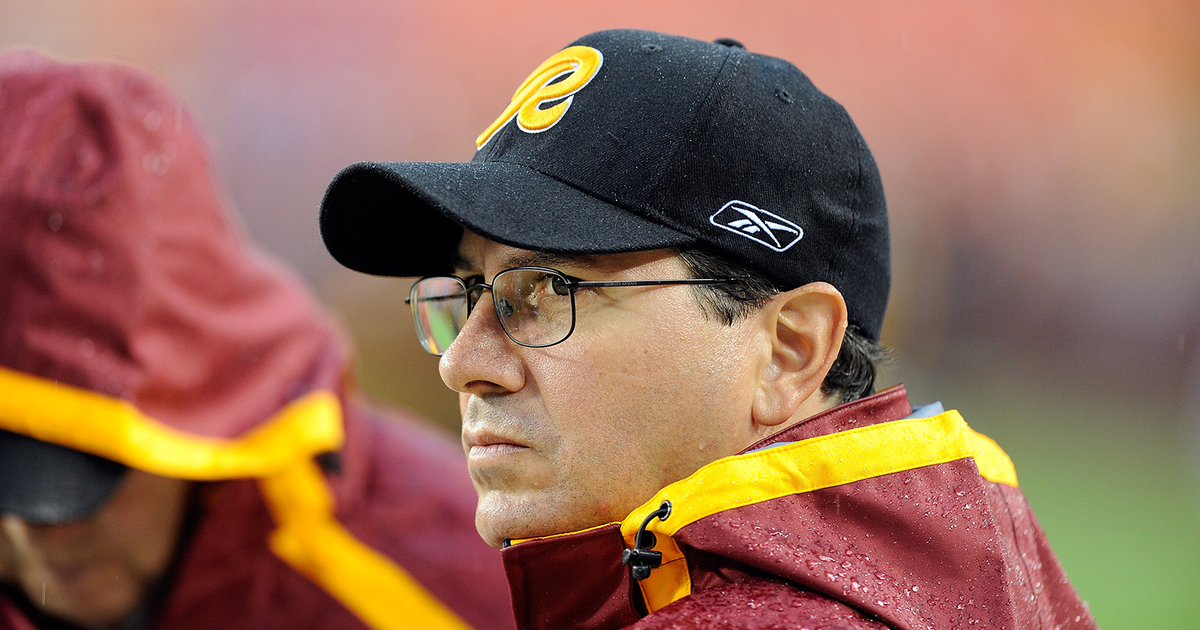 Owner Dan Snyder confirmed last week that the organization is actively reviewing a change, and head coach Ron Rivera spoke excitedly about the prospect of a swift shift in the name of the franchise.

“If we get it done in time for the season, it would be awesome,” Rivera told the Washington Post. “We want to do this in a positive way. We came up with a couple of names – two of them I really like.”

Like with virtually anything in these tense times, there will be some who love this move and some who are strongly opposed to it. Yet this column isn’t trying to tell anyone how to think — more to put forward the theory that such a change is something we will get used to in extraordinarily rapid time.

Sports fans like nostalgia. We love to reminisce, and we enjoy the parts of sports that have always been that way “just because.”

However, sports in general, and football in particular, continue to display the ability to be both timeless and modern, simultaneously. They depend on their history, but they have the ability to adapt quickly, as well.

“It’s going to happen, powerful people effect change. I don’t think Dan Snyder has a choice of the matter because the groundswell is so great & he will never have a better opportunity to do the right thing.” pic.twitter.com/Wr4lyBUxcZ

What will go away, then, if and when Washington’s key decision makers ultimately decide to make a change, is just a nickname. That’s all. Just a nickname.

Many of us had nicknames when we were younger. Sometimes they stuck, but in a lot of cases, we grew out of them, perhaps because they didn’t really apply anymore. Or perhaps, because what you got called by your college buddies wasn’t appropriate for polite workplace society or for meeting the in-laws.

In the case of Washington, yes, the nickname would go. The team, and everything about it that matters, stays.

The 87-year history? It remains. The three Super Bowl titles and two NFL Championships in the pre-Super Bowl era? They remain. The eternal greatness of Joe Gibbs and Sonny Jurgensen and Sammy Baugh? Still there, undimmed.

Sammy Baugh is one of 10 QBs selected to the #NFL100 All-Time Team!

“The thought of it shakes you a little bit at first, because it is what you have been used to all these years,” Washington fan Lincoln Dobbs told me last weekend. “But it is just a name. I love the team for a lot of reasons, but not because of that.”

Remember, fans of the St. John’s collegiate program didn’t desert their teams when the Redmen became the Red Storm in 1994. The University of Illinois’ sporting passion persisted when Chief Illiniwek was removed as the official mascot in 2007. And, as fans in our nation’s capital can already tell you, it now seems strange to hear of the Washington NBA team referred to as anything other than the Wizards, despite the Bullets having been in place for so long previously.

Fans fall in love with their teams for a wide variety of reasons. Often, geographical considerations come into play. A favorite player who captures the imagination can spark a lifelong thread of fandom that lingers long after the athlete’s careers ends. Researchers have found that the colors come into play more often than you’d think.

But is the primary reason that anyone loves their team really the nickname?

Former Washington running back Brian Mitchell doesn’t think so. “I love the team. And I know people go, ‘I love the team, it’s all I’ve ever known.’ But my question is, do you actually cheer for the actual name?” Mitchell said to NBC Washington. “Or do you cheer for the concept and the people? I think that’s the whole thing about it. If you still have a name that represents this area, you’ll still go for that.”

The NFL’s fifth most valuable franchise (according to Forbes) has been through everything from the pinnacle of Super Bowl triumph to decades-long streaks of mediocrity. Washington will still have all of its entries into the record books — all of those fond memories, and all of the bleak ones, too.

A change of nickname is a fresh start, and an acknowledgment that “Redskins” has the capacity to cause offense, and action taken upon that understanding. Making a change does nothing to alter the fabric of a franchise or to tarnish the memories of yesteryear. The Washington football team is still timeless, even while its decision reflects the sentiment of the modern world.

“I have been campaigning for years for this nickname to go away,” FOX Sports’ Skip Bayless said on Undisputed last week. “It gets virtually impossible on a sports debate show not to use it, because it’s just the name of the team, so, forgive me for that. I have campaigned like many others in the media to get rid of this name.”

“It was just wrong from the start. I’ve said for years just how derogatory the term is.” pic.twitter.com/HOjBwlJG9d

And Bayless acknowledged the thorny position that Snyder, owner of the team since 1999, had long been in.

“The sentimentality of the deep love that he has for the team blinded him to the fact that that nickname does offend some native Americans, not all,” Bayless added.

What the name could be changed to will be a popular source of debate. CNN reported that the Washington Redtails name was gaining traction online, given that it sounds similar to the existing name but would be positioned as a tribute to the bravery of the all-Black Tuskegee airmen who fought in World War II. Washington quarterback Dwayne Haskins has publicly supported the Redtails idea.

And there are others. The director of the Smithsonian Institution’s National Museum of the American Indian, Kevin Gover, proposed an inclusive, patriotic change in the Washington Post: “Well, you’ve got the Nationals [in baseball]. What about the Americans?” Gover said.

“You know, in the 17th and 18th centuries, when a European writer referred to Americans, they were not talking about the colonialists. They were talking about the Native Americans. And that’s how they were referred to. Even scientific literature at the time comparing the different races said, well, you’ve got Africans, you got Asians, you got Europeans and you’ve got Americans. It’s a much more inclusive term.”

It is, indeed. Change is almost certainly coming. That’s what happens in football, and in life. So tell me you won’t rush to take a look at the new logo, jersey and signage, should it be unveiled?

Of course you will. As much as we like nostalgia, a fresh start brings its own level of anticipation, too.

Philip Rivers and the Chargers are moving on from each other