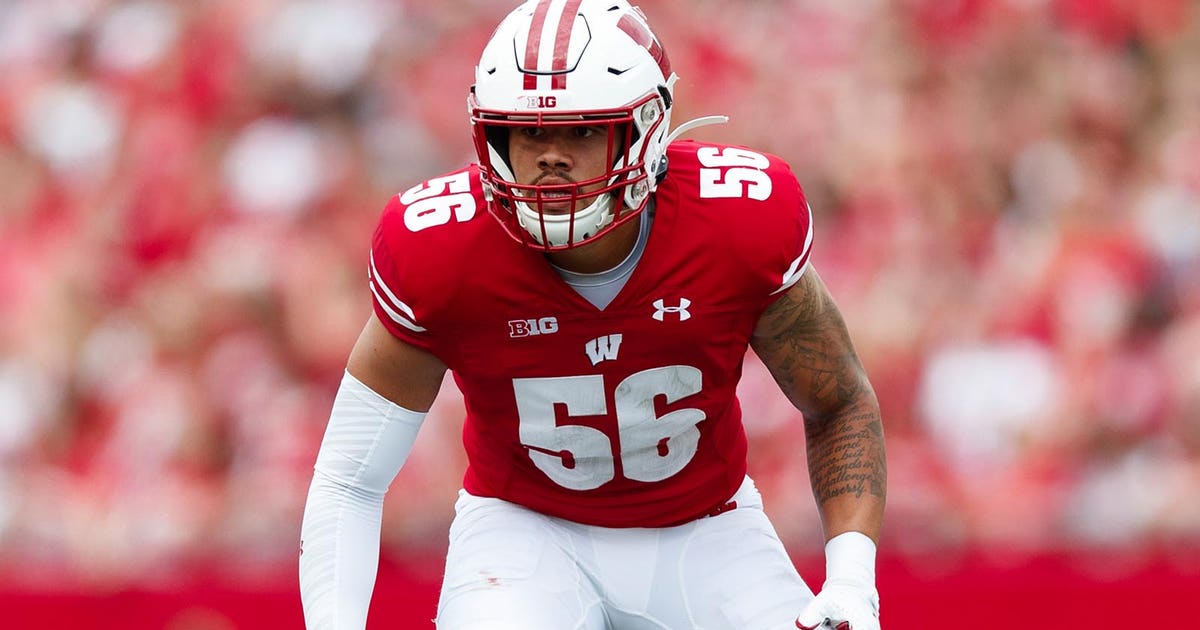 Like many high school football players, Zack Baun dreamed of playing and succeeding on a larger stage. But not even Baun could imagine how far he’s come in four years.

The one-time quarterback and Offensive Player of the Year at Brown Deer High School now sits on the precipice of potentially being a first-round selection in the NFL draft. At worst, it seems, Baun will go in the second round. As a linebacker.

Forget high school, Baun didn’t picture this even being a possibility until midway through his senior year at Wisconsin.

When asked if he could have dreamed of this outcome back at Brown Deer, Baun admitted “I always had big goals and aspirations, but honestly not at all.”

Baun got a little playing time as a redshirt freshman in 2016, recording 15 tackles and 3.5 tackles for loss, but his transition from QB to outside linebacker hit a snag the following year when he suffered a foot injury which forced him to miss the entire 2017 season.

After getting over the initial sadness and frustration over being injured, Baun used his now-free time to improve in other areas. He worked out and put on a few pounds of muscle and really dug into the playbook to get an even better understanding of the position he’d been playing for just a short time.

“I was still using that as a transition year,” he said. “Getting a gist on what the position was like, what the atmosphere was like. It took that long, yeah.”

With a year as a starter behind him, as well as more work in the weight room and soaking up the intricacies of the defensive scheme and position, Baun entered his senior year in 2019 with a confidence that he hadn’t had previously. And it translated onto the football field.

“We always knew he had the ability to be the kind of player everybody saw this year, but it was just him getting confident in the playbook, him getting confident in the scheme and making it his own,” said former teammate and inside linebacker Chris Orr. “Him knowing what he had to do each play and then adding his own flair to it and making those big plays. I think the biggest growth I saw from Zack was just his confidence. He’s always been a hard worker on and off the field, so the culmination of all that coming together this year showing the type of player he could be.”

To say Baun had a breakout season would be an understatement. He finished with 76 tackles, 19.5 TFL and 12.5 sacks (only one Power 5 linebacker in the nation had more) and was named a consensus first-team All-American.

“I went into my senior pretty confident in what I could do,” Baun said. “Obviously, I didn’t know I was going to so that well – as well as I did – but it turned out for me.”

Having such a season got Baun a lot of recognition and the laurels that come with it. The NFL was taking notice, too, of course.

Baun was invited to the Senior Bowl – where the coaches had him practice all week at weak inside linebacker.

Baun next went to the combine, where he thought he did well, with one exception. He ran a 4.31 in the 20-yard shuttle, mainly to his legs being “gassed” after running the 40-yard dash and doing position work. It was the one test he redid at Wisconsin’s Pro Day and he crushed his combine mark with a time of 4.08 seconds.

The testing is all well and good, but Baun think teams rely 80% on what they’ve seen on game film. “But,” he noted, “obviously things you do after can help you in big ways as well.” And what Baun put on film this past year was very, very good.

Playing in Wisconsin’s defense will only help his transition to the NFL. Baun said defensive coordinator Jim Leonhard runs a scheme similar to what pro teams run, and in fact similar to defenses Leonhard, a 10-year NFL veteran, played in himself.

“The scheme gave me the ability, as an outside linebacker, to do a lot of different stuff. And coming into college I knew that. I was really an athlete they were trying to transition to play outside linebacker,” Baun said. “In that scheme you have to be athletic, you have to be fast, you have to do a lot of things right. And it takes a while for that technique to catch up to your athleticism. So, I think the scheme gave me the ability to showcase a lot of my different attributes.

“Throughout the time (Leonhard) made sure guys understand how elite of a defense we’re running, how complex and intricate the defense is so naturally it’s a seamless transition to the NFL which is why you see so many Badgers succeeding at the NFL level.”

Baum, of course, isn’t in the NFL yet. While mock drafts have him going in the first or second round, Baun claimed he hadn’t paid any attention to his round projection. But he does know this – no matter what, he’s not done learning and not done getting better.

“Obviously there’s the money, but regardless if I’m a first-round, second-round or seventh-round (pick) the point is I have an opportunity to make a stamp on the coaches and carve my way onto a team and hopefully have a chance to be successful, and that’s all I’m really hoping for,” Baun said.

When recounting his progress at Wisconsin and what got him there, Baun paused to ponder all the things he had done to get to the level of play he attained as a senior. And then as an aside to himself, but perhaps also a message for prospective NFL teams, he proclaimed “I have so much more in me and so much more I can get out of myself, and I know that.”

However you measure it, Chiefs’ Honey Badger is playing better than ever