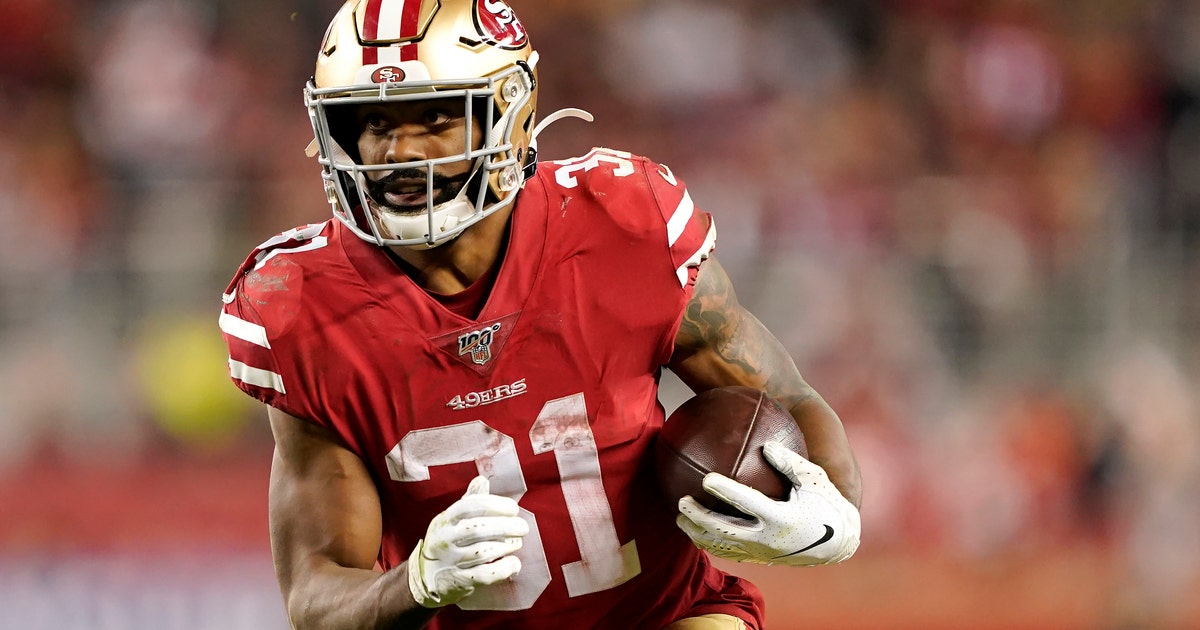 San Francisco 49ers postseason breakout star Raheem Mostert requested a trade from the team after being unable to renegotiate his contract.

Agent Brett Tessler made the request public on Wednesday after talks with the 49ers failed to lead to a new deal to replace the three-year contract Mostert signed in 2019 when he was still mostly a special teams standout.

“After months of unproductive talks with the 49ers about fairly adjusting Raheem Mostert’s contract (which paid him for special teams) we have requested a trade,” Tessler wrote on Twitter. “Disappointing that it would come to this for a guy who led all NFL RBs in YPC & helped lead them to the Super Bowl.”

Mostert has a base salary of $2,575,000 this season and $2,875,000 next season as part of the deal he signed with the 49ers last year. Fellow running back Tevin Coleman is set to be paid $4.55 million this season despite having more than six carries just once in the final five regular-season games and three playoff appearances after Mostert emerged as the team’s top back.

The 49ers already traded running back Matt Breida to Miami earlier this offseason, leaving Mostert, Coleman, Jerick McKinnon and Jeff Wilson as the veteran halfbacks on the roster. McKinnon has missed the past two seasons with knee injuries.

After being cut by six teams and carrying the ball only eight times during his first three seasons in the NFL, Mostert was a key part of San Francisco’s NFC championship in his fifth year in 2019.

He led the 49ers in rushing with 772 yards and ranked second in the NFL to Ravens quarterback Lamar Jackson by averaging 5.64 yards per carry.

Mostert provided the signature performance of his career on the big stage of the NFC championship game when he ran for 220 yards and four touchdowns in a 37-20 win over Green Bay that sent the Niners to the Super Bowl. Only Hall of Famer Eric Dickerson has rushed for more yards in a playoff game, with 248 for the Rams against Dallas on Jan. 4, 1986.

Mostert ran for 773 yards and 12 TDs in his final 10 games combined in the regular and postseason, easily eclipsing his modest career totals before that point.

He was hoping to have the featured role this year and wants to be compensated for that.

US deported Venezuelans through third country despite risks

MSNBC’s Mika Brzezinski Rages At Facebook For Not Censoring Enough: “Nobody...