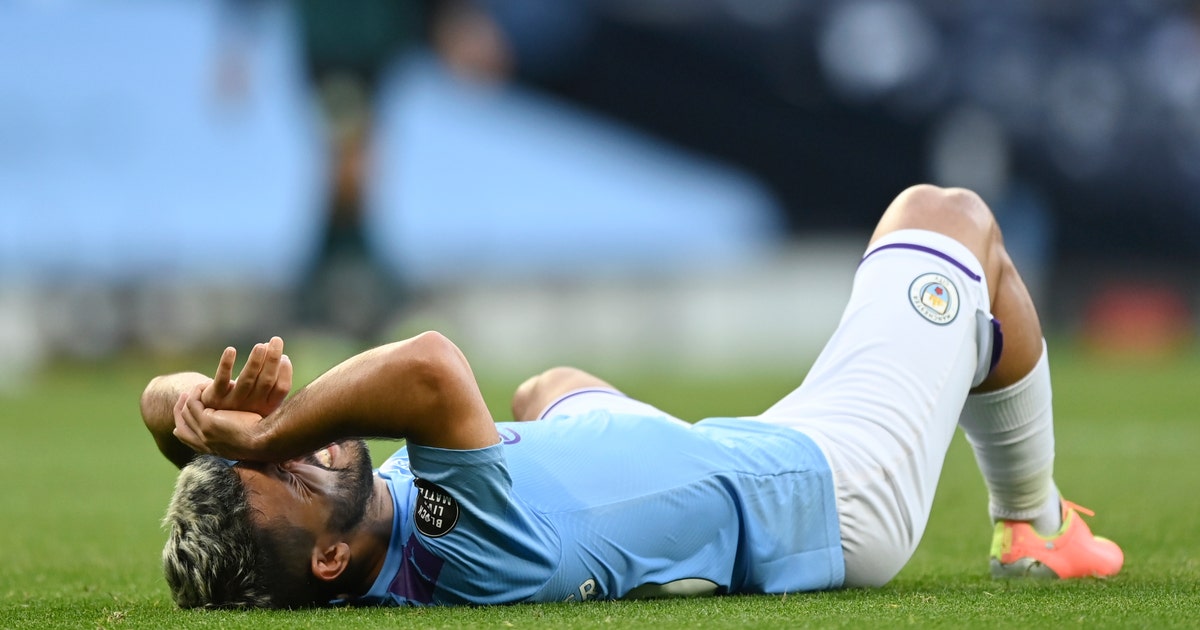 MANCHESTER, England (AP) — Sergio Aguero handed Manchester City a big injury worry inside the first week of the English Premier League’s resumption by hobbling off with a knee problem during their 5-0 thrashing of Burnley on Monday.

Riyad Mahrez and Phil Foden both scored twice for City, but the most significant part of the game might be the sight of Aguero walking off the field in first-half stoppage time and signalling pain behind his right knee to manager Pep Guardiola, who reacted by shaking his head.

City’s all-time leading scorer already appeared in discomfort after having a blocked shot midway through the half when he was fouled by Burnley defender Ben Mee in the area. A penalty was awarded by the video assistant referee. The Argentina striker stayed down, clutching his knee, and soon left the field.

Mahrez converted the penalty to make it 3-0 at halftime, having scored a brilliant individual goal a few minutes earlier.

Foden, a young midfielder tipped for great things at City, started the scoring in the 22nd minute and got his second of the night in the 63rd.

David Silva, the man who Foden is likely to replace as City’s long-term playmaker, made it 4-0 in the 51st.

Leroy Sane, who has turned down two contract offers from City and could leave in the offseason, entered as a 79th-minute substitute for his first appearance of an injury-hit season.

Off the field, Burnley issued an apology and a strong condemnation of those responsible for a banner reading “White Lives Matter Burnley” being towed behind an aircraft over Etihad Stadium at the start of the game.

“This, in no way, represents what Burnley Football Club stands for,” Burnley said in a statement, “and we will work fully with the authorities to identify those responsible and issue lifetime bans.”

All players at Premier League teams have replaced their names on the back of their shirts with the words “Black Lives Matter” in support of a movement that has gained popularity worldwide since the killing of George Floyd in the United States last month.

Caitlyn Jenner, Liz Cheney and the Future of the Republican Party, and Should President...