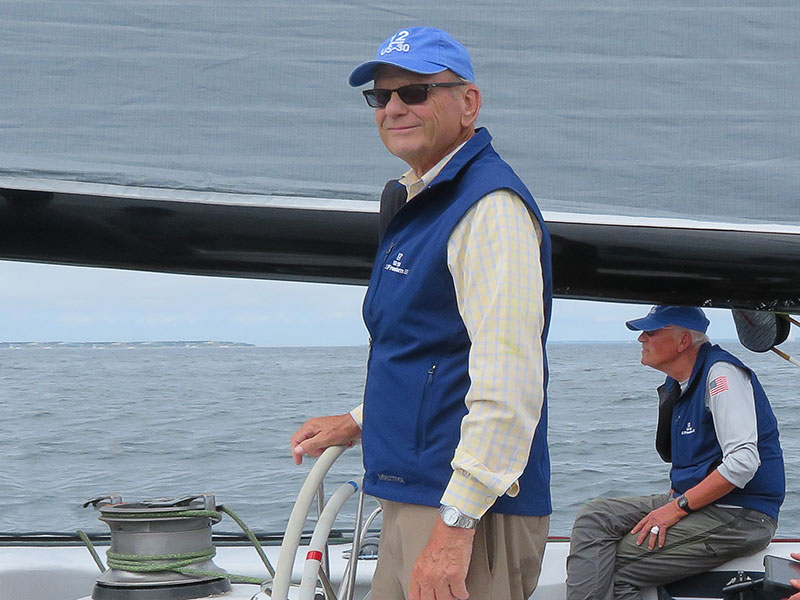 The founder, chairman and chief executive of American Cruise Lines, Charles A. Robertson, has passed away. His son, Charles B. Robertson, has been appointed as the river cruise line’s new CEO, the company’s Board of Directors has announced.

“My father was a visionary and pioneer of the cruise industry and it is an honor to lead the organization he created,” Robertson said in a written statement. My brothers and I have followed in his footsteps and will remember him as a tremendous leader, mentor, and father. We have prudently worked toward this transition, and with the support of our executives and employees, will continue our dedication to our guests and commitment to growth.”

Charles A. Robertson started his career as an airline pilot, and he remained a pilot throughout his time leading American Cruise Lines. Since founding the river cruise line in 1991, he grew it to an operation with over 35 itineraries in 25 states, including Alaska and Florida. American’s fleet will grow to 13 vessels by the end of the year, including four Modern Riverboats, which have debuted a patent-bending opening bow and retractable gangway.

Robertson was also an avid sailor with a USCG Master and Unlimited First-Class Pilots license, and he won a number of international and national sail races over the course of his lifetime. He was named one of our sister publication’s Travel Agent Cruise Innovators for 2019.

Charles B. Robertson joined American Cruise Lines in 2003 and was named a vice president in 2014.

Meghan McCain vs. Mary Trump: “This Is Just A Great Way For You To...