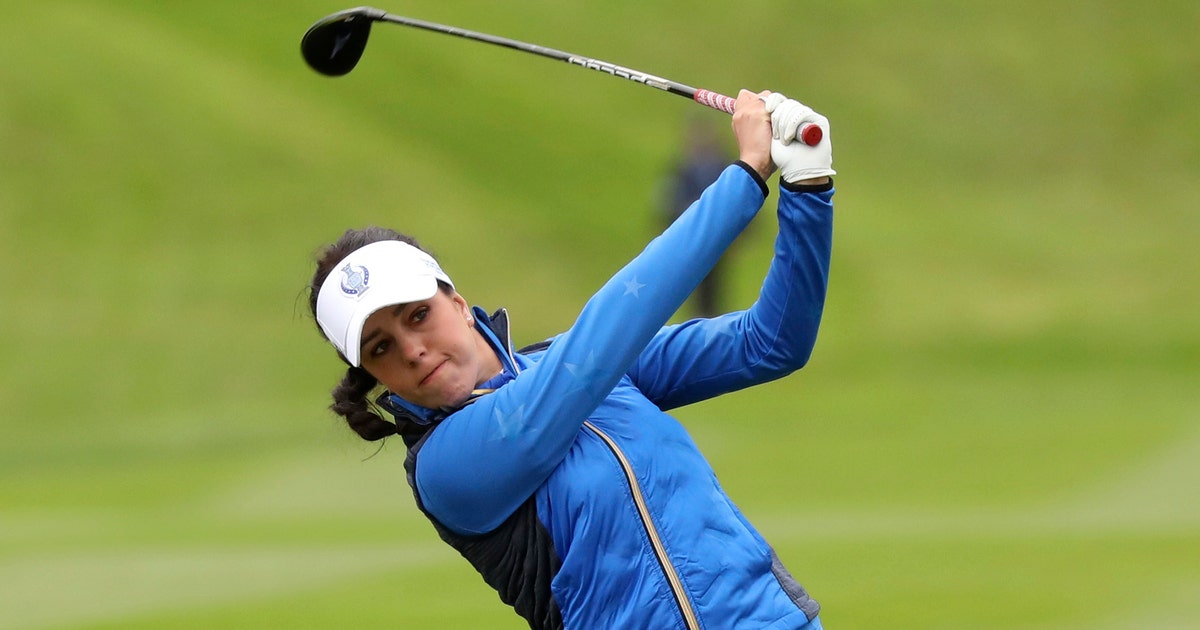 Georgia Hall is using Britain’s lockdown during the coronavirus outbreak to do things she mightn’t otherwise have got round to in a typical golfing year.

Like watching a re-run of last year’s Solheim Cup, in which she played the starring role.

“It was the first time I’ve watched it back properly,” Hall said of Europe’s 14 1/2-13 1/2 win over the United States at Gleneagles that might go down as the most dramatic Solheim Cup ever.

“Seeing how we all ran onto the 18th green at the end. I was still smiling as I was watching it.”

When it comes to golf, that’s pretty much all Hall and the world’s other players have at the moment: Memories.

The pandemic that has virtually closed global sports means there’s no prospect of any competitive golf for the foreseeable future, perhaps until after the summer.

“I’m hoping maybe August or September we’ll be able to play again,” Hall said in a phone interview from her home near Bournemouth in southern England.

Yet even that timescale might be optimistic, with Hall not expecting the Women’s British Open — scheduled for Aug. 20-23 at Royal Troon on the west coast of Scotland — to go ahead.

“I’m going to guess it won’t be on,” she predicted, and for Hall that would be especially hard to take.

It was at her home major in 2018 where she captured the biggest title of her career, winning by two shots at Royal Lytham to become the first English-born champion since 2004.

Her pedigree was enhanced by winning all four of her matches at the Solheim Cup last year, including against Lexi Thompson in the singles, to be tied as the top individual point-scorer that week.

It makes the 23-year-old Hall a big deal in women’s golf — even if she hasn’t won on either side of the Atlantic since that week in Lytham. She fancied her chances on the Troon links, too, having finished tied for 35th in her title defense at Woburn.

“I absolutely loved the whole things that came with being reigning champion and defending the title — I would love to have that every year,” Hall said.

“It wasn’t my favorite place to play, it didn’t suit me, but I am actually quite happy with where I finished on that golf course. But Troon, I think, suits me a lot more so I would look forward to playing there.”

For now, she’s having to settle for using recently purchased chipping nets in her garden and a couple of putting mats inside the house she moved into only last month. Practising her long game isn’t really possible in a lockdown.

Hall reckons it will take her only a few days to get back up to speed whenever competitive golf does return, and that it’s just about “keeping positive” in the meantime and preparing for what could be a glut of back-to-back tournaments at the end of 2020.

For Europe-based players, the pandemic has punctured some of the optimism generated by the announcement last year of a joint business venture between the Ladies European Tour and the U.S.-based LPGA Tour.

It put women’s golf in Europe on arguably its best ever footing, increasing the number of events on the schedule to 24 — there were 15 in 2018 — and the total prize money to nearly $20 million, a third more than last year. It was supposed to mark the dawn of a vibrant and lucrative era.

So far, though, only three LET events have been played in 2020 and six events have already been called off. Five have been postponed — in Saudi Arabia, Spain, Belgium, Netherlands and Morocco — while the inaugural Scandinavian Mixed event, which would have been held in partnership with the men’s European Tour, has been canceled.

More events are bound to fall victim to the virus in the coming weeks, with the international nature of modern-day golf further complicating matters in terms of arranging possible restart dates while travel bans are in place. While Britain and the U.S., for example, might be hitting their peak in the pandemic, some countries in Asia are coming out of the other side and are weighing up when to reopen sport.

A drastically revised LPGA schedule has seen the U.S. Women’s Open pushed back to Dec. 7-13. Another major, the Evian Championship in France in early August, is under threat.

“There’s a lot of questions we can ask the commissioner of the LPGA (Mike Whan),” said Hall, whose last tournament was in Australia in February, “but even he doesn’t know the answers.”

’64 Tokyo Olympics: A man from Hiroshima lights the cauldron