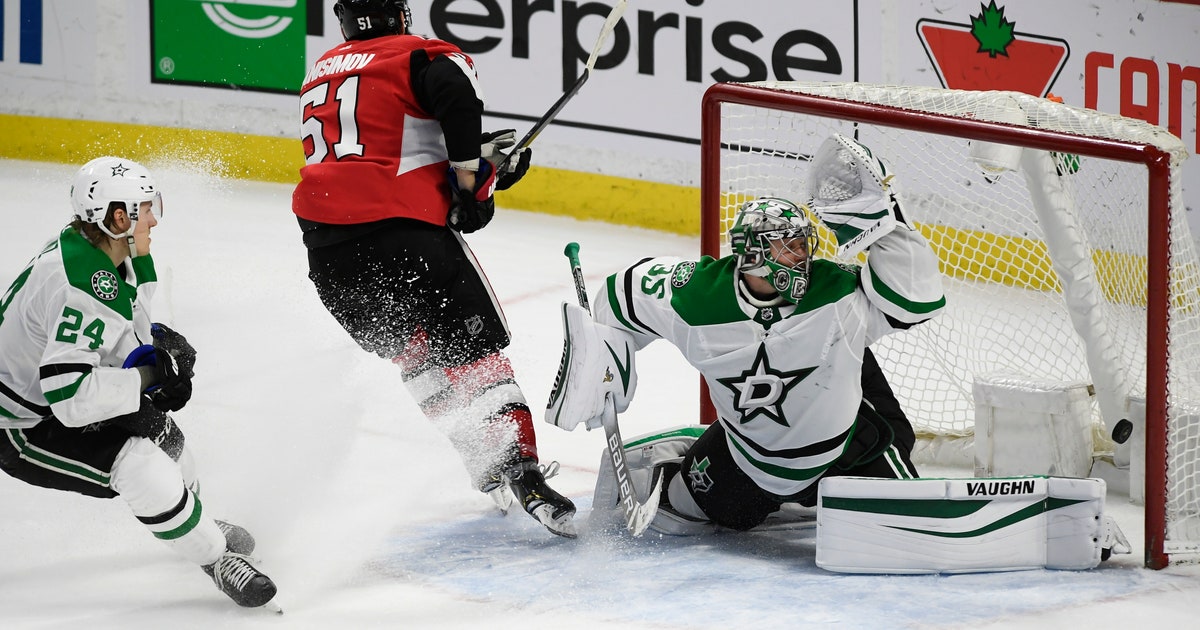 OTTAWA, Ontario (AP) — Artem Anisimov scored at 3:48 of overtime to give the Ottawa Senators a 4-3 win over the Dallas Stars on Sunday night.

Both teams were playing their third game in four nights. Ottawa was coming off a 4-2 loss to Toronto on Saturday, while the Stars beat the Canadiens 4-3 in overtime in Montreal the same night.

Ennis broke a 2-2 tie midway through the third as he picked up a rolling puck and backhanded it into an open net.

The Stars tied it with 5:11 remaining when Tyler Seguin found a trailing Pavelski to beat Anderson stick side.

The Senators outshot the Stars 19-12 in a scoreless second period after each team scored twice in the first.

The Stars got lucky on the opening goal as Klingberg’s shot deflected off Nikita Zaitsev’s skate and right past Anderson at 3:03.

Ottawa tied it on a power-play goal by Pageau as he buried a one-timer off a great pass by Tkachuk at 7:36.

The Senators took the lead late in the period as Anthony Duclair picked up his own rebound and fed Tkachuk, who had a wide-open net with 1:50 left.

The Stars tied it 33 seconds later when Seguin won the draw and Johns’ slap shot made its way through from the blue line.

NOTES: Duclair extended his goal-scoring drought to 21 games. … Ottawa’s Nick Paul played in his 100th career game. … Dallas D Roman Polak was back in the lineup after being a healthy scratch Saturday night.

Senators: Host Buffalo on Tuesday night in the fourth of a six-game homestand.