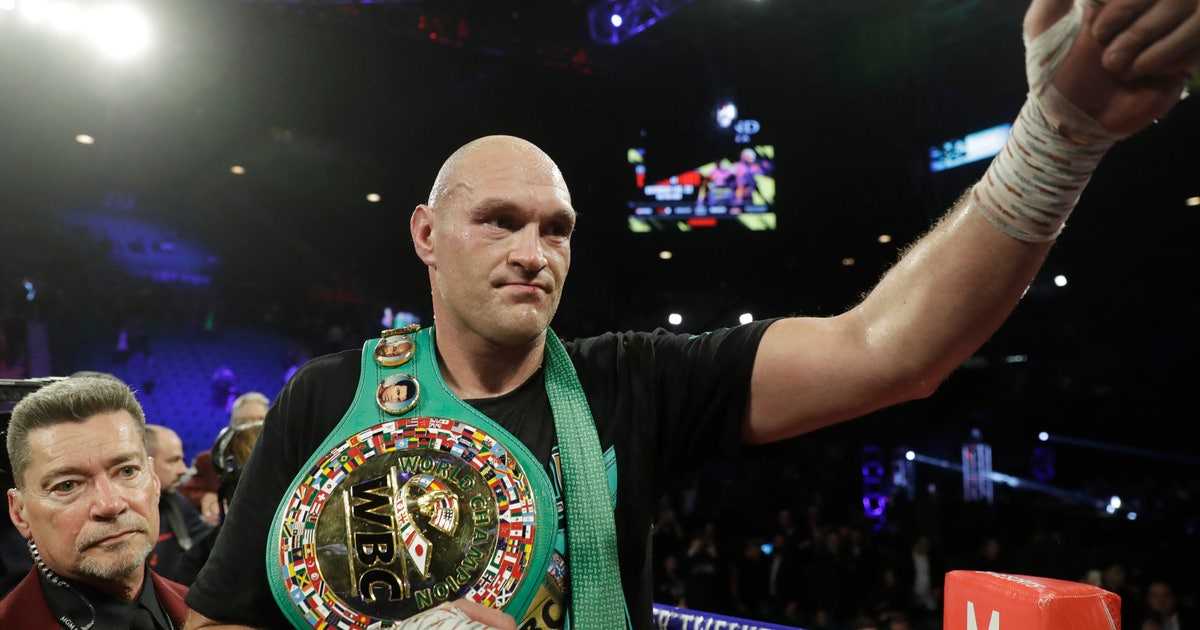 LONDON (AP) — Britain’s anti-doping body is expected to look into allegations in a newspaper report in which a farmer said he was offered money to provide an alibi in support of Tyson Fury for a case involving the world heavyweight champion.

Fury and his cousin Hughie were handed retrospective two-year bans by UK Anti-Doping in 2017 after initially testing positive in 2015 for nandrolone, which they blamed on eating uncastrated wild boar meat.

In the case, farmer Martin Carefoot said he provided the Furys with wild boar. But he has backtracked in an interview with British newspaper The Mail on Sunday, saying he was offered 25,000 pounds (nearly $31,000) to make up the story in order to aid their case.

Boxing promoter Frank Warren, who currently works with Tyson Fury, has described the farmer’s claims as “outrageous” and “a load of rubbish.”

“We’ll leave this with UKAD to look into and don’t expect it to go any further,” Warren said.

Asked for comment on the new claims about the Furys’ anti-doping case, UKAD said: “We will always review any potential evidence in relation to any anti-doping offense, and take investigatory action where necessary.”

UKAD urged anyone with information that could be of interest to contact its organization and said it will only comment on an investigation when it’s concluded, and only then if there was a successful prosecution.

Neither Fury has publicly commented on the newspaper story. Tyson Fury’s representatives, MTK Global, did not immediately respond to a request for comment.

Tyson Fury beat Deontay Wilder in Las Vegas last month to become WBC champion. In November 2015 — after he tested positive for nandrolone, but before he was charged and subsequently handed a ban — he became a WBA, IBF and WBO champion by beating Wladimir Klitschko.

WBC champion Mauricio Sulaiman told The Sun that the issue “does not impact on him (Fury) being our heavyweight world champion” because Fury was “not involved with the WBC” at the time of his case with UKAD.

The Latest: Hawaii to wait to waive quarantine requirement