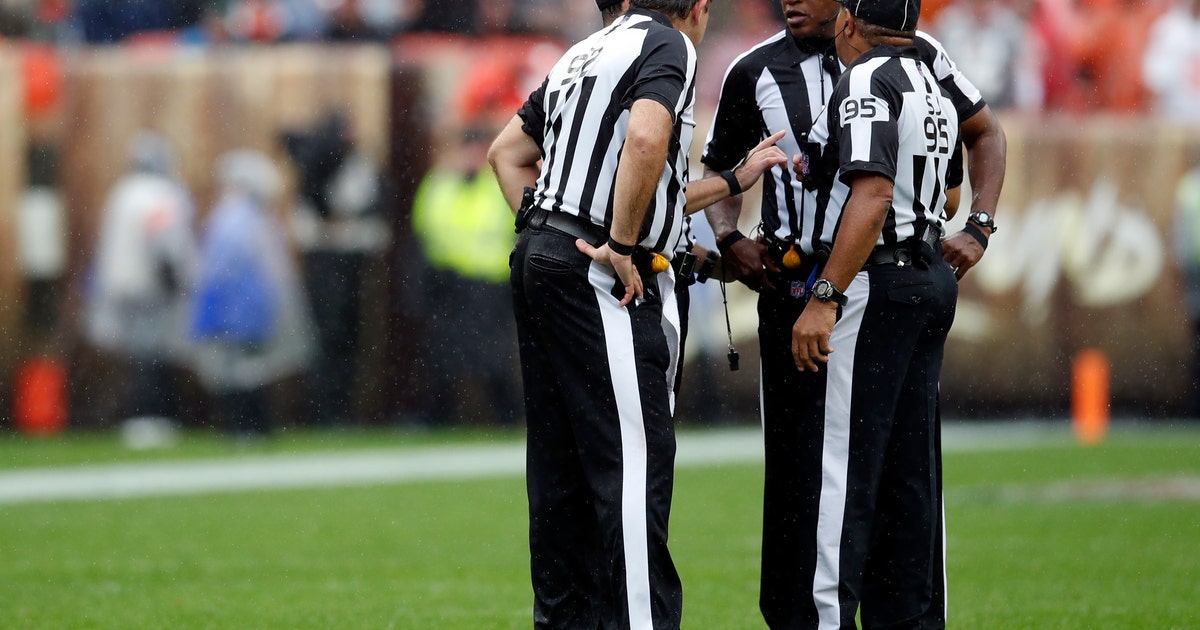 NEW YORK — The NFL has tabled a proposal for a booth official who would aid calls by using a video feed, a person familiar with the decision tells The Associated Press.

The league’s competition committee told teams last month it supports studying ways to determine how officiating personnel who have access to a video feed could help on-field officials. A booth umpire would serve as an eighth game official.

But when the owners vote on rules proposals in a conference call Thursday, they instead will look at alternatives to a booth official, the person said on condition of anonymity because the league has not announced the move.

Those alternatives will focus on preseason tests of expanding the authority of the current replay assistant as he communicates with on-field officials.

Several reasons for dismissing the booth official suggestion have been offered, from the extra cost of another permanent official to the fact college football has such a setup. Regardless, the league’s approach to improving officiating now will center on enhancing the current system.

Earlier Wednesday, the NFL clarified the rules proposal for an alternative to an onside kick.

The Philadelphia Eagles have proposed allowing one fourth-and-15 scrimmage play from the 25-yard line of the team kicking off. It can be done only in regulation time, and be used twice. Should the team attempting the play succeed, it would keep the ball. If the defense is successful, its offense gets the ball at the spot where the play is blown dead.

A regular onside kick would remain an option.

Team owners will discuss and possibly vote on the Eagles’ suggestion Thursday during a league-wide conference call. The idea is to virtually eliminate the onside kick, which is considered more dangerous than most other football plays, while offering a substitute that could be exciting — and game changing.

Recent rules changes regarding alignments on onside kicks and run-ups for kicking team players have turned the exercise into something of a relic attempted only in desperate situations. In the last two years, fewer than 10% of onside kicks succeeded.

After the kicking team notifies the referee it wants to attempt the fourth-and-15 play, it would need to reach its 40-yard line to convert. However, penalties incurred on the previous play, such as a field goal or extra point, would apply and would change the line of scrimmage for the play, which would remain a fourth-and-15 attempt.

Once a team has opted for the scrimmage play, that decision sticks — unless the team calls a timeout before running the fourth-and-15 play. It could then notify the referee it has decided to kick off instead, and do so. That would seem like a waste of a timeout.

If the offense has run the alternative play and been flagged for a penalty, the yardage is marked off and another scrimmage play is run. Switching to kicking off instead is barred in that scenario.

The game clock would not run for the play, though a 25-second play clock would be in force.

Some people within the NFL find the proposal gimmicky, and there’s some support for trying it in the preseason as an experiment, then evaluating its impact. But due to the coronavirus pandemic, it’s uncertain if the NFL will have a preseason or what it would look like.

Trump Tests Positive for The Coronavirus and A New Survey from RealClear Education Reveals...

Road field advantage? It has been for the Packers