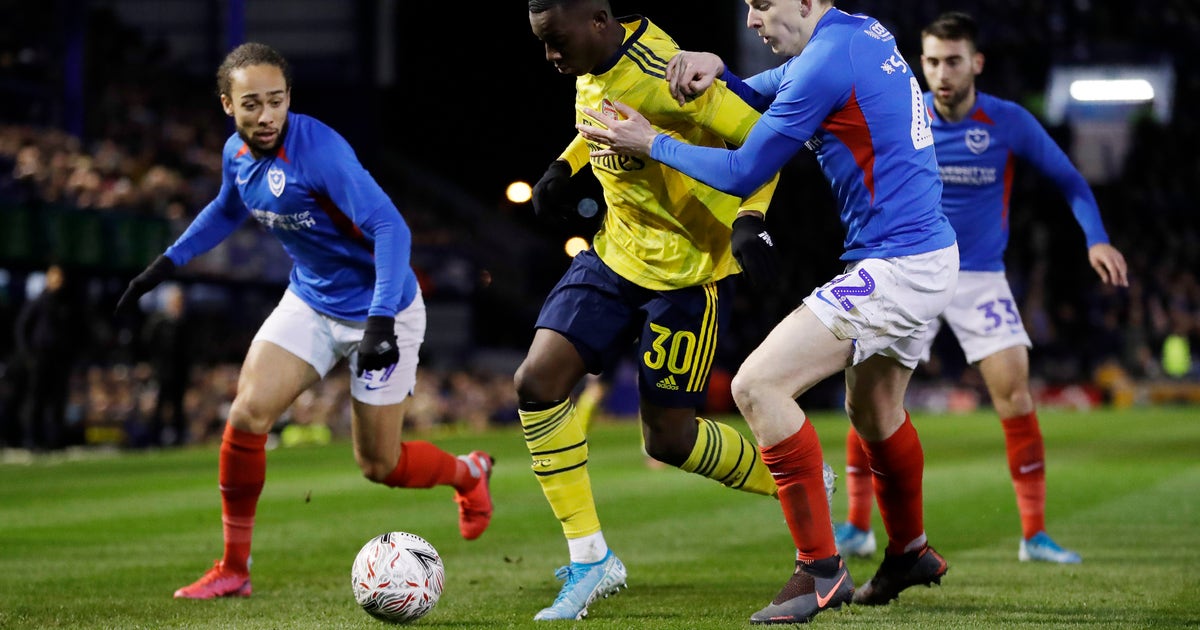 PORTSMOUTH, England (AP) — Arsenal advanced to the sixth round of the FA Cup after overcoming a spirited Portsmouth 2-0 at a raucous Fratton Park on Monday.

Portsmouth, unbeaten at home in League One, had the better of the first half, only for Sokratis Papastathopoulos to brilliantly volley Arsenal ahead, and Eddie Nketiah to double the lead after the break.

For Arsenal and coach Mikel Arteta, who made nine changes including resting captain Pierre-Emerick Aubameyang, this was a good response to crashing out of the Europa League last Thursday. They stayed alive to try and add to their record FA Cup titles.

Arsenal’s somewhat slow start was not helped when Lucas Torreira was floored by a strong challenge from James Bolton which resulted in the midfielder being taken off on a stretcher and replaced by Dani Ceballos.

In the fourth minute of injury time, an Arsenal corner was cleared to Ceballos, who played in England Under-21 international Reiss Nelson to cross for Sokratis to turn home with a fine volley.

Arsenal was much faster out of the blocks for the second half and doubled its advantage soon after when Nketiah finished well from close range following another Nelson center.

FC Dallas withdraws from the MLS is Back tournament

Tucker Carlson on Coronavirus: “When Can We Expect The Apex? The Truth Is We...

Rate of guns seized at airport checkpoints jumped in 2020