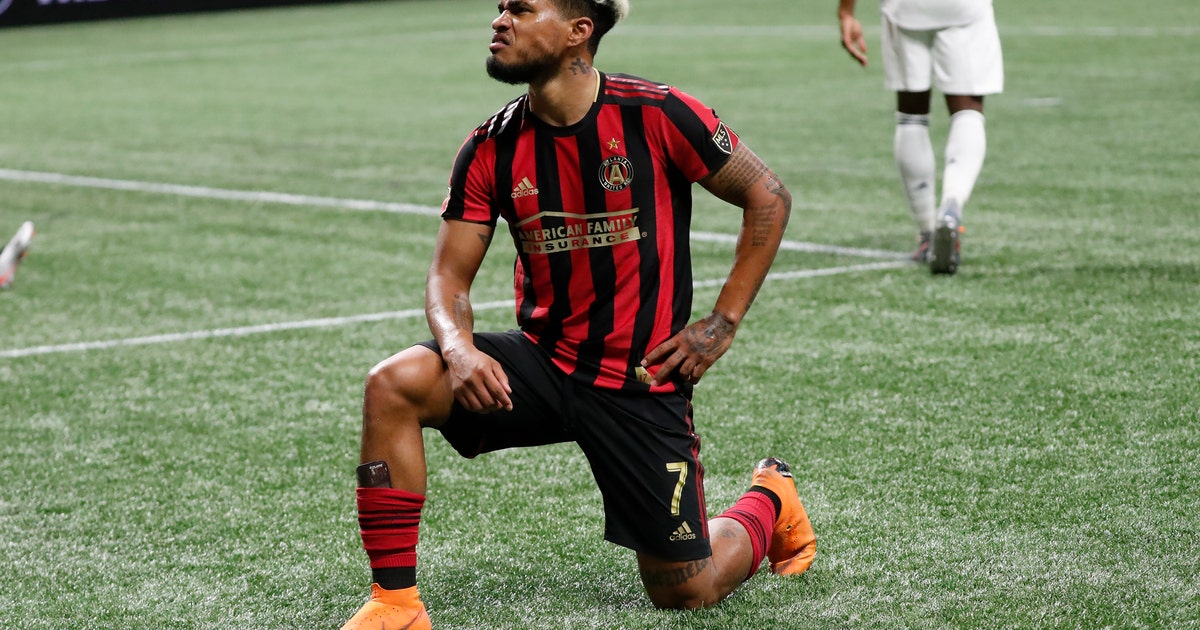 ATLANTA (AP) — Atlanta United star Josef Martinez underwent surgery on his right knee Wednesday, more than two weeks after he tore the ACL during the league-opening match at Nashville.

Martinez posted an update on his Instagram page after the operation at UPMC hospital in Pittburgh. The striker was smiling and giving a thumbs-up as he posed in his bed alongside one of his doctors, Volker Musahl.

Also performing the surgery was Freddie Fu, the Pittsburgh-based orthopedic specialist who was hailed for saving Zlatan Ibrahimovic’s career after he ruptured knee ligaments in 2017.

Martinez was injured Feb. 29 in a 2-1 victory over Nashville to open the Major League Soccer season. He is expected to be out for much of he year, though the season is now on hold because of the coronavirus outbreak.

“In the midst of the humanitarian crisis we are all living through, in which more than ever we need to think about and take care of each other, just wanted to share that I’m blessed that my knee surgery today went well,” Martinez wrote.

The 26-year-old Venezuelan went on to thank the hospital, his doctors, his teammates “and most of all the city of Atlanta for the unconditional support. Also, everyone in Venezuela and around the world for the good wishes and support. God bless and protect us all in these challenging times.”

Martinez, the league’s 2018 MVP and one of its most dynamic offensive players, scored two goals in a two-legged victory over Honduran club Motagua in the opening round of the CONCACAF Champions League.

After he was injured, United played two more games — a 2-1 victory over Cincinnati in the MLS home opener and a 3-0 loss at Mexican powerhouse América in the opening leg of the CONCACAF quarterfinals — before all competitions were halted for at least a month in an effort to stem the virus from spreading.

It could take up to six months for Martinez to recover from his injury, which means he might be able to return before the end of the season.

It could be next season before Martinez fully recaptures the form that carried him to a then-record 31 goals two seasons ago, when he led Atlanta United to the MLS Cup title. The mark was broken last season when Carlos Vela scored 34 goals for Los Angeles FC.

With his fearless play in front of the net and ability to score with both feet and his head, Martinez has tallied a staggering 77 goals in 84 MLS matches since entering the league for United’s debut season in 2017. He had 27 goals in 29 regular-season matches last season.

The Latest: Barrett’s confirmation hearing ends for the day

American who enthused Bali was queer-friendly being deported