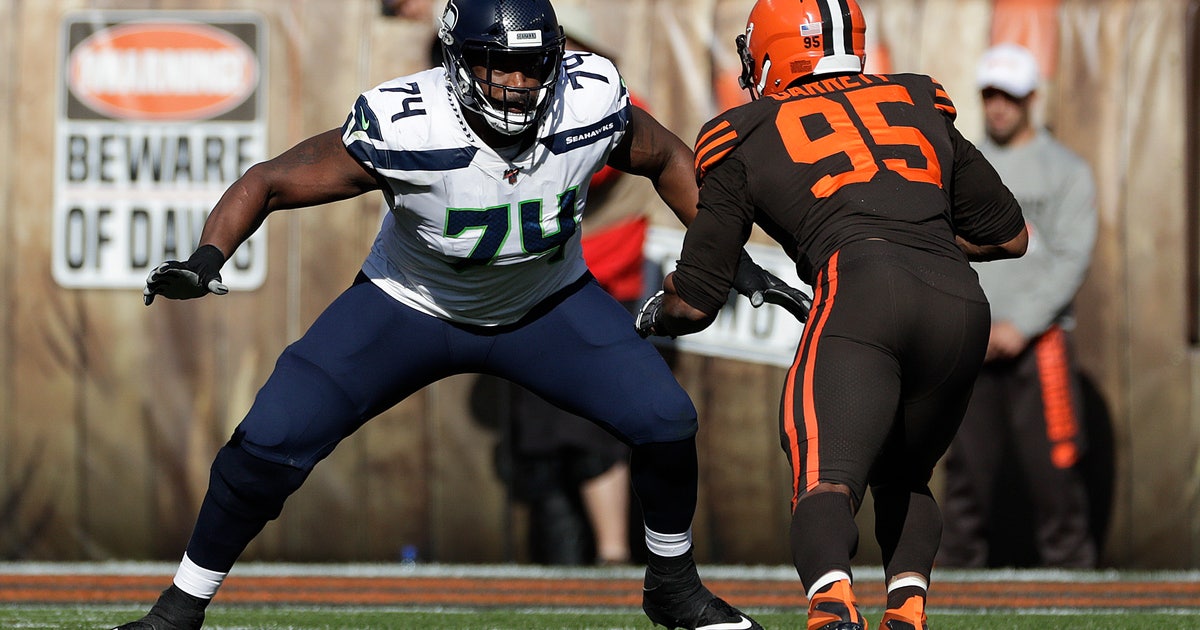 He had no idea then that football would ultimately be his path to stardom.

Heck, Fant didn’t even play the sport until his fifth year of college. Yet, here he is with the New York Jets with a hefty contract and a likely starting gig at offensive tackle as one of Sam Darnold’s newest protectors.

“My love for basketball has kind of changed to my love for football,” Fant said Thursday during a Zoom call with reporters. “I kind of got burned out with basketball. And now I’m, like, freshly in love with a new sport.”

After four seasons in Seattle as a backup and sometime starter, Fant signed a three-year, $30 million deal with the Jets in March. It was one of the first major offseason moves by general manager Joe Douglas and signaled the beginning of an overhaul of New York’s offensive line.

“I’m excited about his athleticism,” Douglas said. “I think he’s going to be a good fit into our scheme. The things he can do, his lateral quickness, he’s going to have a great opportunity to come in and compete for a starting spot.”

The Jets also selected massive Louisville tackle Mekhi Becton with the No. 11 overall pick in the draft, and Fant is looking forward to working with the youngster. With the 6-foot-7, 364-pound Becton’s arrival, though, it’s uncertain if the 27-year-old Fant will man the left tackle spot or the rookie.

“I’m not really getting that deep into that thing,” Fant said. “It’s not even about the position. It’s about just getting on the field.”

That said, Fant had very specific intentions when he signed with the Jets.

“I’ll say that, you know, that was my thing for leaving Seattle: I wanted to play left tackle,” Fant said. “I feel really comfortable at the position. I think that’s where I offer the best abilities and be able to help the team the most. I’m versatile, I can play both sides. I’ve played the right tackle spot as well and I’ve done a pretty good job with that side.”

Wherever he ends up, Fant has set lofty goals. And, he fully intends to meet them.

“An All-Pro level, that’s what I feel I’m capable of getting to,” he said. “I’ve just got to go out and prove that now.”

It’s difficult to believe he won’t do exactly that. Not after all he has already accomplished.

Fant grew up in Bowling Green, Kentucky, with basketball all around him. His mother, Kim, played at Western Kentucky and his father, George, served as a men’s basketball manager for Hilltoppers coaches Clem Haskins and Murray Arnold. So, it seemed only natural that Fant would also end up on a court.

And, it turned out, he was really good. At 6-foot-6 and 250 pounds, he was a force, leading Western Kentucky in rebounding in each of his last three seasons and placing eighth on the school’s career list. Fant averaged a career-high 13.8 points as a senior, and finished 13th in school history in points.

With an extra year of eligibility remaining after his final basketball season, but realizing his pro aspirations might take him overseas instead of the NBA, Fant finally gave football a try — after not having played it since eighth grade. He was initially slotted as a tight end — following a path set by fellow basketball-turned-football stars Tony Gonzalez, Antonio Gates, Jimmy Graham and Julius Thomas. Fant played in 12 games, mostly on special teams, and had one catch for 7 yards.

“I wasn’t able to lift weights in basketball because I would get too big,” said Fant, who now weighs 322 pounds. “I couldn’t jump or move like I wanted to. So, once I got to football and started lifting weights, I immediately went from like 250 to like 280. It was kind of getting rough to be a tight end, so I moved positions a lot.”

Despite Fant’s football inexperience, Seattle liked his athleticism and signed him as an undrafted free agent in 2016. He was moved to offensive tackle, won a backup job — and made his first career start in Week 8 of his rookie season.

And, he believes his basketball skills helped him make a successful jump to football.

“I feel like when I’m on the field, I’m probably the most athletic person on the field,” he said. “That plays out great for me, especially in pass (protection). I look at it like I’m playing defense, just moving my feet, standing in front of the defender. I’m just adding my hand placements and stuff in there now.”

Fant has played in 46 NFL games with 24 starts, showing consistent promise as he continues to learn the game. And, he looks forward to powering his way to success.

Just as he once did on the basketball court.

“I’m just ready for another opportunity to go out there and start,” Fant said, “and show the NFL and everybody – and prove to myself as well — that I know that I can play at a high caliber and really show what I can do.”