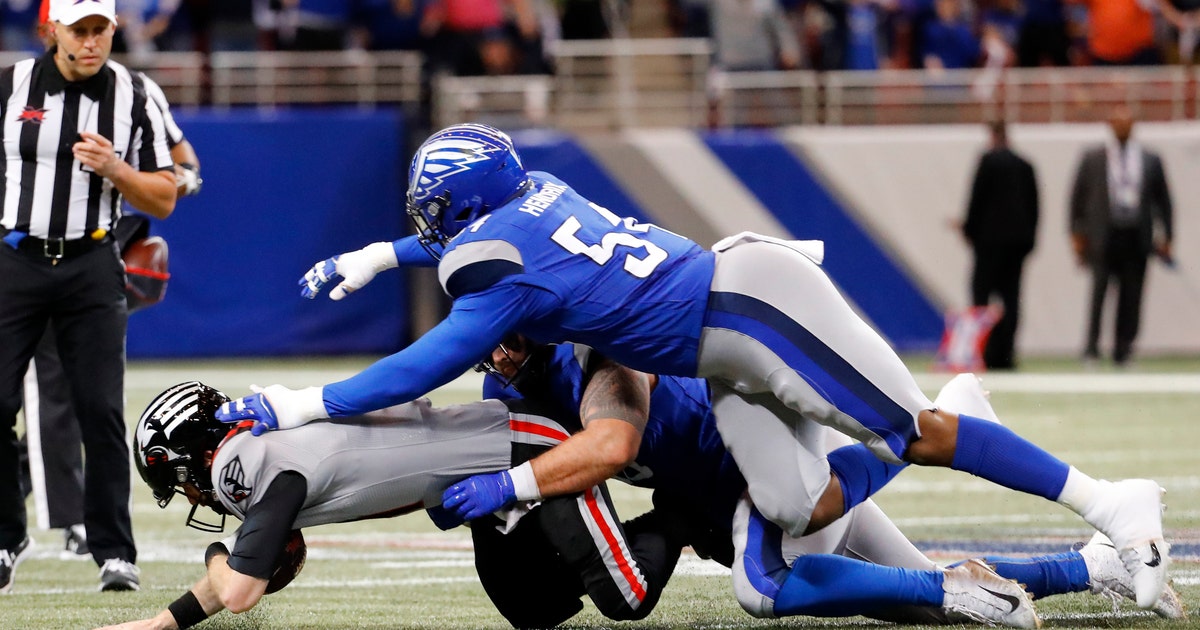 PITTSBURGH — A stint in the XFL has landed three players jobs with the Pittsburgh Steelers.

The team signed defensive end Dewayne Hendrix, safety Tyree Kinnel and linebacker/long snapper Christian Kuntz to one-year deals on Monday. All three played in the XFL under the startup league that suspended operations earlier this month because of the COVID-19 pandemic.

Hendrix had four tackles and a sack for the St. Louis BattleHawks. Kinney finished with 17 tackles for the DC Defenders while Kuntz served as the long snapper for the Dallas Renegades.

The signing is a homecoming for both Hendrix and Kuntz. Hendrix played for the University of Pittsburgh from 2015-18 while Kuntz is from the Pittsburgh suburbs and played at Duquesne University. Kuntz, who won the Northeast Conference Defensive Player of the Year Award twice, spent some time with the Steelers during training camp last year but did not make the 53-man roster.