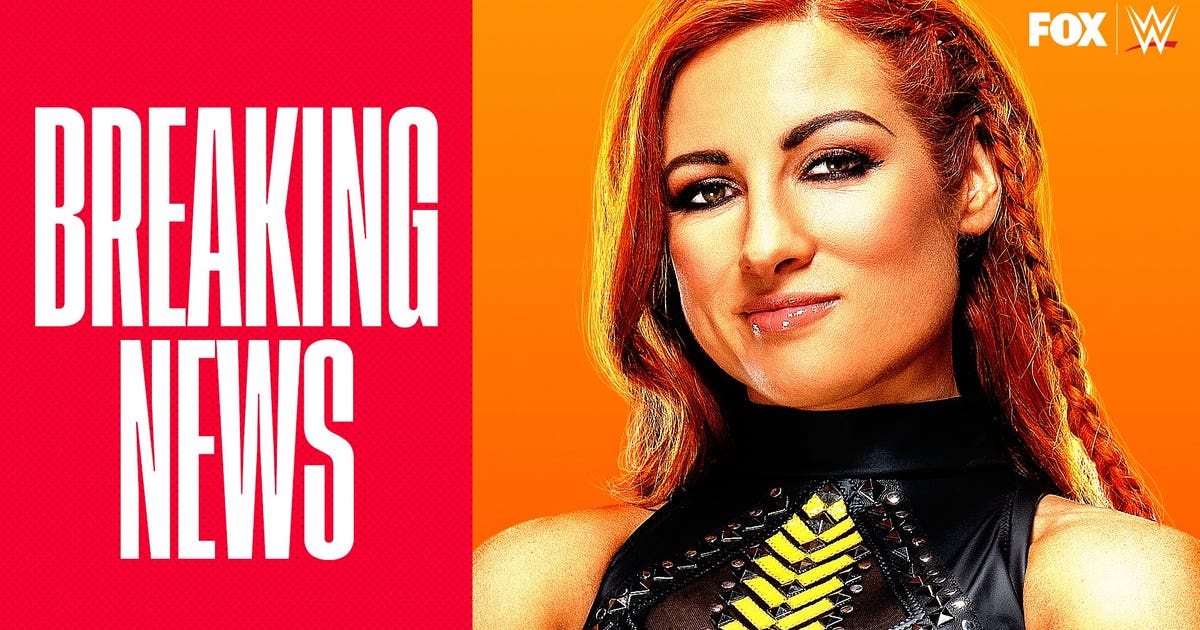 Becky Lynch’s record-setting reign as Raw Women’s Champion has come to an end, thanks to a new beginning.

On Monday, one day after Mother’s Day, The Man relinquished her title and announced to the world she’s pregnant in an emotional segment on Raw. She came to the ring carrying the Women’s Money in the Bank briefcase and spoke of big changes and her gratitude to fans. And when Asuka appeared to claim her contract, Lynch dropped the bombshell, embracing her longtime rival:

Lynch won the title at WrestleMania 35 in 2019, where she beat Ronda Rousey and Charlotte Flair in the first-ever women’s main event at WWE’s biggest show. As that story line unfolded from late 2018 into 2019, Lynch became one of the faces of the entire WWE, let alone the women’s division, and christened herself “The Man.”

Since then, Lynch has stood tall against competitors like Lacey Evans, Sasha Banks, Shayna Baszler, and Asuka herself, running her time as champion to nearly 400 days before Monday’s announcement.

#TheMan @BeckyLynchWWE is now the Superstar with the most total days as RAW Women’s Champion! pic.twitter.com/yHrZeuzOLf

In fact, 2019 was quite the year for Lynch, and not just in the ring. She was engaged to fellow WWE Superstar Seth Rollins on August 22 of last year; ahead of her announcement on Monday, she told People that while she’s always been “so career-focused,” her relationship with Rollins helped convince her that now was the time:

“I’ve always, always wanted kids,” Lynch tells PEOPLE of her pregnancy. “I’m just so career-focused that it became one of those things that, when you’re chasing a dream for so long, I always wondered, ‘Am I going to get around to it? Is it going to happen for me?’ ” …

“When we got together, things started to look a lot clearer and I knew he was the person that I wanted to have kids with — that this was going to happen and it was just a matter of when,” Lynch explains.

Lynch also shared that she and Rollins are expecting in December.

On Monday, after her segment on Raw, Lynch took to Twitter and reflected on her journey in WWE so far:

I have no idea what happens from here, but I do know that you’ve made all my dreams come true. I entered the PC in 2013 not knowing anyone, I’ll leave that same building tonight with my new family. Thank you all so much. pic.twitter.com/auSvwtx3gp

And as soon as the news broke, WWE Superstars and the WWE Universe offered their congratulations, love, and well wishes, starting with Lynch’s best friend, Charlotte:

Congratulations Bex. Beyond happy for the both of you! pic.twitter.com/SVFI7lJd4Q

SO happy for you @BeckyLynchWWE💚 #Raw

What theeeee CONGRATS TO @BeckyLynchWWE and @WWERollins on the announcement today!!! Wow. Segment gave me chills on raw. You’re gonna be great parents! And congrats to @WWEAsuka on becoming in the champ 👏🏻👏🏻❤️🔥

Wow!!! Goosebumps!!! Welcome to the Mommy Club!! It’s a great club to be apart of!! You’ll be an amazing mother like you were a Champ. Xxoo -Brie https://t.co/DTYvZzPwtY

The biggest congrats to @BeckyLynchWWE!!! What a run she’s having!!! Breaking All-Time @WWE #Raw Championship Records, having an awesome scene on the @SHO_Billions premiere, and now, MOM TO BE!!!! A belated Happy Mother’s Day to you! INCREDIBLE!

OMG!! Congratulations @BeckyLynchWWE & @WWERollins 💙🍼💗 That’s incredible news & I couldn’t be happier for you both 🥰 #WWERaw

AND YOUR WINNER IS….BECKY LYNCH!

I LOVE YOU, BECKY – and am SO happy for you and Seth! Enjoy EVERY moment of being a mom…I think you are going to be the GOAT of mommys!

As for when Lynch might return? In that aforementioned People interview, The Man left the door open to all possibilities:

When it comes to returning to the ring, Lynch says she won’t be making a decision any time soon. “It’s just such a joyous time and then such a sad time too. I loved this and I’ve given my life to this. I’ve achieved everything that I want to achieve in this business,” she explains.

No matter what’s next or when it might happen, all we have to say is congratulations to Becky, Seth, and their budding family.

We’ll miss you, too, @BeckyLynchWWE … but we couldn’t be happier for you! #WWERaw pic.twitter.com/iZteMLNXlN

Manfred hopes to keep expanded playoffs, runner on second in extras beyond 2020

Finally ready to play, Badgers already had ups and downs in AP poll

Kudlow: There’s No “Epic Struggle” With Mnuchin Over Next Stimulus Package, “We Work Hand...

No crowds delight art lovers in Italy at re-opened museums