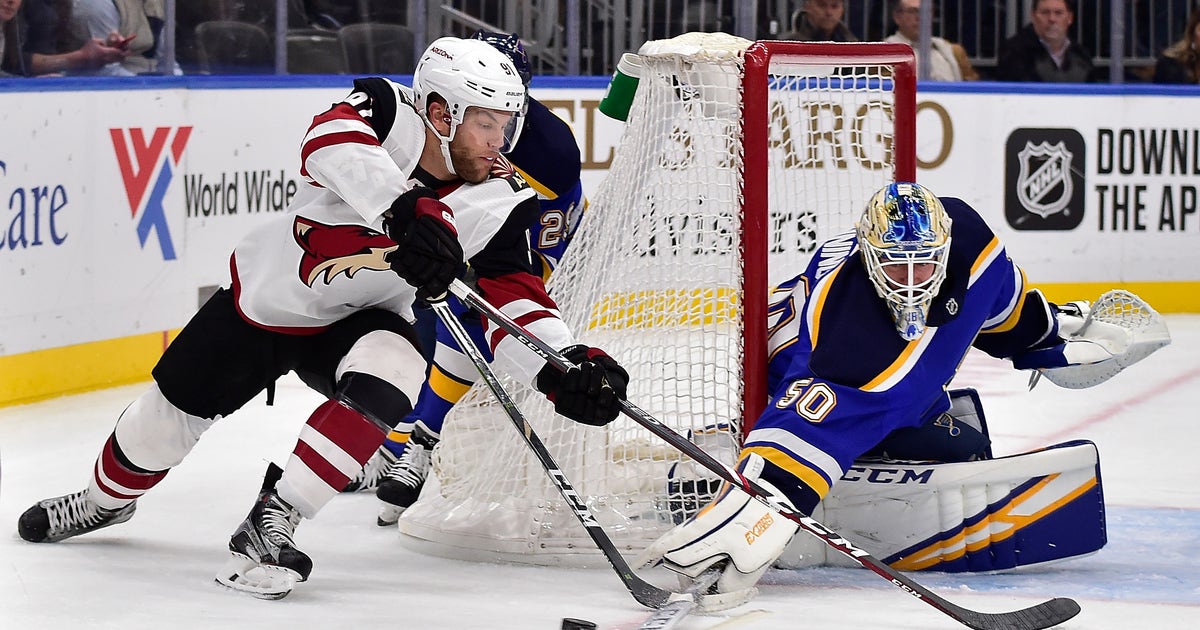 ST. LOUIS — Ryan O’Reilly scored and Jordan Binnington made 14 saves to lead the St. Louis Blues to a 1-0 win over the Arizona Coyotes on Thursday night.

Binnington recorded his second consecutive shutout and the eighth of his career. He had allowed at least three goals in eight straight starts prior to his shutout performances.

O’Reilly scored on the Blues’ 43rd shot, a backhander with 8 minutes remaining in the third period that caromed off the goal post, hit Raanta in the back, and bounced into the goal. The goal was O’Reilly’s 11th of the season and just his third at home.

St. Louis outshot Arizona 28-12 through the first two periods, including 19-4 in the second.

David Perron appeared to have scored his team-leading 24th goal of the season on a slap shot from the left faceoff circle 9:52 into the second period. However, Arizona coach Rick Tocchet successfully challenged that Jaden Schwartz entered the zone offside, negating the goal.

Arizona was unable to convert on a 53-second, two-man advantage 9:38 into the first period, when Oskar Sundqvist was called for slashing with Justin Faulk already in the penalty box.

Ryan O’Reilly says Marco Scandella made an immediate impact in the #stlblues‘ win over the #Yotes: “This really suits his style, the way our team is. You see tonight, the plays he made, his physicality — it’s nice to have him.” pic.twitter.com/a8zJuivHrm

Coyotes: Host Tampa Bay on Saturday in the opener of a three-game homestand.

Blues: At Dallas on Friday night in first of a two-game trip.