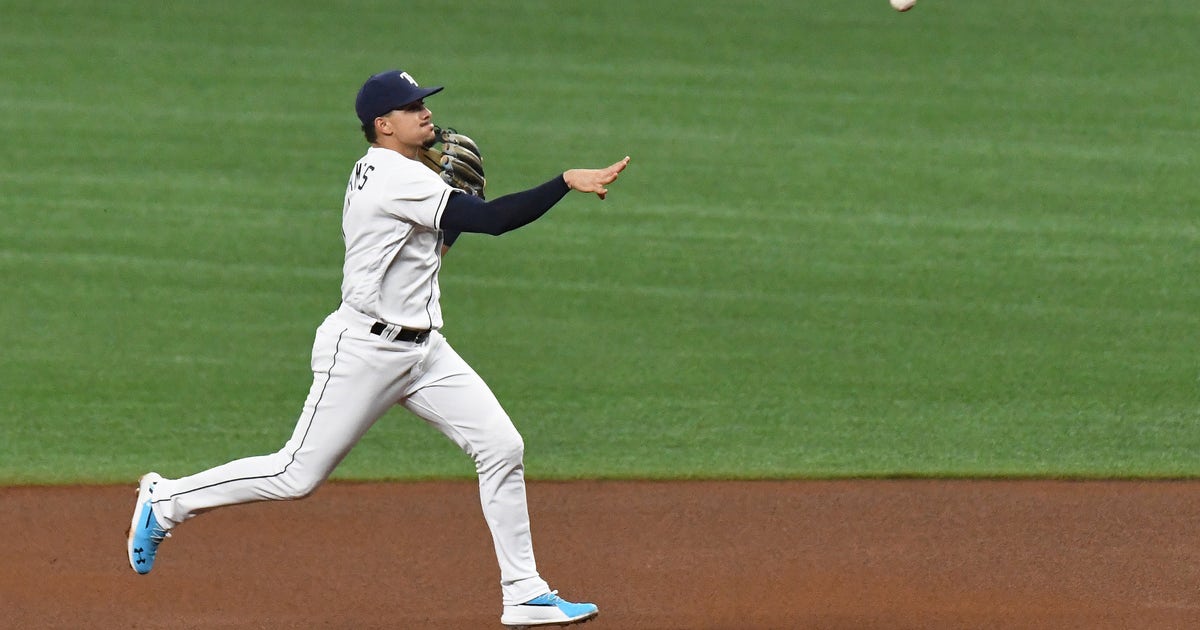 Yoshi Tsutsugo drew a leadoff walk from Adam Ottavino (2-1) in the eighth and went to second with one out when Kevin Kiermaier walked. Both runners advanced a base on a wild pitch before Perez put the Rays up 1-0 on his fly to center.

Chaz Roe (2-0) went the final two innings for the win.

Masahiro Tanaka allowed one hit and struck out five over five innings, retiring his final 13 batters after giving up a first-inning single to Yandy Diaz. The Yankees’ right-hander needed just 59 pitches in his second start after beginning the season on the concussion list after being struck in the head by Giancarlo Stanton’s liner during a July 4th summer camp simulated game.

After being held hitless by Blake Snell and Andrew Kittredge through five innings, the Yankees got their first hit when DJ LeMahieu lined a single to right with one out in the sixth off Pete Fairbanks.

Snell needed 59 pitches to get through three innings, striking out five and walking two. Kittredge followed with two perfect innings.

The Yankees loaded the bases, on three walks, with two outs in the seventh but Nick Anderson struck out struggling Gary Sanchez on three pitches.

Mike Tauchman had a leadoff double in the eighth but was thrown out for the first out on LeMahieu’s grounder to short.

New York’s season opening stretch of homering in 12 straight games ended. Only four teams have had a longer run.

The Rays called up LHP Sean Gilmartin from the alternate training site. The reliever is married to White House press secretary Kayleigh McEnany. He appeared in one game with Baltimore last season and has a 4-5 record with a 4.18 ERA in 79 big league games overall.

Tanaka faced fellow Japanese star Tsutsugo for the first time in a professional game and held him hitless in two at-bats. Tsutsugo joined the Rays this season.

Rays: Reliever José Alvarado was placed on the paternity list. … RHP Yonny Chirinos is out due to right triceps inflammation. … OF Manuel Margot was reinstated from the bereavement list and placed on the COVID-19 related IL. He is undergoing required intake testing after going to the Dominican Republic following the death of his father. Manager Kevin Cash said Margot’s first test was negative.

Yankees RHP Gerrit Cole (3-0) and Rays RHP Tyler Glasnow (0-0) are the expected starters in Game 1 of a doubleheader Saturday. Cole is seeking his 20th consecutive win, dating to May 27, 2019. Both teams will rely their bullpens in the other game.

Life after the bubble: CJ McCollum releases his first wine

Hunter Dickinson propels Michigan to 81-71 OT victory over Oakland (WITH...