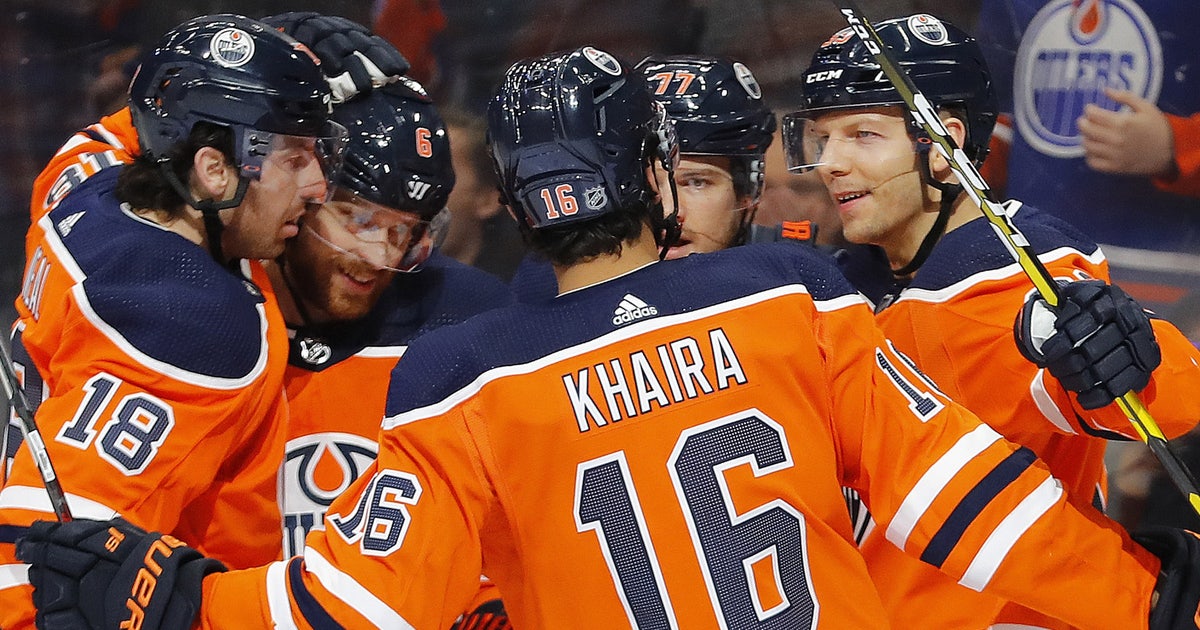 EDMONTON, Alberta (AP) — Mikko Koskinen made 46 saves and Alex Chiasson had a goal and an assist as the Edmonton Oilers beat the Columbus Blue Jackets 4-1 on Saturday night to move into a tie for first place in the Pacific Division with Vegas.

Caleb Jones, Connor McDavid and Riley Sheahan also scored for the Oilers (37-24-8), who have won four of five.

Chiasson beat Columbus goalie Joonas Korpisalo from a distance for his 10th of the season three minutes into the game.

Koskinen had to be extremely sharp in the first period as the Blue Jackets had a 21-7 edge in shots.

After a scoreless second period and with Columbus controlling the bulk of play, the Oilers got an insurance goal with 4:31 left in the third as a point shot from Jones eluded a screened Korpisalo.

Less than a minute later, Zack Kassian was able to advance a short pass to McDavid, who scored his 33rd of the season to make it 3-0.

Columbus spoiled Koskinen’s shutout bid with just 59 seconds remaining as Nyquist deposited his own rebound into the net on his team’s 47th shot of the game.

Edmonton finished off the scoring with an empty-net goal from Sheahan.

The Blue Jackets are right back at it Sunday night in Vancouver.

The Oilers stay home to face Vegas on Monday night.