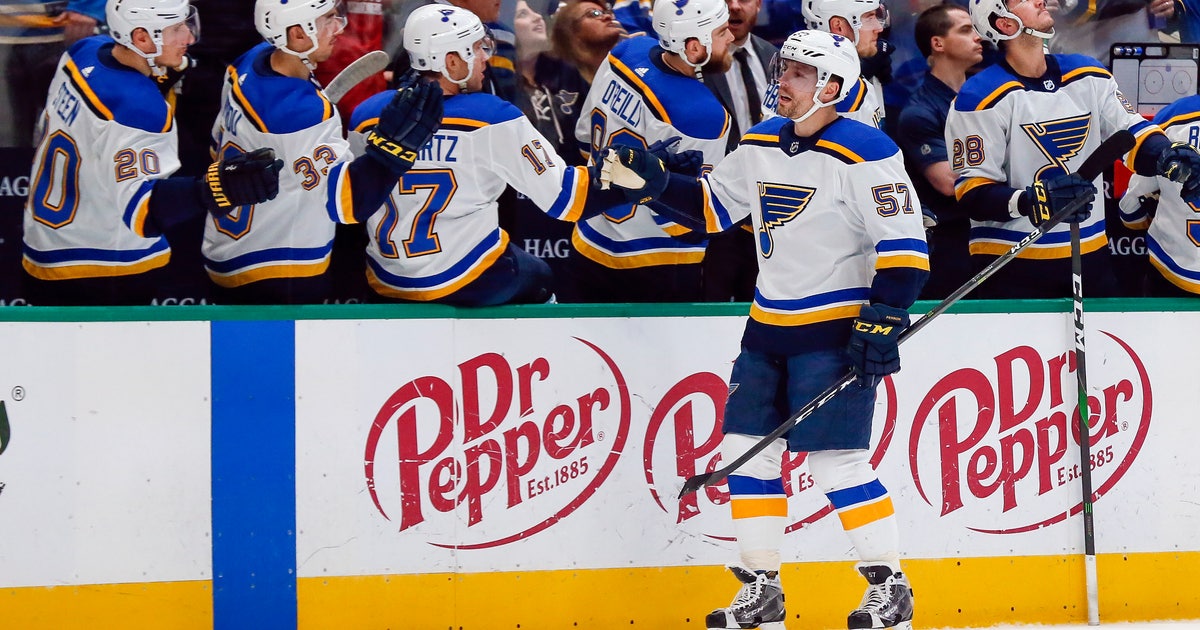 Jake Allen stopped 18 shots in the Blues’ third straight win since a 0-3-2 stretch that included an overtime loss at home to the Stars. Allen ended a personal three-game losing streak while subbing for Jordan Binnington to finish a back-to-back.

Colton Parayko had a goal and two assists to help the Blues stop the Stars from pulling even in the West for the third time this week. St. Louis is four points ahead of Dallas with 20 games to go. The Stars have 21 games remaining.

Bishop, a 2019 Vezina Trophy finalist, was pulled after Jaden Schwartz beat him from the right circle in transition for a 4-0 lead just 4:45 into the second period. Bishop made nine stops on 13 shots.

Alexander Steen and Jordan Kyrou also scored for St. Louis, and Robert Thomas matched Parayko with a pair of assists.

The defending Stanley Cup champions improved to 3-0-1 against Dallas, which had a six-game point streak stopped.

Any hope of a playoff buzz in a rematch of last season’s seven-game series in the second round started to fade when Steen put in his own rebound off a blocked shot, ending a flurry that began with shots from Parayko and Kyrou.

Late in the first, Perron easily beat Bishop on a rebound before Kryou and Schwartz, who also had an assist, scored a little more than two minutes apart early in the second. Both goals came in transition, but without traffic in front of Bishop.

The Blues and Stars have one more scheduled meeting next Saturday in St. Louis.

Jamie Oleksiak’s third goal and second in as many games with 3:33 remaining kept the Blues from recording a third consecutive shutout.

The Blues killed four penalties after going ahead 4-0, extending two streaks. St. Louis has killed 12 consecutive penalties over four games, and hasn’t allowed a goal on 10 straight Dallas power plays in the past five regular-season meetings.

NOTES: It was the Stars’ first loss in regulation since Feb. 7 against Minnesota. … Parayko has seven points in four games against Dallas, with four of his seven goals. … Stars D Roman Polak was given a 10-minute misconduct with 10:44 remaining at the same time he got a two-minute penalty for interference.

Blues: At Minnesota on Sunday.

Tucker Carlson: Is All This Coronavirus Spending Worth It? What Will We Get In...