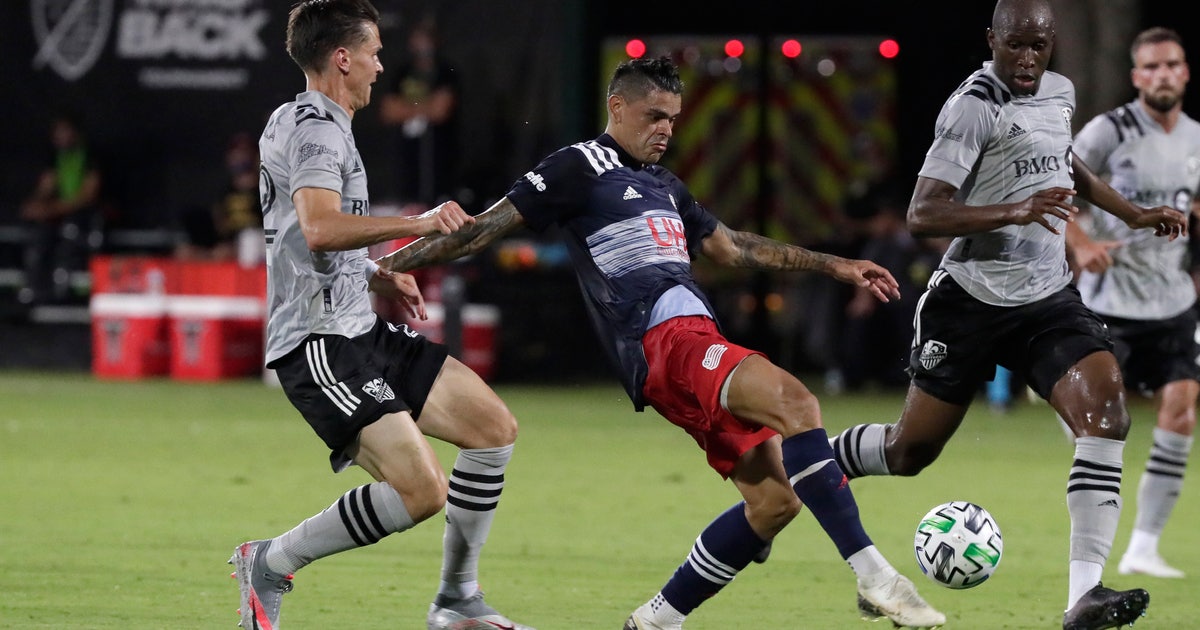 LAKE BUENA VISTA, Fla. (AP) — Gustavo Bou scored in the 56th minute to give the New England Revolution a 1-0 victory over the Montreal Impact in the MLS is Back tournament Thursday night.

Bou maneuvered atop the penalty area before a blast that goalkeeper Clement Diop couldn’t stop in the match played without fans at ESPN’s Wide World of Sports complex at Walt Disney World.

Revolution goalkeeper Matt Turner preserved the victory in stoppage time with a big save on Ballou Tabla’s curling shot from distance.

The game came as expansion Nashville SC was forced to withdraw from the tournament earlier Thursday after nine players tested positive for coronoavirus. Nashville joined FC Dallas, which also withdrew after 10 players and a coach tested positive. The remaining 24 teams at the World Cup-style tournament are being sequestered at two Disney resorts.

Bou peppered Diop with shots in the final minutes of the opening half but couldn’t finish and the teams were scoreless at the break.

Impact coach Thierry Henry, wearing a Black Lives Matter T-shirt, kneeled for the first 8 minutes and 46 seconds of the game in honor of George Floyd.

The two teams met Feb. 29 to open the season, with Montreal winning 2-1 on Max Urruti’s goal in the 80th minute. It was Henry’s first game as coach of the Impact.

Montreal also played to a 2-2 draw with Dallas on the road before the league was shut down because of coronavirus on March 12.

The Revolution were winless to start the season after the loss to the Impact and a draw at home against the Chicago Fire.

The group stage opened Wednesday night with Orlando City’s 2-1 victory over Inter Miami. The preliminary round will be played over 16 consecutive days with the results counting toward the regular season.