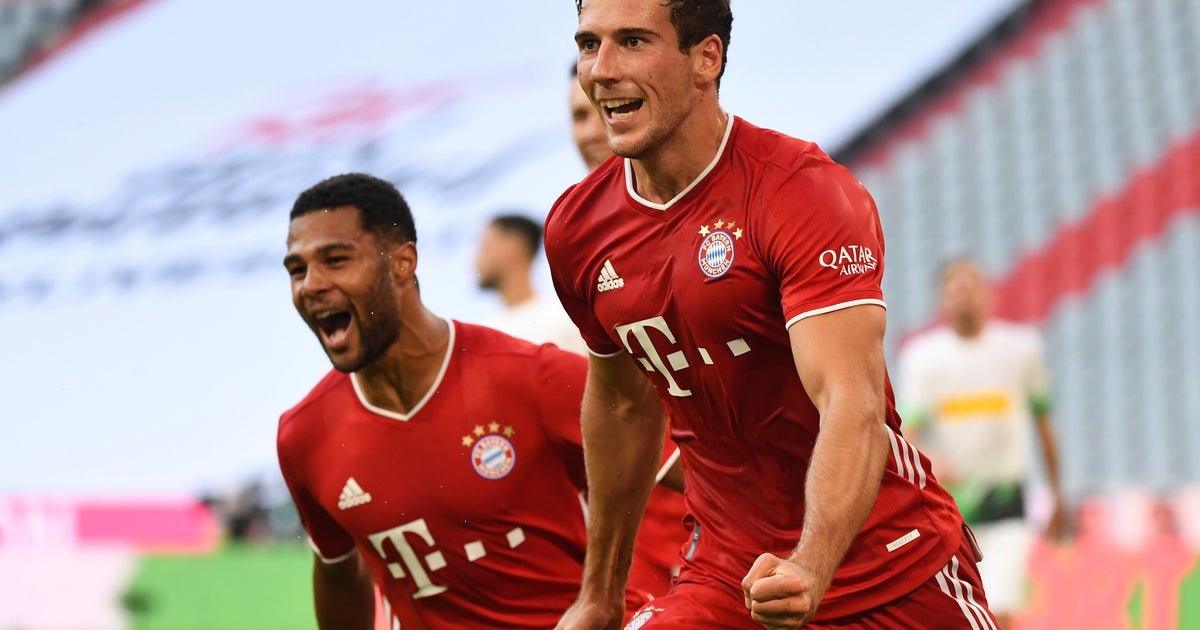 BERLIN (AP) — Leon Goretzka took full advantage of the Bundesliga’s two-month break to emerge as the muscular driving force behind Bayern Munich’s march to yet another title.

The former Schalke midfielder scored the winning goal in the 86th minute on Saturday as Bayern beat Borussia Mönchengladbach 2-1 to move within touching distance of a record-extending eighth consecutive title.

It was Goretzka’s second straight man-of-the-match performance, coming after he led Bayern to a 4-2 win over Bayer Leverkusen the weekend before.

The Bavarian powerhouse only needs to beat relegation-threatened Werder Bremen away on Tuesday to be crowned German champion once again.

Goretzka looks completely transformed since the league was suspended due to coronavirus on March 13. Previously slim and nimble, he clearly used the break to beef up his physique, transforming himself into a fitter, faster more muscular midfield dynamo.

“Drive is essential in modern soccer anyway. That applies not only for me, but for every player on the field,” he said after his latest starring performance. “It was a huge challenge physically today. So in the end it came down to a will to win the thing.”

The 25-year-old Germany international has scored three goals and set up two more in Bayern’s six games since the Bundesliga resumed. He had scored just as many in 15 games before the league’s virus-imposed break.

“Especially in such situations when there’s a turnover in possession, he simply has the athleticism and fast runs so he can grab goals at the front,” Bayern captain Manuel Neuer said. “Jo Kimmich is more of a No. 6 who plays a little more defensively. We’ve often seen this season that Leon not only sets up goals but can score, too.”

Goretzka took some time to settle in Bayern’s star-studded midfield after joining on a free transfer from Schalke in 2018. He often was used as a substitute this season by previous Bayern coach Niko Kovac.

But current coach Hansi Flick started the midfielder for his first game in charge against Borussia Dortmund on Nov. 9 and Goretzka patiently and quietly worked on his game.

He went back to being a substitute before the league was suspended, but has started every game since play resumed on May 16 with his performances seemingly improving from game to game.

“It’s always nice when you get compliments,” Goretzka said. “I’m delighted to get such a late goal that allows us become champions on Tuesday.”

“It’s good to see the likes of Leon Goretzka or (Leverkusen midfielder) Kai Havertz, who used the break to gather themselves and recharge their batteries to now produce great performances, goals and important games,” Bierhoff said.

Members of the Angels and Mariners Show Unity by Linking Arms during Anthem to...

Trump: The Facts Are On Our Side, Time Isn’t