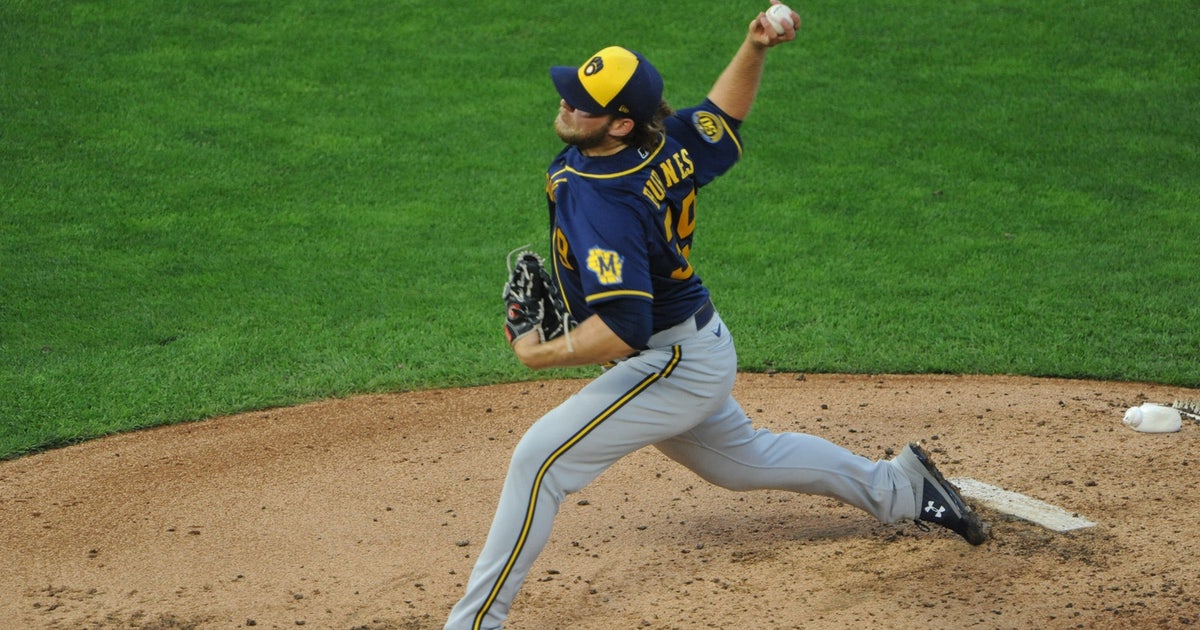 MINNEAPOLIS — Kenta Maeda lost a no-hitter in the ninth inning for the Minnesota Twins, who blew a three-run lead but came back to beat the Milwaukee Brewers 4-3 in 12 innings.

Byron Buxton slid headfirst into home on a slow roller against a five-man infield in the 12th. Jorge Polanco poked the grounder against David Phelps (2-2), and second baseman Luis Urías fielded the ball but couldn’t send it home in time to nab Buxton, charging from third after opening the inning as Minnesota’s automatic runner at second.

Maeda’s no-hit bid was ended by Eric Sogard’s soft single that soared just over the glove of a leaping Polanco at shortstop. Maeda set a club record with eight consecutive strikeouts and finished the game with 12 punchouts on 115 pitches — the most pitches thrown by a pitcher this season and most in Maeda’s five-year major league career since coming over from Japan.

The Twins immediately summoned closer Taylor Rogers after Sogard’s hit, and the pre-recorded crowd noise was cranked up by the game presentation crew to match the moment. Maeda even tipped his cap to the empty seats, filled behind the plate with oversized-head posters of popular ex-Twins players.

Avisaíl García doubled, Christian Yelich walked, and Keston Hiura singled for the first run. With the bases loaded, Rogers got Gyorko to hit a ground ball for one out as García scored. The relay throw by second baseman Ildemaro Vargas clipped Marwin Gonzalez’s glove at first for an error — just the third by the Twins in 24 games this year — and allowed Yelich to score the tying run as the visiting dugout roared in approval.

Maeda is in his first season with the Twins, who acquired him this winter from the Los Angeles Dodgers for pitching prospect Brusdar Graterol.

Maeda retired 21 straight batters in a stretch from the first to the eighth innings and finished with 12 strikeouts. He walked two. The most recent of five Twins no-hitters was thrown by Francisco Liriano, in Chicago against the White Sox in 2011.

Maeda fanned Ben Gamel to finish the fifth for his eighth straight punchout, passing Jim Merritt (1966) and Liriano (2010), who both fanned seven batters in a row for the Twins. The major league record is 10 consecutive strikeouts, set by Tom Seaver for the New York Mets in 1970.

Maeda’s streak ended when Urías grounded out to start the sixth. The 32-year-old got two more groundouts by the Brewers to cruise through the inning.

Twins right fielder Max Kepler made a diving catch in right field on Orlando Arcia’s sinking line drive for the second out of the 12th with runners at second and third, and Jorge Alcalá (1-0) struck out Urías to end it.

Brewers closer Josh Hader struck out two batters in the 10th, including Gonzalez on a pitch he felt was high. Home plate umpire Jeremie Rehak quickly ejected him for arguing.

Opponents are 0 for 22 against Hader this season, with four walks and one hit by pitch 12 strikeouts in 7 1/3 innings.

Brewers starter Corbin Burnes held the Twins hitless through four innings, until Luis Arraez led off the fifth with a double and scored on a double by Miguel Sanó. Burnes struck out American League RBI leader Nelson Cruz with the bases loaded to end that inning.

Polanco tacked on a two-out RBI single in the seventh, and Ehire Adrianza added a bunt single that plated in a run in the eighth.

Brewers: Manager Craig Counsell dismissed a potential connection between Yelich’s recovery from a broken kneecap last year and his struggles at the plate this summer. “You can speculate, I guess, with a million different things on this, but I would say I think he’s fine to me,” Counsell said.

Twins: RHP Michael Pineda, who is eligible to rejoin the active roster on Aug. 31 after completion of his suspension for using a banned diuretic, threw 71 pitches in a bullpen session on Monday. “The stuff is very good. He looks like the Michael Pineda that we all know,” manager Rocco Baldelli said.

Brewers: LHP Brett Anderson (0-2, 4.91 ERA) will make his fourth start of the season on Wednesday night. He allowed five hits, two runs, two walks and one hit batter in 4 1/3 innings with five strikeouts in his last turn, a loss to the Cubs.

Twins: RHP Rich Hill (1-0, 0.00 ERA) is on track to return from a shoulder injury that has limited him to one start with his new team. Baldelli was holding off on confirmation until after the game.

Sidney Powell: People Have Been Beaten Up, Hospitalized For Talking To...