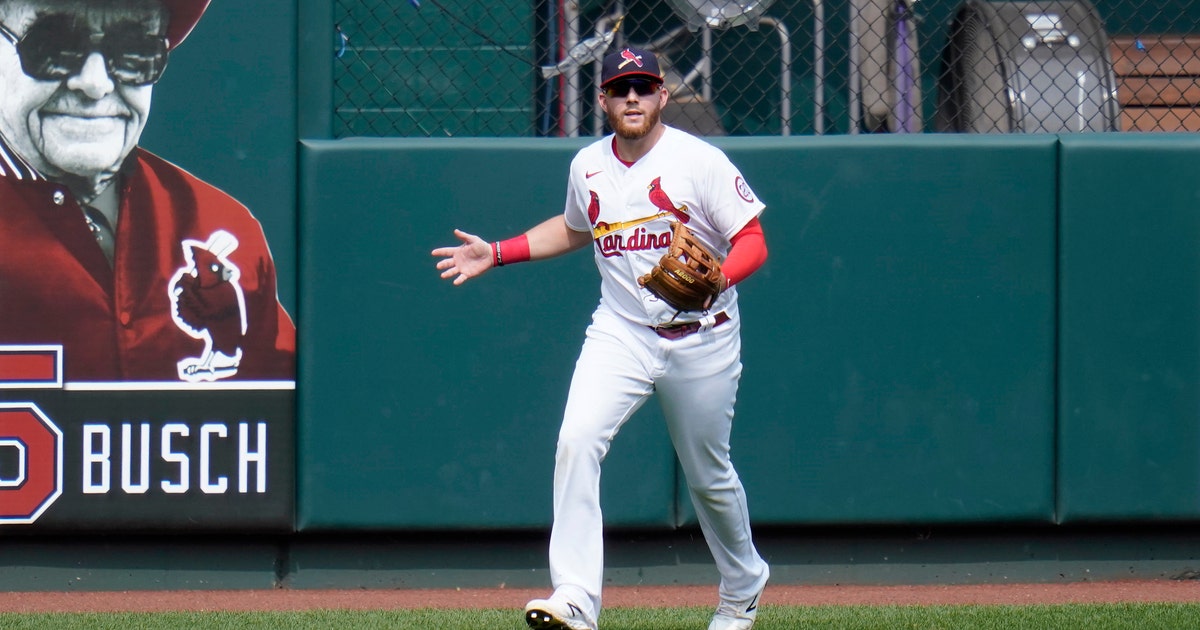 Dean was activated from the COVID-19 list Sept. 10 and earned starts in left field on Saturday and Sunday. He had a double, three walks and a run Saturday and was 0 for 2 Sunday.

Shildt says Gant’s injury likely isn’t too serious — similar to something Gant dealt with earlier in the year. Additionally, Austin Dean heads to the IL since the Cardinals have quite a few games in a short period of time this week. #STLCards pic.twitter.com/VpaUX9w4oc

The Cardinals also made a pair of roster moves to line up their starters for Monday’s doubleheader in Milwaukee. Kwang Hyun Kim was activated and will start the first game, while Daniel Ponce de Leon was recalled from the team’s alternate training site in Springfield to start the second game as the 29th man for the doubleheader.

Kim last pitched Sept. 1 before encountering a kidney issue that put him on the IL. The left-hander is 2-0 with a 0.83 ERA in five games (four starts) in his first MLB season.

KK returns to the mound today, but there’s some risk involved after the Cardinals pitcher was put on blood thinners while on the IL. John Mozeliak says the team has worked with KK, though, to hopefully reduce the risk. #STLCards pic.twitter.com/SM6KMsD51i

Ponce de Leon is 0-3 with a 7.47 ERA in six appearances (five starts) in 2020. The right-hander has allowed a home run in each of his last five games.