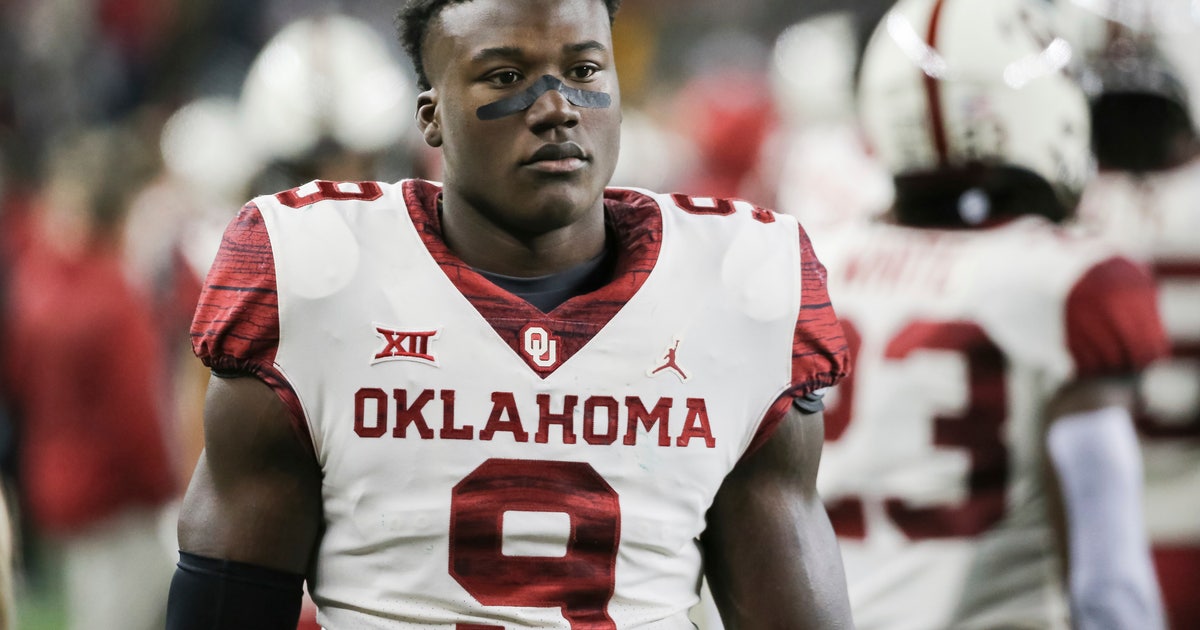 COSTA MESA, Calif. (AP) — The Los Angeles Chargers didn’t have picks in the second and third rounds of the NFL draft for the first time since 1983.

General manager Tom Telesco believes trading them to take linebacker Kenneth Murray late in the first round was worth going without a selection on Friday.

After selecting Oregon quarterback Justin Herbert sixth overall on Thursday, LA dealt its second- and third-round picks to New England for the 23rd-overall pick, where the Chargers grabbed Murray. For the Chargers, the net loss ended up being the third-round pick, but they didn’t want to risk not having Murray. It’s the first time in nine years the Chargers have not had a pick in consecutive rounds.

“As a personnel staff, you like to hold on to your picks, but he’s a player that was just a premium player for us, someone we had rated very high, and we just think he fits our defense to a T,” Telesco said. “We felt like when it got to a certain point, it gave us that opportunity to go up and be aggressive and get him — fully knowing that we gave up a third-round pick to do it, but we felt like he was worth that.”

Murray is the first Oklahoma defensive player to go in the first round since Gerald McCoy went third overall to Tampa Bay in 2010. Murray was a three-year starter who played nearly 91% of the Sooners’ defensive snaps the last three years and recorded 100 or more tackles the last two seasons. He also had 9.5 sacks and 37 tackles for loss during his career.

The Sooners recruited Murray as a pass-rushing linebacker but he developed into an every-down player who can play inside and outside. He lined up as the middle linebacker in defensive coordinator Alex Grinch’s hybrid 3-3-5 scheme last season.

Telesco said what drew them to Murray was that “he’s long, he’s fast, he’s physical and plays with a really violent mentality.” Scouts have knocked Murray at times for anticipating plays and having high tackling target, but he more than makes up for it with his speed.

Murray said recognizing how offenses are trying to contain him was the biggest area where he felt he improved last season.

“I’m understanding schemes and different things like that,” he said. “I think, just overall, me playing fast and having an understanding of how teams are trying to attack me, I’m trying to take advantage of it.”

Murray’s addition provides an upgrade to a Chargers linebacker group that has lacked in depth and production the past couple seasons. Los Angeles released outside linebacker Thomas Davis Sr. during the offseason and middle linebacker Denzel Perryman has yet to play all 16 games in his five-year career.

The Chargers have tried to build the position through the draft the past couple seasons by selecting Uchenna Nwosu and Drue Tranquill. Nwosu started three games last season and Tranquill was Los Angeles’ most productive pick in last year’s draft class, showing promise on both special teams and defense last season.

Murray projects more as an outside linebacker but gives the Chargers a run stopper they have been lacking recently. Murray and free-agent signing Nick Vigil have versatility to play all three spots.

The Chargers will have four picks on Saturday. Offensive line remains a glaring area of need, particularly at left tackle.

Anti-doping body ready to look into allegations about Fury