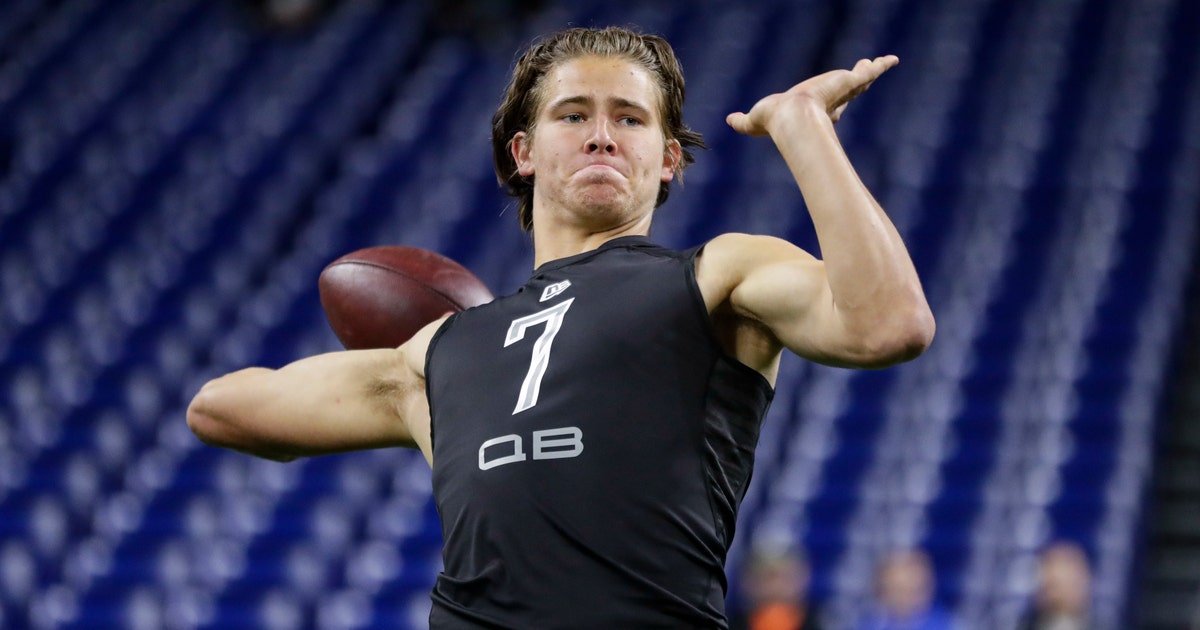 COSTA MESA, Calif. (AP) — Justin Herbert should have been walking onto a Los Angeles Chargers practice field Friday for the first time. But with the coronavirus pandemic shutting down NFL facilities, he is finding other ways to work with future teammates.

Herbert, who was selected with the sixth overall pick in last month’s draft, is back in Southern California as the Chargers begin their virtual rookie minicamp this weekend. The former University of Oregon standout has resumed on-field workouts in Huntington Beach with John Beck, a former NFL quarterback and personal coach with whom he worked out before the draft. He has also started lifting at a nearby gym where some of the Chargers are doing offseason conditioning.

“You have to find a way to introduce yourself, whether it is lifting or throwing. I changed my lifting group so I could work out with some of the offensive linemen,” Herbert said during a conference call with reporters.

Herbert is also throwing to some of his former Oregon teammates a couple of times a week and said tight end Hunter Henry and wide receiver Keenan Allen have reached out about getting together over the next few weeks. Center Scott Quessenberry has volunteered to help with center/quarterback handoffs since Herbert has played in the shotgun during his career.

The goal this weekend for Herbert is to immerse himself in the playbook during virtual meetings with offensive coordinator Shane Steichen and QB coach Pep Hamilton.

“Reading it and doing it are different. I take pride in my preparation. This type of learning I feel comfortable with, being able to pick up as much as I can,” Herbert said.

Herbert said the concepts in the playbook are pretty similar to what he had at Oregon, where he passed for 10,541 yards and scored 108 total touchdowns in four seasons. But there are more formations and pass protection calls as well as more running plays out of two-back sets.

He also noted that he has started to work with Beck more on seam routes and footwork as well as reading through progressions.

Even though the players are not on the field, coach Anthony Lynn said there are ways to test players virtually through different teaching tools.

“Our coaches do a good job with mental exercises on time and speed as well as getting to see how how smart they are under pressure,” he said. “It is not like they are sitting there taking a test.”

Lynn said the biggest thing he is trying to get out of the sessions with the rookies is measuring their football IQ, which he can judge by the questions they ask, whether they are about the scheme on offense or defense or how certain formations impact their position.

Despite selecting Herbert in the first round, the Chargers are still banking on Tyrod Taylor to be the starter when the season begins. But whoever is under center for the scheduled Sept. 13 opener in Cincinnati, it will mark the first time since the 2005 regular-season finale that Philip Rivers will not be the Chargers’ quarterback.

While top overall pick Joe Burrow is expected to be the Bengals‘ starter barring an injury, Herbert said he is trying not to get caught up in the progress of the other quarterbacks in his draft class.

“If I think too much on things out of my control, I am going to lose my focus and lose out. At the end of the day all I am concentrating on is my progress and how the team is doing,” he said.

Luntz: What Trump Does And Says In The Next 6 Weeks Will Determine Georgia...