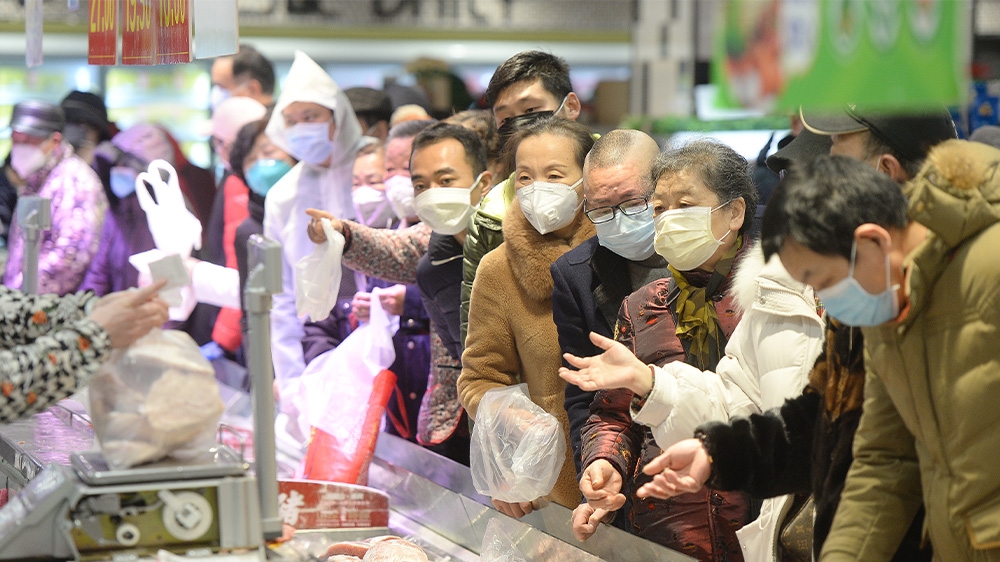 The total number of deaths on the mainland reached 1,016 in the 24 hours until midnight, the National Health Commission said on Tuesday.

The other fatalities on Monday were in the provinces of Heilongjiang, Anhui and Henan and the cities of Tianjin and Beijing, the National Health Commission said.

During a meeting chaired by Premier Li Keqiang on Monday, a group of leaders tasked with beating the virus said it would work to solve raw material and labour shortages and boost supplies of masks and protective clothing.

They said nearly 20,000 medical personnel from around the country had already been sent to Wuhan, and more medical teams were also on the way.

On Monday, China’s President Xi Jinping also appeared in public for the first time since the epidemic began, visiting health facilities in Beijing.

Xi donned a face mask and had his temperature checked while visiting medical workers and patients affected by the virus and called for more “decisive” measures to tackle the outbreak.