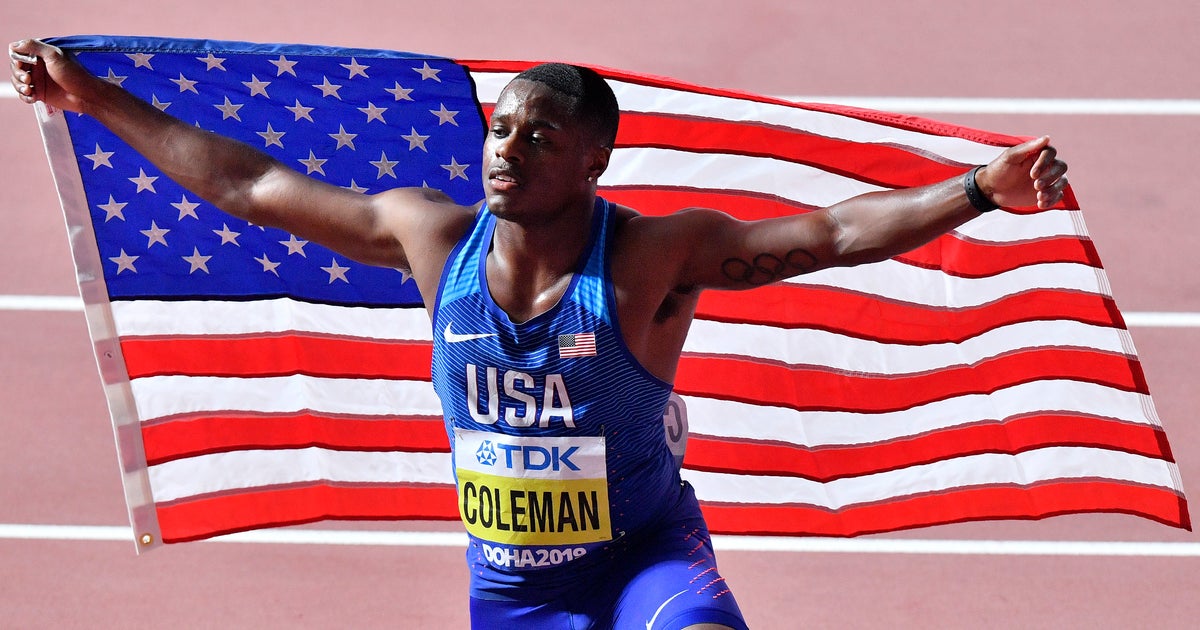 Reigning world champion Christian Coleman insists a simple phone call from drug testers while he was out Christmas shopping could’ve prevented the latest misunderstanding about his whereabouts — one he fears could lead to a suspension.

The 24-year-old American sprinter detailed his latest missed drug test Tuesday in a long post on his Twitter account. He said the Dec. 9 test was his third infraction in a 12-month period, which could result in a suspension. He also missed a test on Jan. 16, 2019, and another on April 26, 2019, due to a filing failure.

Coleman is a favorite for Olympic gold in the 100-meter dash heading into the Tokyo Games that have been postponed to next summer due to the coronavirus pandemic. He said in his post he’s been appealing the latest missed test for six months with the Athletics Integrity Unit, which runs the anti-doping program for World Athletics. He explained there was no record of anyone coming to his place and that if he had been called he was five minutes away at a mall Christmas shopping.

Along with his post, Coleman attached a copy of his “Unsuccessful Attempt Report.” In the additional comments section on the form, it was written that “multiple, loud knocks were made every 10 minutes for the entire hour.” The person said the doorbell was also pressed but “we could not hear a ring inside so unclear if it was in operation.” It also said, “no phone call was made per client instructions.”

“I’ve been contacted by phone literally every other time I’ve been tested,” Coleman wrote. “Literally, IDK (I don’t know) why this time was different.

“He even said he couldn’t hear the doorbell so why wouldn’t you call me? Why would AIU tell him not to contact me? He put down the wrong address btw (by the way) so who knows if he even came to my spot.”

Coleman said he received a failed attempt report the following day by the AIU. Emails to Coleman’s agent and the AIU weren’t immediately returned.

Elite athletes across the world are required to fill out a “whereabouts form” to make it possible for anti-doping authorities to carry out surprise testing outside of competition. A violation means an athlete either did not fill out forms telling authorities where they could be found, or that they weren’t where they said they would be when testers arrived. If an athlete has a combination of three missed tests over the span of 12 months, it can be considered an anti-doping violation.

“I have multiple receipts of going shopping then getting food and coming back during this time, so I don’t think he stayed for an hour and WHY WOULD AIU TELL HIM NOT TO CALL ME?!” Coleman wrote.

Coleman won the 100-meter race at the world championships in Doha, Qatar, last September after the U.S. Anti-Doping Agency dropped his case for missed tests because of a technicality in a very confusing rule book.

“I have never and will never use performance enhancing supplements or drugs,” Coleman wrote Tuesday. “I am willing to take a drug test EVERY single day for the rest of my career for all I care to prove my innocence.”

Added Coleman: “I have no idea what I could’ve done to avoid this but my parents did get me a Ring doorbell camera for Christmas so that should nip all and any miscommunication in the bud.”