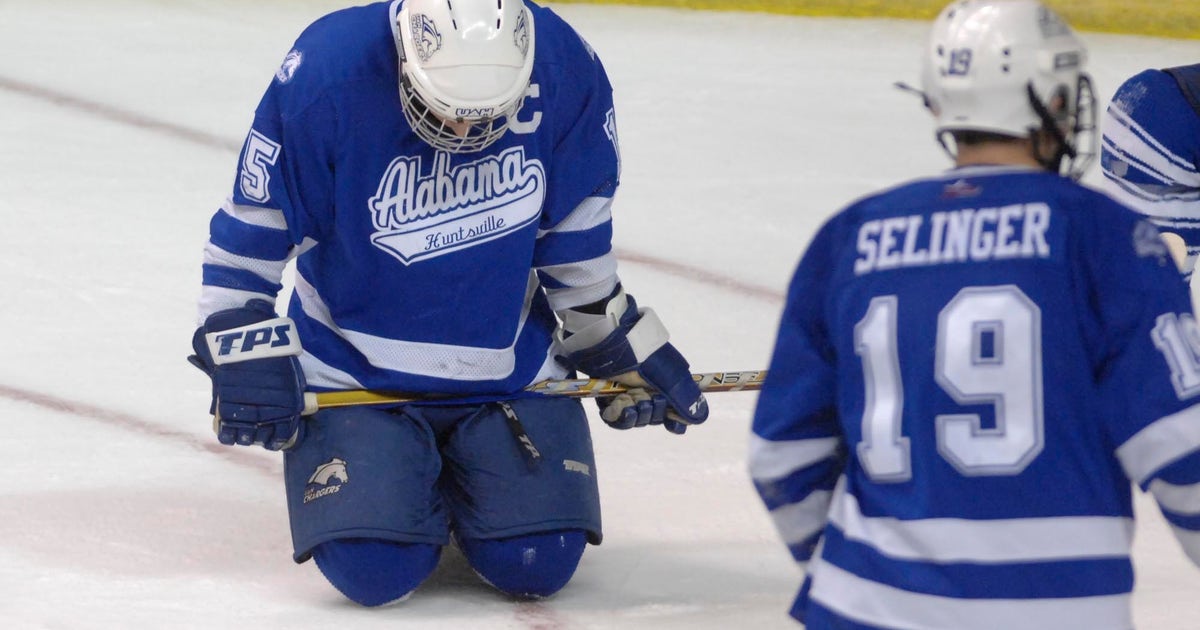 They’ve always been an outlier, a major college hockey program in the Deep South.

As with most pioneers, they’ve teetered on the brink of failure, shouldered through plenty of skepticism and ridicule.

That only made it more imperative to save the Chargers of the University of Alabama in Huntsville.

When the word came down in one of those end-of-the-week news dumps that UAH was whacking its men’s hockey team, it hit especially hard.

“Complete shock,” said Tony Guzzo, a Michigan native who played for the Chargers from 1993-97 and now lives in Huntsville. “It came out of nowhere. No one was expecting it.”

Thankfully, an impromptu fundraising campaign that got a boost from NHL goalie and UAH alum Cam Talbot raised more than $1 million, bringing word Friday that the Chargers will return to the ice for at least one more season.

UAH also eliminated its men’s and women’s tennis teams at the same time it announced hockey’s demise — all in the name of balancing a bottom line that has taken a huge hit during the coronavirus pandemic.

Across the country, scores of lesser-known college teams have been eliminated in the past couple of months, from the baseball team at Bowling Green to the wrestling squad at Old Dominion.

Each of these blows is devastating in its own right.

But the UAH hockey program has meant so much to the sport’s development across the South — and, by extension, in every place where ice is used primarily to keep the drinks cold.

“I don’t know if I really understood what they did to grow hockey in the South until I was removed from it a little bit,” said Talbot, the Calgary Flames goalie who played for the Chargers a decade ago. “Alabama-Huntsville has been instrumental in growing the growing the game of hockey down south. It would be a shame to take it away from them.”

In 1988, I first wrote about this one-of-a-kind program, the only NCAA-sanctioned team south of the Mason-Dixon line. In just four short years, the Chargers had gone from a club squad offering no scholarships to a bona fide Division II team. I still have a souvenir puck on my bookshelf that proclaims Huntsville to be the “Hockey Capital of the South.”

Not that they had a lot of competition in those days.

“I didn’t even know Alabama had a hockey team,” Guzzo said, remembering the recruiting pitch he got from the Chargers. “But it was an amazing opportunity. Obviously, growing up in Michigan, the winters are not very nice. When you can walk out of the (arena) in January and it’s 60 degrees — and you get to play hockey — that’s a pretty good situation.”

He adored the city so much that it became home.

Dozens of other hockey alumni put down roots as well.

The Chargers would go on to win Division II national titles in both 1996 and ’98, then moved up to the big time. They joined College Hockey America, earning bids to the NCAA Tournament in 2007 and 2010 (both times, they were eliminated by one-goal defeats in the regional semifinals, including a wrenching, double-overtime loss to Notre Dame).

Talbot, a native of Ontario, jumped at the chance to play for the Chargers when they offered him a full scholarship.

Though it was a bit of a culture shock at first.

“Their accents are a bit thick. It took some time to get the hang of the dialect,” he quipped Friday in a telephone interview. “But I fell in love with it down there.”

After the CHA disbanded in 2010, UAH was shunned by the remaining conferences and trudged on as the nation’s only independent program. It looked like the 2011-12 season would be its last, but the alumni rallied and a new university president overturned the decision to shutter the program.

When the Chargers were finally accepted into Western Collegiate Hockey Association, the future looked much brighter.

In fact, the program finally gained some Sun Belt company when a Division I team was launched at Arizona State. There had been talk about other schools starting teams in non-traditional markets, following the lead set by UAH.

Then came the pandemic.

“I can’t just point a finger at the university,” Guzzo said. “We kind of took our foot off the gas as alumni when we saved it the first time. We were like, ‘OK, we’re good, we’re back.’ This has been a real wake-up call for us.”

Talbot quickly signed on to campaign to save the Chargers, helping publicize a GoFundMe page titled “UAH Hockey — Keep The Dream and Tradition Alive.”

Organizers set a goal of raising $500,000, which seemed like a pipe dream. Amazingly, they surpassed that total on Friday, with donations coming in from many of Talbot’s fellow NHL players as well as people around the world.

“I don’t know that I fully expected us to hit this goal,” Talbot said. “Especially in times like these, when things are so tough for everybody. To be able to raise that amount of money in four, four-and-a-half days is unbelievable. The amount of support we got from the hockey community and beyond is just incredible.”

With two major boosters pitching in $125,000 each, the impromptu fundraising campaign led the university to say it had enough money to bring the program back in 2020-21 (assuming there is a season).

But other challenges must be addressed to ensure the Chargers’ long-term survival.

UAH will have to find a new conference home, since the WCHA is on its last legs after an announcement that seven Midwestern members are leaving to form a new league in 2021. The Chargers are likely to need a new campus arena, as well, to replace the 45-year-old Von Braun Center in downtown Huntsville.

“There is so much work that still has to be done,” Guzzo said. “We can’t just do this and then walk away, or we’re going to be right back in the same situation next year.”

Let’s hope the Chargers have pulled out a last-second victory that stands for the long haul.