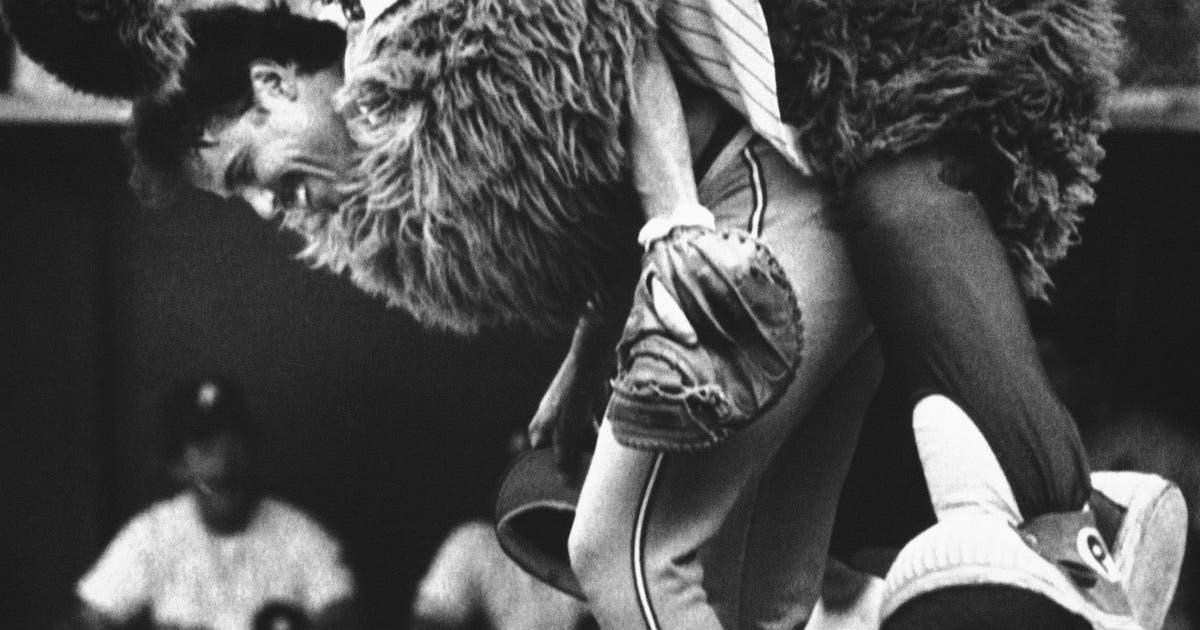 No doubt, one of the greatest baseball monikers of all time.

If having such a splendid, awe-inspiring name was the primary qualifier, he’d be enshrined in Cooperstown for sure.

The former Atlanta Braves catcher died last weekend at age 66, a loss I couldn’t let pass with a mere mention of his modest baseball achievements and a decade-long career spent mostly with some truly awful teams.

Pocoroba, for reasons I will explain shortly, always held a special place in our home. My wife and I actually went on a quest to find him a few years ago — only to discover, sadly, that he had retired from the specialty sausage shop he ran for more than two decades in suburban Atlanta.

The funeral home notice said his “number one passion was for his family.” And what a family it was. A wife of 37 years. Three daughters and a son. A whole team of grandchildren.

“As he retired, he took on being a full-time Papa and chauffeur to his 15 grandchildren,” the obituary said.

It’s curious how certain athletes can become intertwined with your life, taking on an outsized role that defies all logic and reason.

Biff Pocoroba was not a great player by any means, though he was good enough to stick with the Braves for nearly a full decade — good enough, even, to earn a spot in the 1978 All-Star Game. He entered the Midsummer Classic at what was then known as San Diego Stadium in the top of the ninth inning, crouching behind the plate for the final three outs of the NL’s 7-3 victory.

The last of those outs was delivered by his teammate and future Hall of Famer, the knuckleballer Phil Niekro.

“All I know is when he came to the ballpark, whether it was a home or road game, he had his game face on every day,” Niekro said Wednesday evening when reached at his home. “He was a warrior, I’m telling you, he was a fighter. He wasn’t the greatest catcher of all time, but he was a good catcher. He called a good game for me.”

They hadn’t seen each other in at least 30 years.

Pocoroba was released by the Braves early in the 1984 season, finished off at age 29 by a shoulder injury that cut short what could’ve been a more productive career.

With his arm shot, Pocoroba spent his last few seasons as a backup catcher and pinch-hitting specialist. There was an aborted attempt to convert him into a third baseman, but it didn’t pan out.

While the guy known as “Poco” remained a fond memory for many Braves fans — again, who could forget that name? — he didn’t linger around to soak up the adoration.

Niekro, now 81, never saw him around the ballpark in Atlanta, or during those many spring trainings spent in Florida as a guest instructor. If Pocoroba turned up at any of the team’s alumni functions, Knucksie doesn’t recall it.

“I guess that was a page in his life,” Niekro speculated. “He read through it and went on to the next page.”

After his playing days were over, Pocoroba owned a business known as Sausage World, which is pretty much self-explanatory. It made perfect sense, he once explained, because he grew up around Italian food and had a grandfather who made sausage for his family.

My wife and I turned up there a few years ago, hoping to meet Pocoroba in person, get a selfie and perhaps explain why we still thought so fondly of him.

There was a framed newspaper article about Pocoroba on the wall of the tiny establishment, but the guy behind the counter said the ex-Brave had long ago sold the business. The guy thought he had retired and moved to Florida.

We bought a small package of sausage and left.

But let’s go back even farther.

Growing up, my wife, Linda, had a huge crush on Pocoroba, the youthful, mustachioed catcher. So much so, she learned to spell his name in sign language, a gesture that made little sense except to a starstruck kid since, as far as we know, Pocoroba’s hearing was just fine (and so is Linda’s).

To this day, she can still rip off that glorious, lilting name without making a sound.

Flash ahead to the night my wife and I met for the first time, each of us on our way home from a Braves game. It was that magical 1982 season, when Atlanta started 13-0 and went on to claim an improbable NL West title. The Braves had pulled out a victory in the bottom of the ninth, and we ran into each other by total chance crammed onto a MARTA train car that departed from the Georgia State station, the closest stop to Atlanta-Fulton County Stadium.

As the years passed, we had forgotten the details of the game — until we stumbled upon an old ticket stub while cleaning out a box of keepsakes.

I went to baseball-reference.com to refresh my aging memory.

Turns out, the game was scoreless until the bottom of the seventh, when Rafael Ramirez homered for the Braves. The Cardinals tied it in the top of the ninth with a run off Atlanta closer Gene Garber.

Then, the Braves won it in the bottom of the ninth.

On a two-out, walk-off homer.

That ticket stub is now in a frame on my office shelf.

And Biff will always be a member of the family.

Navarro: China “Tried To Corner The World Market In PPE When They Knew The...

Ukrainian man rescued after 6 days trapped in well in Bali

Clarifying Skincare Collections – The Clarity Collection is a New Range of Salicylic Acid...