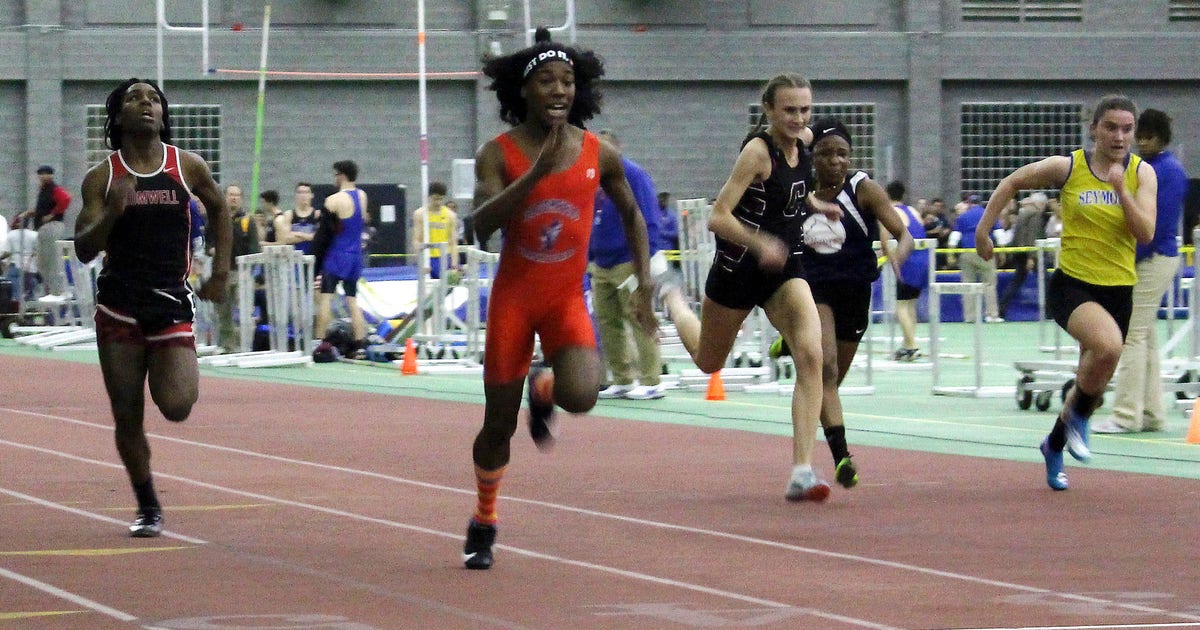 The ruling, which was obtained Thursday by The Associated Press, comes in response to a complaint filed last year by several female track athletes, who argued that two transgender runners who were identified as male at birth had an unfair physical advantage.

The office said in a 45-page letter that it may seek to withhold federal funding over the policy, which allows transgender athletes to participate as the gender with which they identify. It said the policy is a violation of Title IX, the federal civil rights law that guarantees equal education opportunities for women, including in athletics.

It has “denied female student-athletes athletic benefits and opportunities, including advancing to the finals in events, higher level competitions, awards, medals, recognition, and the possibility of greater visibility to colleges and other benefits,” according to the letter, which is dated May 15.

The Connecticut Interscholastic Athletic Conference, which oversees scholastic sports in the state, has said its policy is designed to comply with the state’s law barring schools from discriminating against transgender students. A call seeking comment was left Thursday with CIAC.

Attorneys for the Alliance Defending Freedom, who represent the girls who brought the complaint, said they would have a comment later on Thursday.

The Office for Civil Rights ruling names the CIAC and school districts the transgender runners and those filing the complaint competed — Glastonbury, Bloomfield, Hartford, Cromwell, Canton, and Danbury.

The office said it will “either initiate administrative proceedings to suspend, terminate, or refuse to grant or continue and defer financial assistance” to the CIAC and those districts or refer the cases to the U.S. Department of Justice.

In its letter, the Office for Civil Rights said it notified the CIAC and the school districts of its pending decision in February, but that subsequent negotiations failed to result in an agreement over the policy.

The dispute, which is already the subject of a federal lawsuit, centers on two transgender sprinters, Terry Miller and Andraya Yearwood, who have frequently outperformed their competitors, winning a combined 15 girls state indoor or outdoor championship races since 2017, according to the lawsuit.

Lawyers for the transgender athletes have argued that both are undergoing hormone treatments that have put them on an equal footing with the girls they are competing against.

One of the plaintiffs, Chelsea Mitchell, won two state indoor title races over Miller this year.

The plantiffs sought to block the participation of Miller and Yearwood, both seniors, from spring track meets, which were later canceled because of the COVID-19 pandemic. They were also seeking to erase all records set by the transgender athletes.

Connecticut is one of 18 states, along with Washington, D.C. that allows transgender high school athletes to compete without restrictions, according to Transathlete.com, which tracks state policies in high school sports across the country.

Several other states have polices barring the participation of transgender athletes and Idaho recently became the first state to pass a law banning transgender women from competing in women’s sports. The American Civil Liberties Union and Legal Voice filed a federal lawsuit contending that law violates the U.S. Constitution because it is discriminatory and an invasion of privacy.

Sanders on USPS: Trump May Be Crazy, But He’s Not Stupid; He Will Do...