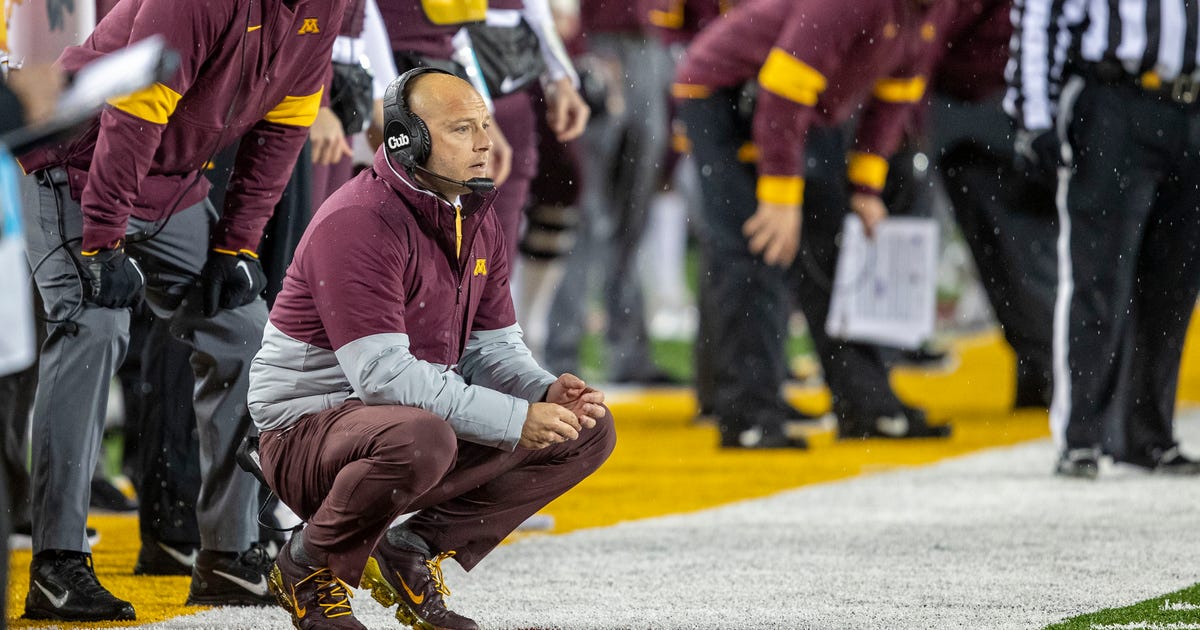 Minnesota athletic director Mark Coyle and the school’s five highest-paid head coaches have agreed to take a 10% pay cut for the first six months of the upcoming fiscal year to help offset revenue losses from the COVID-19 pandemic.

“I appreciate their dedication to Minnesota and willingness to help in a time of financial uncertainty,” Coyle said.

The next fiscal year starts on July 1. Coyle told the Board of Regents last week that the department is on pace to finish the current fiscal year with a $4 million deficit. The 2019-20 operating budget for Gophers sports was $123 million. The athletic department has projected a loss of up to $75 million of expected revenue under the worst-case scenario of a canceled 2020 football season. A milder hit of $30 million in lost income is forecast if football games are played without fans.

With bye week behind them, well-rested Colts ready for matchup against Lions

Troy Aikman on the Atlanta Falcons: ‘this is not a 2-6 football team’

Group: Change in Bandelier’s status could lead to problems

Dem Candidate Threatens To Burn Down Hugo, MN at BLM Protest: “You Think We...

Why an abortion law ruling trigged mass protests in Poland

How Accurate Are The 2020 Polls, Will Early Voting Affect the...

With bye week behind them, well-rested Colts ready for matchup against...