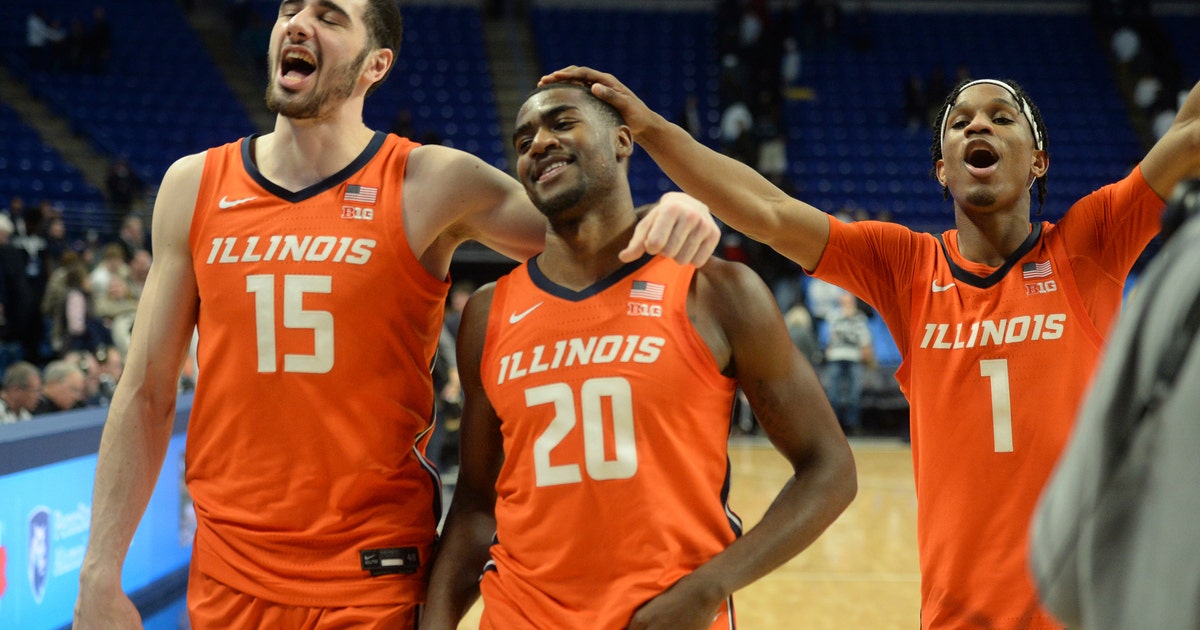 Kofi Cockburn added 14 points for the Fighting Illini (17-9, 9-6 Big Ten), who led most of the way and ended Penn State’s eight-game winning streak. Dosunmu returned to the lineup after missing Saturday’s loss at Rutgers after suffering an injury to his left knee is a win over Michigan State on Feb. 11.

Izaiah Brockington added 10 points for the Nittany Lions, who trailed 30-26 at halftime and by as many as nine points with 5:35 to play.

COLLEGE PARK, Md. (AP) — Jalen Smith had 22 points and a career-high 19 rebounds for his ninth consecutive double-double, and Maryland extended its winning streak to nine games.

Smith achieved his 17th double-double of the season by halftime. In two games against Northwestern this season, the 6-foot-10 sophomore has 47 points and 30 rebounds.

Anthony Cowan Jr. scored 19 for the Terrapins (22-4, 12-3 Big Ten), who never trailed in improving their record at home to 15-0. The victory, combined with Penn State’s loss to Illinois, left first-place Maryland with a two-game lead with five games to go.

TALLAHASSEE, Fla. (AP) — Patrick Williams scored 16 points, Anthony Polite had 10 points and six rebounds and Florida State pulled away in the second half against Pittsburgh.

West Virginia (19-7, 7-6 Big 12) cut down on its turnovers in breaking a three-game losing streak, which including losses last week to top-ranked Baylor and No. 3 Kansas.

The Mountaineers fell behind by 10 early but got back on track with tough defense. Oklahoma State shot 17% (5 of 30) from the floor after halftime and was held to 14 points, the fewest allowed by West Virginia this season.