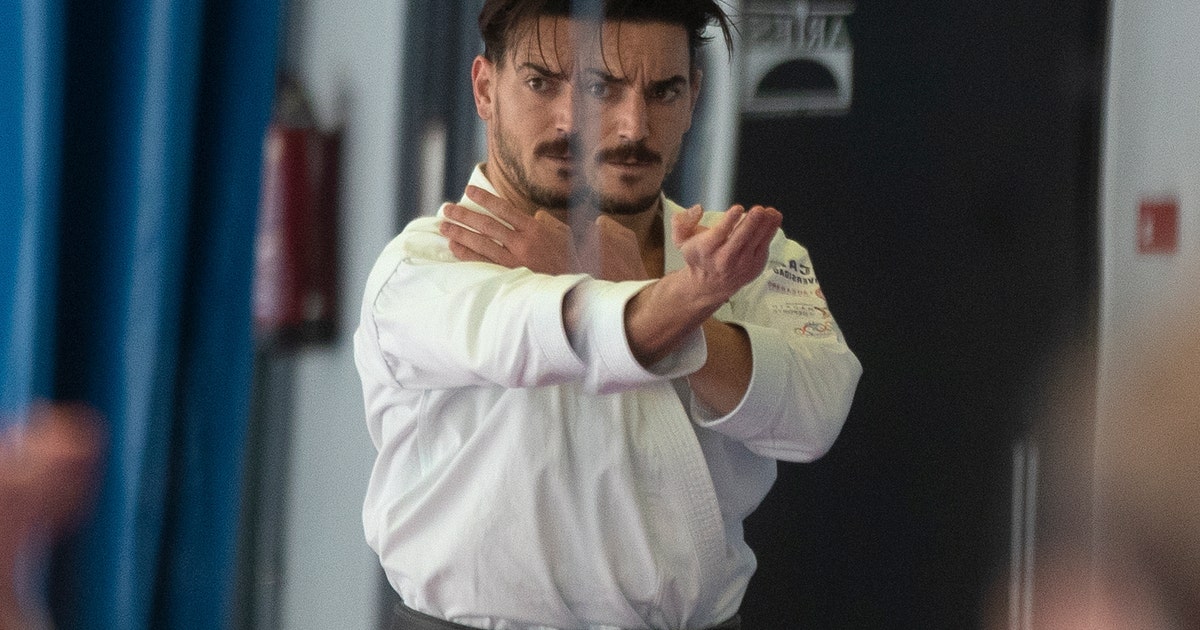 MADRID (AP) — More than five years ago, one of Spain’s most successful karate athletes was splitting his time between practice, graduate school and his day job as an aeronautical engineer.

Before training and studying at night, Damián Quintero spent hours analyzing faulty airplane parts and working on complex calculations to determine whether the parts were safe enough to go back into planes.

With little time left in his day, he couldn’t fully dedicate himself to the sport he loved.

“It was a difficult time,” the 35-year-old Quintero told The Associated Press after a recent training session in Madrid. “I was doing my masters, working and practicing. All at the same time. I looked like a walking cadaver.”

That all changed in 2015, when karate made the short list for the Tokyo Games.

“I took a leap, leaving a good job and a good salary,” said Quintero, who was born in Argentina and moved to Spain with his family when he was 5 years old. “When karate became an Olympic sport in 2016, it was time to start training hard.”

Now, nearly five months before the Tokyo Games, Quintero is a full-time karateka and a top contender for the gold medal in Japan. He is set to enter karate’s inaugural Olympic tournament as the world’s No. 1-ranked athlete in the kata category, in which athletes perform solo and are evaluated on their offensive and defensive techniques.

“It will be historic. That makes me even more excited about going there and doing well,” Quintero said. “Not only for me — winning a medal would mean the greatest achievement of my career — but for all the karatekas who will be there trying to showcase our sport to the whole world.”

A good showing will be key for karate, which made it to the Tokyo Games but is not expected to be included in the program for the 2024 Paris Games. The sport was not originally selected by French organizers, though the final decision by the International Olympic Committee isn’t expected until December.

“We don’t really know what happened,” Quintero said. “Some people blame the IOC, others the Paris 2024 organizing committee. All we can do is try to put on a good show in Tokyo. Then we will look at things, like television ratings and media exposure, and if they aren’t good, we will be the first ones to look back and say that we are not meant to be in the games. But we have to wait and see.”

If the sport is dropped, it would mean a huge blow for Quintero and other karatekas around the world.

“There’s been a huge difference since the sport became part of the Olympics,” he said. “Now karate is my job, I have a sponsor, I get help from the Spanish Olympic Committee and the government. If it goes back to the way it was before, probably people again will have to start splitting time between practice and study and work if they want to keep competing at a high level.”

Before the sport’s inclusion, Quintero himself said he considered retiring so he could focus on his career as an aeronautical engineer — airplanes were always another great passion of his.

He stuck to karate, though, and by 2015 he had taken over the No. 1 spot in the world rankings. He won the world title in 2014 and became a 10-time European champion, an unprecedented feat for Spanish karate.

Quintero’s biggest competitor in Tokyo will be Japanese rival Ryo Kiyuna. The two have dueled several times in recent years, with Kiyuna beating Quintero for the world title two years ago in Madrid.

The Spaniard has won more than 70 international medals in his career, with nearly half of them gold. His latest title came this weekend in a Premier League event in Dubai. The victory also put him at the top of the separate Olympic rankings, a position Kiyuna had held.

Quintero’s teammate, Sandra Sánchez, also won gold in Dubai, adding to her own dominance in the women’s kata category. She is also set to go to Tokyo sitting at the top of the world rankings, adding to Spain’s chances of succeeding in the inaugural Olympic karate event.

There will be a total of 80 karatekas competing in Tokyo, divided evenly between men and women. The other category in contention will be kumite, where fighters face each other and the winner is the one who gets more points for arm and leg strikes on the opponent. There will be three weight classes for the men and women in kumite.

There is no weight class in kata, where seven judges evaluate the karatekas’ individual performances and award points based on their technical and athletic presentations. Facing a virtual enemy, athletes are evaluated on strength, rhythm, balance and power of strikes and kicks.

Quintero hopes he will be the one getting the points — and a medal.

“We’ve all fought so hard to get to this moment,” Quintero said. “It seemed like it would never arrive.”

Annual memorial event at Antietam canceled due to pandemic