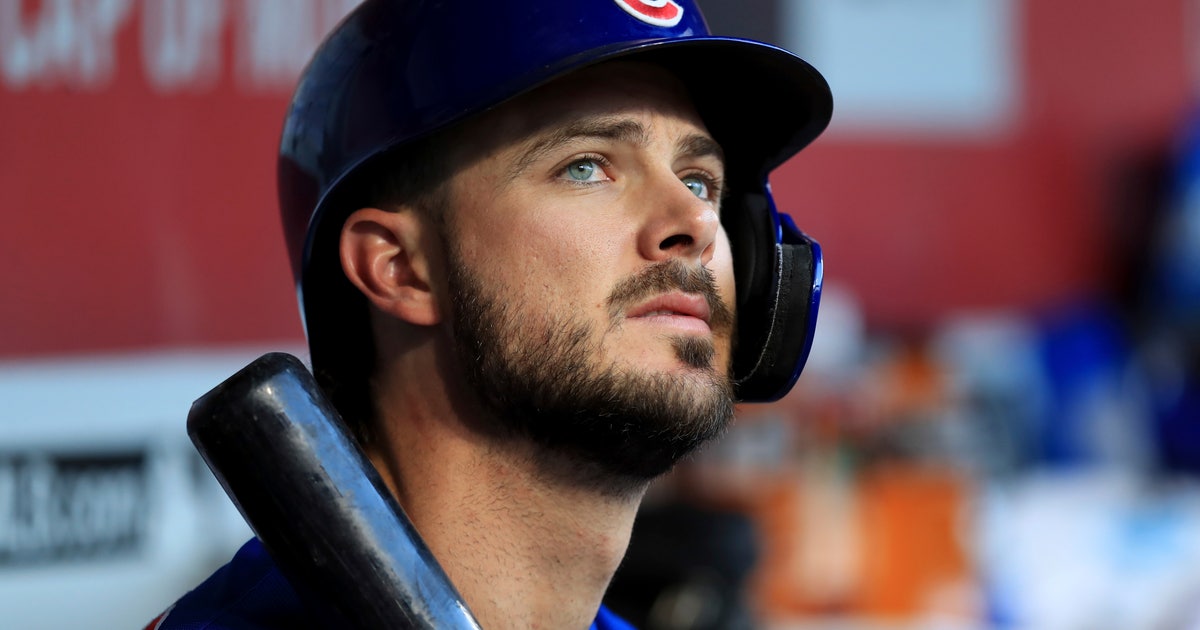 MESA, Ariz. (AP) — Theo Epstein claims there are “no hard feelings on either side” in the relationship between the Chicago Cubs and Kris Bryant.

Bryant’s grievance against the team was denied by arbitrator Mark Irvings, who ruled the players’ association did not prove Chicago’s reasons for holding the third baseman in the minors at the start of the 2015 season were a pretext to push back his eligibility for free agency.

“I’ve had a good text exchange with KB, checking in here recently, and whether it’s the trade rumors or the grievance matter, there are no hard feelings on either side,” Epstein, the Cubs president of baseball operations, said Tuesday. “He’s excited to report to camp later this week. He’s excited for the 2020 season… He’s looking forward to getting started and continue what’s been a great relationship.”

A three-time All-Star and the 2016 NL MVP, Bryant is eligible for free agency after the 2021 season.

Responding to former manager Joe Maddon’s assertion to ESPN that he had “philosophical differences” with the front office, Epstein said. “I’ve never wanted to get involved in running the clubhouse. I’ve never wanted to infringe on a manager’s authority.

Maddon was quoted by ESPN as saying of Epstein: “At some point, I began to interfere with his train of thought a little bit. And it’s not that I’m hardheaded. I’m inclusive. But when I started there — 2015, 2016, 2017 — it was pretty much my methods. And then all of a sudden, after 2018 going into 2019, they wanted to change everything.”

Epstein said there had been only two instances he could think of in 18 years of running a big league team’s baseball operations where he felt like “basic organizational standards for work, preparation and behavior were not getting met” and that he had to get involved and give feedback. Whether the 2018-2019 Cubs offseason was one of those times, Epstein would not say.

“I hold those two instances to myself, but I guess Joe indirectly alluded to it with some of his comments today,” Epstein said. “But, that’s fine, again, I love Joe, and nothing is going to get in the way of that. I don’t think he meant any ill will to his comments. It might be his interpretation and hindsight of how he thinks things went down.”

First-year manager David Ross walked into the media room Tuesday and at first didn’t know where to sit at the table in front of the cameras. He laughed and admitted he “didn’t know protocol.”

Ross was a fan favorite in 2016 when he was a backup catcher on the team that won the Cubs’ first World Series title since 1908. He replaced Maddon after the Cubs went 84-78 and missed the playoffs for the first time since 2014.

“I think the main thing is there has been a lot of success here, and these guys have had a lot of experiences to pull from,” he said. “Just coming back and paying attention to some of the details, grinding at-bats, focusing on cleaning up our base running a little bit, some of the small details where some things have maybe gone awry in the last year or two.”

Ross added that it’s nothing “earth shattering” on the focus this spring training.

“I think it’s just a focus … working together, getting back to respecting one another and being accountable to your at-bats and your teammates,” Ross said.

Biden: I Would Shut Down Country To Prevent Spread of COVID-19

Bellator cools rage in the cage in wake of coronavirus

States push jobless from virus recession to return to work