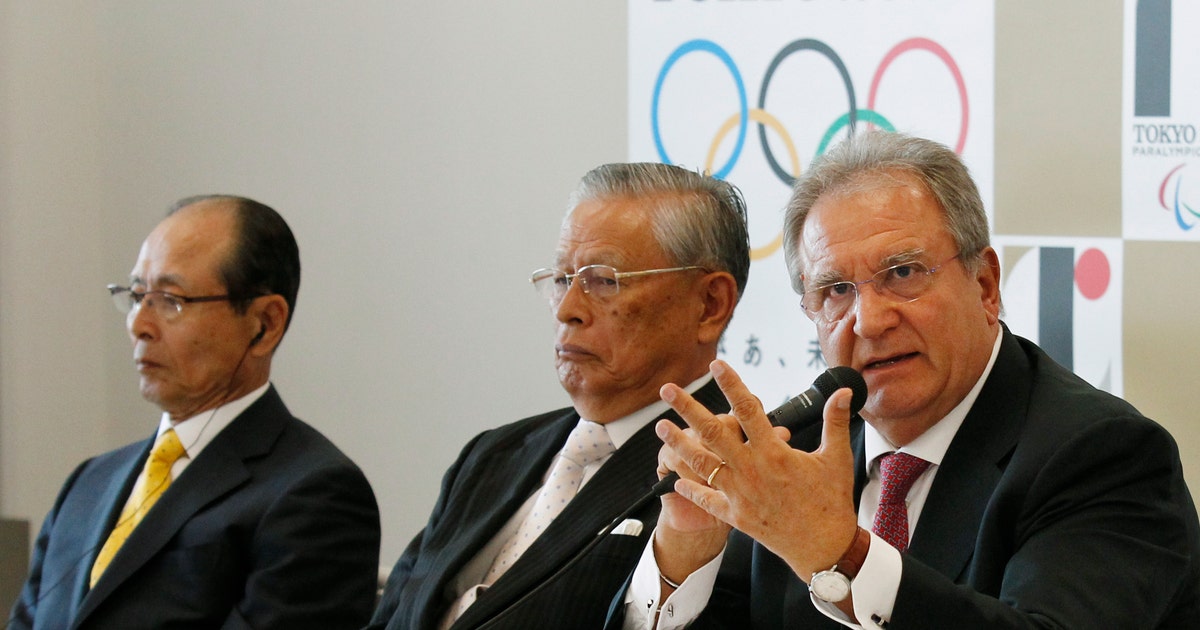 ROME (AP) — Baseball. In Japan. At the Olympics.

For World Baseball Softball Confederation president Riccardo Fraccari, it seems like such a sure home run that he can’t even imagine why anyone wouldn’t want to be involved.

No wonder the refusal of Major League Baseball and its players’ association to send top stars to the Tokyo Games has frustrated Fraccari for years.

Now, with the Olympics postponed for a full year because of the coronavirus pandemic, and the current MLB season on hold, Fraccari has the unexpected opportunity to make one final pitch to the sport’s biggest league.

“Considering the damages from the coronavirus, baseball needs the Olympics now more than ever to boost the sport’s globalization, expansion and mass appeal,” Fraccari said in a recent interview with The Associated Press.

“We need to make sure our sport doesn’t get trampled over by other sports that are becoming more popular with younger audiences,” Fraccari said from Switzerland. “The coronavirus is going to make us understand how important the Olympics are for baseball and softball.”

The only MLB players permitted to play in the Premier12 tournament last year were those not on 40-man rosters. Not surprisingly considering the rules, the United States finished fourth and failed at its first chance to qualify for the Olympics.

MLB, the union and USA Baseball changed the rule in February and said players not on 26-man active rosters or injured lists would be eligible for an Americas qualifying tournament that had been scheduled for Arizona in March before being postponed indefinitely because of the virus.

But teams that want to block players have claimed in the past they are unavailable because of nagging injuries. In addition, MLB teams imposed pitch limits on their players who went to the Premier12.

While Fraccari wasn’t interested in debating whether MLB teams were unfairly preventing their players from taking part in qualifying, he noted that “it won’t be good” for the sport if the U.S. team doesn’t make it to Tokyo. He added that he is waiting for the “right moment” before talking to MLB.

With the World Baseball Classic pushed back from 2021 to 2023, the Tokyo Games represent the sport’s only major international competition for several years.

“Why does soccer want to be in the Olympics? It’s obvious: because the Olympics — despite everything — is still the biggest event on the planet,” Fraccari said. “(The Olympics) is going to help revive the profile of baseball worldwide.”

The 2008 Beijing Games marked the last time that men’s baseball and women’s softball were contested at the Olympics, after the IOC voted in 2005 to remove them.

As separate bids, the two sports failed to return for the 2016 Olympics in Rio de Janeiro.

A move promoted by Fraccari to consolidate baseball and softball into one confederation in 2013 helped achieve reinstatement for the Tokyo Games as one of five additional sports.

With baseball Japan’s most popular team game, ticket demand for the Olympic tournament was unprecedented — at least until the games were postponed to 2021. And Nippon Professional Baseball scheduled a break starting July 21 through Aug. 13 to allow to players to compete in the Olympics.

“Let me say this: It’s been a huge success,” Fraccari said. “It’s obvious and natural that baseball — being the main sport in Japan — has this type of success.”

Under the original competition schedule for the Tokyo Games — which is expected to be duplicated for the new dates — softball was given the honor of being the first sport played with a tripleheader slated for two days before the opening ceremony.

The opening softball and baseball games were scheduled for the Fukushima Azuma Stadium as a tribute to the recovery of the area from the March 2011 earthquake, tsunami and nuclear disasters.

Then both sports move to the 35,000-seat Yokohama Stadium near Tokyo.

“This is an example of how important baseball and softball are in Japan,” Fraccari said. “The state is using the sport as an incentive for recovery from the Fukushima disaster. It’s something exceptional for them.”

Besides Japan, which qualifies as the host nation, only three other teams have secured places in the baseball tournament. Israel was the surprise winner of the Africa/Europe qualifying event, while South Korea and Mexico earned spots during the Premier12.

The last two nations in the six-team tournament will come from the Americas tournament and a final qualifying event in Taiwan.

While baseball and softball won’t be contested at the 2024 Paris Olympics, the sports hope to be back for Los Angeles in 2028 if the IOC revises the number of total additional athletes allowed.

“If it were to depend on Tokyo then we should already be in,” Fraccari said. “But it depends on this global reform.”

And, perhaps, better collaboration from MLB and the union.