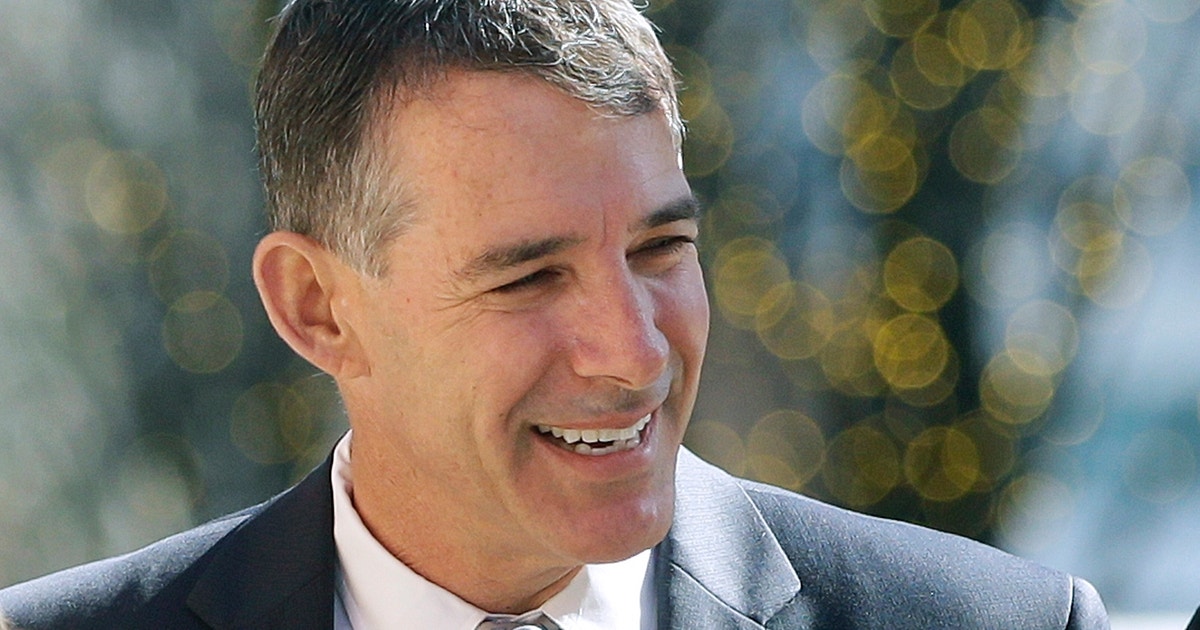 BOSTON (AP) — The former men’s tennis coach at the University of Texas at Austin was sentenced Monday to six months in prison for taking a $100,000 bribe as part of a sweeping college admissions scam.

Michael Center collapsed into his chair and sobbed with his face in his hands after the judge declared he would spend time behind bars for actions that undermined the public’s faith in the college admissions process.

“I believe you are a good man, but this is one of those things that just can’t be overlooked,” U.S. District Judge Richard Stearns told him.

Center pleaded guilty in Boston’s federal court last year to participating in the bribery scheme, in which Hollywood stars and other prominent parents paid huge sums to get their kids into elite universities, prosecutors say.

Center cried as he apologized to his family and friends and pleaded with the judge not to send him to prison.

“I just want you to know how sorry and ashamed I am that I have been a part of this,” he told the judge.

Authorities say the admissions consultant at the center of the scam, Rick Singer, paid Center to help an applicant get admitted as a tennis recruit, even though the student didn’t play the sport competitively.

In 2015, Singer gave Center $40,000 for the school’s tennis program and later flew to Austin, where he gave the coach about $60,000 in cash for himself during a meeting in a hotel parking lot, prosecutors say.

Center was among 50 people arrested last year in the case dubbed Operation Varsity Blues, in which wealthy parents were accused of paying bribes to cheat on their children’s entrance exams or get them admitted to selective schools as fake athletic recruits.

He is one of a handful of coaches and parents who have been cooperating with prosecutors in the hopes of escaping a lengthy prison sentence and could potentially testify against other defendants at trials.

He is the second coach to be sentenced for his role in the scam.

Former Stanford sailing coach John Vandemoer was sentenced last year to one day in prison, which he was deemed to have already served, after admitting to taking money for the school’s sailing program in exchange for labeling prospective students as team recruits.

Lawyers for the more than a dozen parents still fighting the charges in the case — including “Full House” star Lori Loughlin and her fashion designer husband Mossimo Giannulli — will also be in court in Boston this week. A status hearing is scheduled for Thursday.

“Desperate Housewives” star Felicity Huffman was released from a federal prison in October after serving 11 days for paying $15,000 to rig her daughter’s SAT score.

Jason Miller: If Voter Irregularities Are Not Addressed In Georgia It Will Affect Results...

After bitter debate, Trump, Biden to speak at charity event