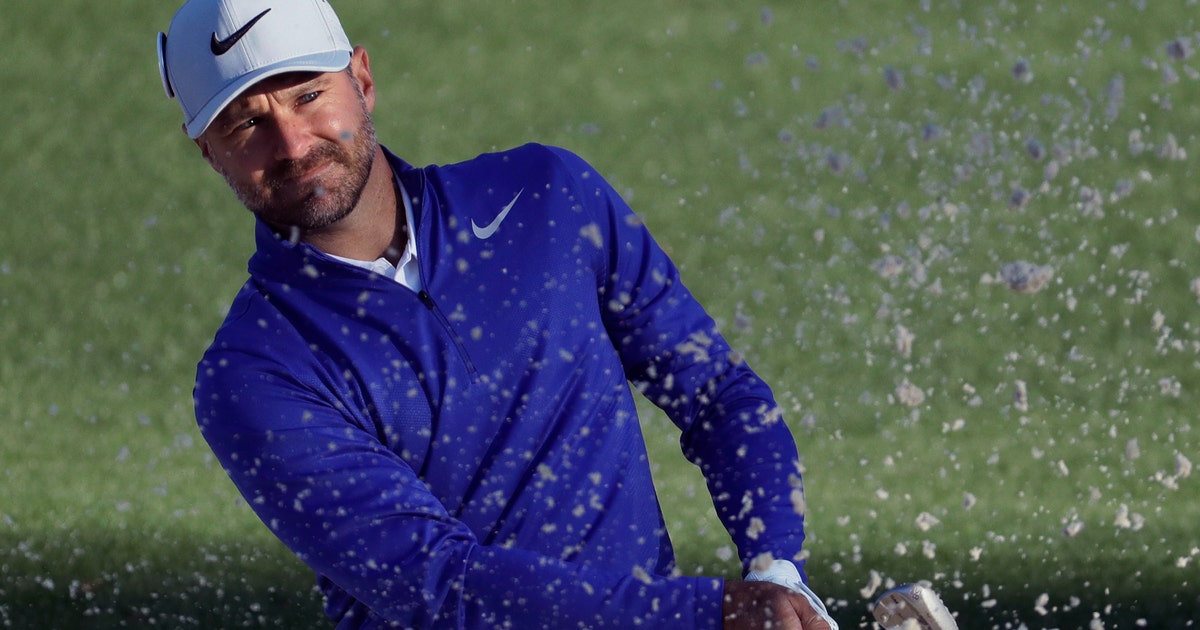 Trevor Immelman of South Africa has big shoes to fill as the next International captain for the Presidents Cup, and that goes beyond a figure of speech.

Immelman was introduced Tuesday as the seventh player — and third South African — to be captain of a team cobbled together from every country outside the U.S. and Europe. His task is a big one. The International team has won only once since the matches began in 1994, and the Americans have won the last eight times.

He replaces Ernie Els, who brought a new identity to the International team by creating a new shield, relying heavily on analytics and making 12 players from nine countries feel like a team.

There’s also the physical side — the Big Easy is 6-foot-4 and has a big presence.

“Everybody is going to come with their own spin on it and try and leave their own mark on it to where you really can get the players to perform their best,” Immelman said in a conference call. “But I thought what Ernie did really well was when he spoke, he said things that were really impactful.

“He’s not always a man of many words,” he said. “But when he came into the team room, first of all, the size of him, the aura and presence that he comes in with is something the whole team could feel. We could feel his intensity. We could feel his emotion. We could feel how badly that he wanted to turn this thing around. … Those are literally and figuratively massive shoes for me to fill.”

Immelman, a former Masters champion, played on two teams, under Gary Player in 2005, which came down to the final match, and in 2007 in Canada, which was another easy time for the Americans.

The International team nearly ended the drought in December at Royal Melbourne, building a lead from the opening session until Tiger Woods as a player and captain led the Americans back from a two-point deficit for a 16-14 victory.

The 2021 matches are scheduled for Quail Hollow Club in Charlotte, North Carolina. The Americans have yet to announce their captain, with Zach Johnson thought to be the favorite.

Immelman was captain of the inaugural Junior Presidents Cup in New Jersey in 2017, and Els picked him as one of his assistant captains for Royal Melbourne. The other assistants were K.J. Choi of South Korea, Mike Weir of Canada and Geoff Ogilvy of Australia. Weir is likely to be captain for the 2023 matches if they go to Royal Montreal as expected.

“Trevor was an invaluable member of our team and completely bought into what we were trying to do at Royal Melbourne, so it is gratifying to see him take this next step and lead the International Team,” Els said.

Jack Nicklaus typically goes to Augusta National for a few days this week, starting with the Champions Dinner on Tuesday night, the Par 3 Tournament with one of his grandchildren on the bag, and then the honorary tee shot with Gary Player on Thursday morning.

He’s home in Florida, and still a big voice this week even as the Masters has been postponed by the COVID-19 pandemic.

He is part of a World Golf Hall of Fame podcast that launched this week. Nicklaus has recorded a FaceTime interview with ESPN anchor Scott Van Pelt that will air Wednesday in conjunction with ESPN showing his 1986 Masters win.

Nicklaus also has planned a video interview with Golf Channel, which will show his news conference that followed his 1986 victory. Golf Channel also plans to show its three-par documentary, “Jack,” on Sunday at 3 p.m.

And Nicklaus is a featured guest on four SiriusXM PGA Tour radio shows.

With the British Open called off until 2021, there will be only three majors on the golf calendar this year — and that’s assuming golf resumes by August.

The last time only three majors were played in one year was 1941. The British Open was in the second of six years being canceled because of World War II. Craig Wood won the Masters and U.S. Open, each by three shots, over Byron Nelson at Augusta and Denny Shute at Colonial.

In his bid to become the first player with three pro majors in one year, Wood didn’t make it out of the second round in the PGA Championship. Mark Fry beat him, 6 and 5, at Cherry Hills.

Fry played only 46 times on the PGA Tour — never more than seven events in one season — and never finished higher than third.

Three weeks into the PGA Tour shutting down, Xander Schauffele has a case of condo fever, and the struggle is real.

“I love golf,” he said in a conference call.

And there’s nothing he can do about it. Schauffele lives in a condo of about 2,000 square feet in the San Diego area. It has two bedrooms and not nearly enough room for him to do anything with his golf clubs. The golf courses in San Diego are closed. That explains why he hasn’t touched them since he birdied three of his last four holes to salvage a 2-under 70 at The Players Championship on March 12, the day before it was canceled.

Apparently that involves getting a puppy, a French bulldog he named Chewy. It involves a few board games he plays when brother Nico stops by. It doesn’t involve much reading.

“I’d be lying if I said I read any books,” Schauffele said.

Golf would appear to be at least two months from starting, although Colonial on May 21-24 remains on the schedule for now.

“I think all of us are in the same boat,” he said. “We’re all just trying to find ways to distract ourselves or stay mentally fit. … Maybe it’s not really mentally fit, it’s mentally sane. I’m so used to be outdoors, and this is the polar opposite.”

FanDuel Group on Tuesday announced the launch of its “$10K PGA Sims Free Play Contest,” featuring a simulation of the Masters. The contest, presented in a daily fantasy game format, will have a $60,000 salary cap for fans to pick six players. They can choose from among current players, retired stars such as Nicklaus, Jones, Arnold Palmer and Johnny Miller, and characters from famous golf movies such as the 1980 comedy “Caddyshack.”

Each hole for each player goes through the custom numberFire simulator, which factors in distance, par and player skill. One round will be simulated each day with statistics and a leaderboard updated each night. Winners receive site credit. The contest is locked at noon Thursday.

THIS WEEK IN HISTORY

Picking the best Masters is like asking for the best links course on the British Open rotation. For the sake of anniversaries, it was 25 years ago this week that 43-year-old Ben Crenshaw returned from being a pallbearer at the funeral of swing coach Harvey Penick and won the Masters for the second time. Davis Love III, who won the previous week in New Orleans to qualify for the Masters, finished one shot behind.

STAT OF THE WEEK

The Masters is the only major in which the winner has never posted all four rounds in the 60s.

“I’m learning a lot about technology.” — Kevin Kisner, who has been using Zoom and other videoconferencing as a member of the PGA Tour policy board.

Pence: Time For Democrats In The House And Senate To Step Up, Reach An...

Erick Erickson compared to KKK for placing cross with Christmas lights in his front...

Mini Lipstick Gift Sets – ‘The Chubbettes’ by Clinique Include a...