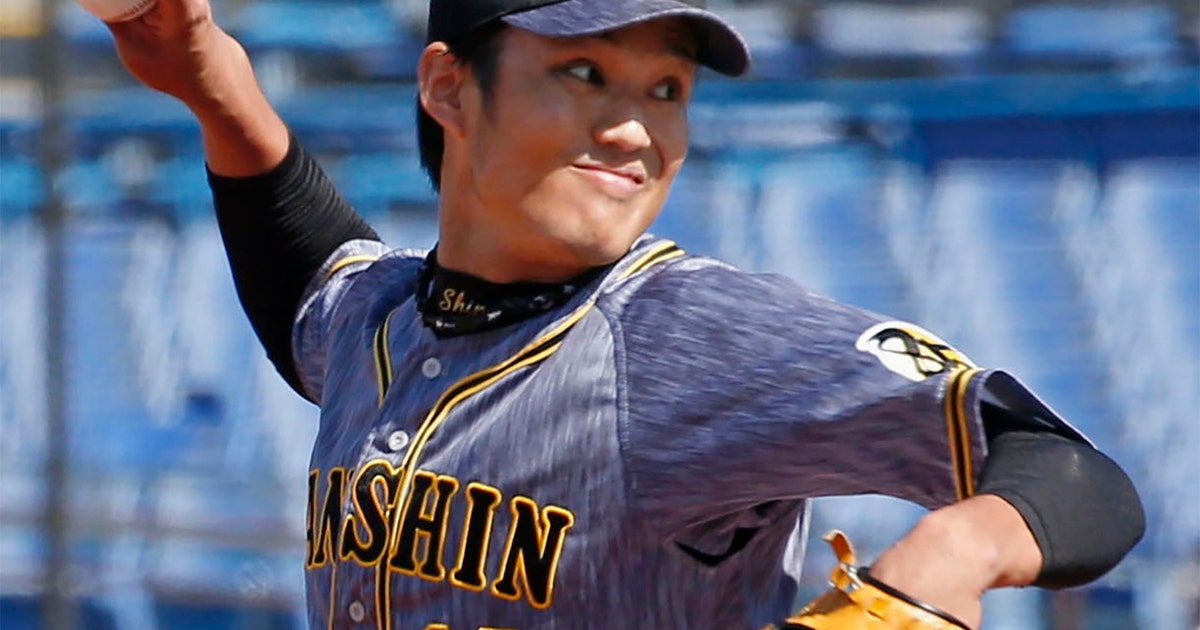 National broadcaster NHK reported Friday that Tigers pitcher Shintaro Fujinami and two teammates have become the first professional baseball players in Japan to test positive amid the coronavirus pandemic that is shutting down sports around the world.

Unlike Japan’s professional soccer league which has canceled all games, Japanese baseball has been playing exhibition games with no spectators. The Tigers canceled Thursday’s farm team practice game and had their home park, Koshien Stadium, disinfected after the positive tests.

Japan professional baseball had earlier postponed the start of its regular season amid the pandemic and was aiming for April 24 as opening day. An NPB official on Friday insisted that’s still the plan.

“We do not plan to reconsider the date because of this,” NPB secretary general Atsushi Ihara told reporters. “We are still aiming for April 24.”

Fujinami was examined at a hospital on Tuesday and Wednesday, and a doctor recommended he have a test. The 25-year-old right-hander reported losing his sense of smell, although he exhibited no other symptoms before the test.

After checking the pitcher’s activities over the past two weeks, it was determined that two other players who dined with Fujinami reported a diminished sense of taste. They also tested positive.

The Tigers have not commented on the cases, but has ordered all of its players and staff to self-quarantine, and has suspended all practice through next Wednesday.

Japan had 1,905 confirmed cases, including 712 from a quarantined cruise ship, with 53 deaths as of Thursday.

After managing to keep the initial under control, Tokyo saw its biggest increase in infections on Thursday with 47 new cases reported.

The number of cases worldwide has topped a half-million and deaths climbed past 24,000.

For most people, the coronavirus causes mild or moderate symptoms, such as fever and cough that clear up in two to three weeks. For some, especially older adults and people with existing health problems, it can cause more severe illness, including pneumonia and death.

So far, more than 120,000 people have recovered, according to the Johns Hopkins University tally.

GOP Senator-Elect Tuberville on Electoral College Challenge: “We’re Going To Have To Do It...

Will The 2020 Elections Be Secure, The Meaning of Virtual Poltical Conventions, and is...

Kevin Durant ruined the NBA & Steph Curry is here to...