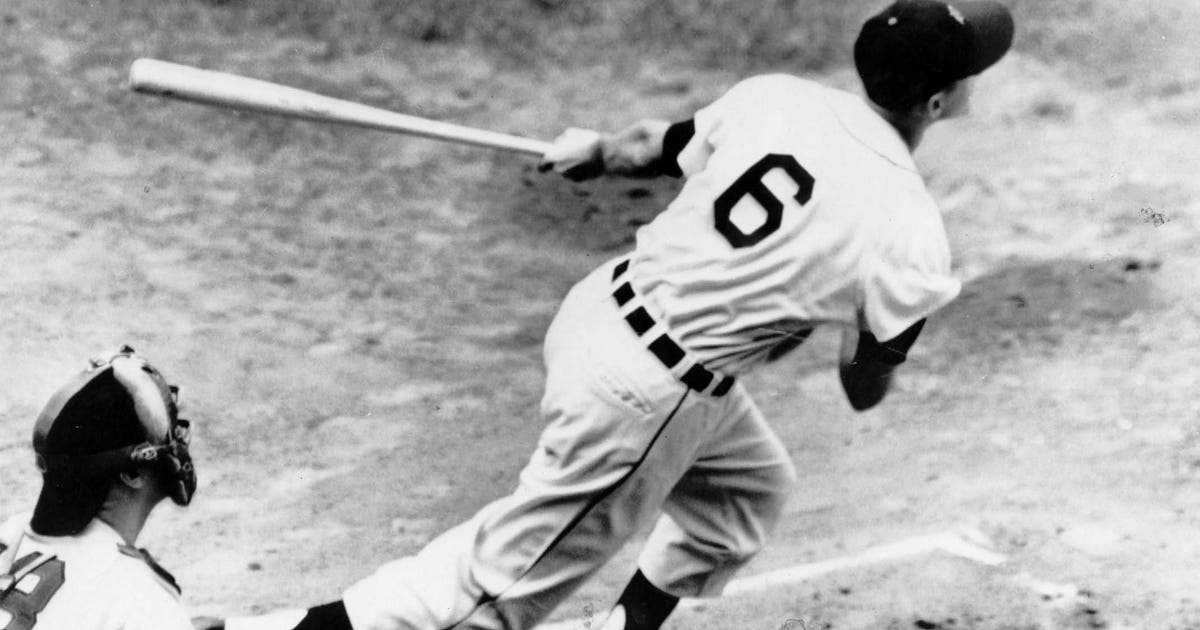 DETROIT — It’s just another number with a couple of zeroes attached — 400 — and it meant so little to Al Kaline that he forgot about it.

The record book lists that Kaline hit 399 home runs in his career. It was decent total, tied for 58th all-time. He was behind the tarnished Barry Bonds and the wondrous Henry Aaron and the great Babe Ruth, Willie Mays and Mickey Mantle. Tied at No. 58 with Andres Galarraga.

But Al Kaline was more of a singles/doubles hitter in his 22 seasons with the Tigers.

And there was never anything tarnished about the great Kaline, who died Monday at 85. He played with dignity.

He was a pure ballplayer in his 22 seasons with the Tigers.

Plus the obscured, forgotten — and quite distinctive — No. 400.

But I remember it very well so many years afterwards. So, a few years ago in the pressbox at Comerica Park, I told Kaline the story about his home run that disappeared.

I dug way back to 1958, I recall. Al was 23, already a veteran major-leaguer. I was a still novice sportswriter with the Associated Press. It had been my dream to cover a Major League ballgame.

On this gray, June Sunday with a golf tournament in town and the veteran sports guys covering that, I was assigned to cover my first ballgame: Tigers vs. White Sox.

I was thrilled. I got out to Briggs Stadium early, full of vigor. I interviewed Al Lopez, the White Sox manager. I went into the Tigers’ clubhouse and stood there agog. I rode the elevator upstairs to the pressbox, a heavenly place.

Then the ballgame started. It was dark and rainy.

I hunched forward when Kaline came to bat.

Al swung and hit the ball toward right field. It carried through the rain drops and landed over the fence in the lower right-field seats.

I can visualize it 62 years later.

Then the deluge. And the wait. And then the umpires coming out and waving. It was some time in the fourth inning.

All the numbers washed out. Kaline’s home run dissolved.

“I don’t remember it,” Kaline said that day at Comerica. “I forgot about it.”

He shook his head. With dignity!

The young AP writer got another chance, the next season, I again recall, in 1959. In June, with another golf tournament in town. Tigers vs. Yankees.

In the fourth, the fifth, the sixth, whenever, Kaline uncorked his right arm and threw out one of the Yankees at home plate.

He hit a home run.

“I don’t remember that, either,” Kaline told me.

That was No. 6. He played the game with pride, as flawlessly as humanly possible.

There was another special moment with Kaline. Not quite private. But again distinctive.

In Detroit, we had Al Kaline and would frequently, with hometown pride, compare him to New York’s Mickey Mantle, a contemporary.

Mantle had the good fortune to play in 12 World Series with the Yankees before he retired, days after his gift 536th home run, off Denny McLain in 1968.

At the time, Kaline had played in zero World Series.

A year or two earlier, now having switched from the AP to The Detroit News, I was assigned to do a magazine article on the two rivals. I was to hit the jealousy angle.

“Jealous of Mantle’s World Series?” I asked Kaline at his famous corner locker in the clubhouse at the renamed Tiger Stadium.

Quite a difference between jealous and envious.

Kaline, injured much of the season, was back playing in September, and manager Mayo Smith was scheming to move Mickey Stanley to shortstop and Jim Northrup over to center field, allowing Kaline to play right in the World Series.

The Tigers clinched their pennant in a game against the Yankees the night before McLain and catcher Jim Price concocted to present Mantle with the parting home run.

The game was tied 1-1 with two outs in the bottom of the ninth. Kaline worked a walk as a pinch hitter for Norm Cash.

With 46,000 plus in the ballpark and all of Michigan in great anticipation, Kaline moved onward to third. Moments later, Don Wert looped a single to right.

“I knew before I came to the ballpark tonight I’d do something to win the pennant,” Kaline told me in the soggy, crazy clubhouse.

After the Tigers won Game 7 for their historic championship, Kaline sipped from a bottle of champagne away from the main celebration in the clubhouse in St. Louis. He handled me the bottle and allowed me a taste. Then he looked as Dick McAuliffe, drenched — with the hat he ripped off Jim Campbell’s head — and the others poured champagne over each other.

McLain powered up a bottle with several shakes and fired a stream.

“Look,” said Al, a champion at last, “Denny’s pouring champagne over the writers.”

We in Detroit watched the magnificence of Mantle and felt, well, we have Al Kaline, a dignified, pure Major League ballplayer.

Now they’re joined, the two contemporaries, longtime rivals, on a ballfield high above us.

OUR TUESDAY PROGRAMMING IN HONOR OF AL KALINE

7 p.m.: Legends of the Olde English D … Kirk Gibson, Al Kaline and Alan Trammell share inside stories of some of the most famous moments in Tigers history.