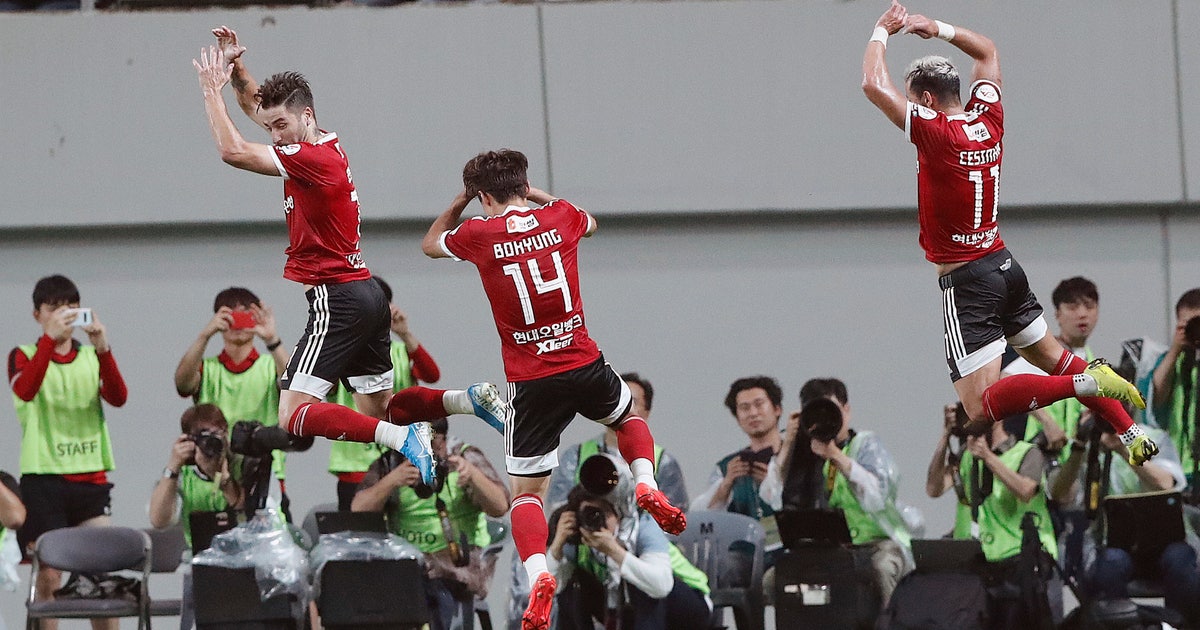 SEOUL (AP) — South Korea’s soccer league will kick off the season Friday, three days after the first pitch was thrown in baseball, in yet another sign that life in the country is starting to return to normal after strenuous efforts to contain the coronavirus.

The K-League had been scheduled to start Feb.29 but on that day there were 909 infections of the virus, the country’s highest daily total. After weeks of extensive testing and tracing, that number has fallen to single figures since mid-April.

Soccer authorities have regularly consulted with medical experts and were advised that if the number of new cases fell below 30 for two weeks, then the league season could start.

And so the action begins with defending champion Jeonbuk Motors facing Suwon Bluewings on Friday night in the southwestern city of Jeonju.

“Thanks to the hard work of the South Korean medical workers and the population’s active participation in social distancing, the league can start,” K-League President Kwon Oh-gap told the Associated Press. “Also, we appreciate that clubs and players have fully cooperated in the preparation process.”

There are restrictions, however. No fans will be allowed in stadiums, many which were built for the 2002 World Cup and have capacities of over 40,000. Although K-League officials are hopeful that this will change within weeks rather than months.

For all South Korea’s success in containing the virus — the country has reported 10,810 cases of COVID-19 and 256 deaths — there is a recognition that new cases could surface at any time. The 12-team league, which paid for 1,100 test on players and staff at the end of April that all came back negative, has already been shortened from 38 rounds to 27. That number could be reduced further to 22 games if necessary.

“Our goal is to keep a close eye on the situation and finish the season without a problem,” Kwon said. “If there is a case of the virus in a team during the season, that team and any team they played against will be suspended for at least two weeks.”

With soccer around the world virtually shuttered amid the pandemic, the K-League, has sold international broadcasting rights to more than 10 countries.

Hong Jeong-ho, the South Korea and Jeonbuk defender, said it sets the stage for international and local fans to see the caliber of the K-League.

“We have the chance to let football fans from around the world know that there are many good players in out country if we perform to our best on the pitch,” Hong was quoted to say on the Asian Football Confederation’s website. “I feel even more grateful that I can play football and I realize the importance of the game and of the fans.”

TV viewers will be able to see for themselves how new safety measures will work. Players will not shake hands with each other, and spitting and conversations at close quarters on the field are prohibited with the K-League ready to impose sanctions on repeat offenders.

South Korea President Moon Jae-in has welcomed the return of sport to the country.

“The world will learn, with a close look, how to enjoy sports while making quarantine and everyday life coexist,” the president posted on social media. “I expect sports to give hope to the people desiring the recovery of their daily lives.

“To that end, the opening of the sports season should be well established in harmony with quarantine.”

Loudoun County Residents Speak Out Against CRT: "This Is About Power and Control”