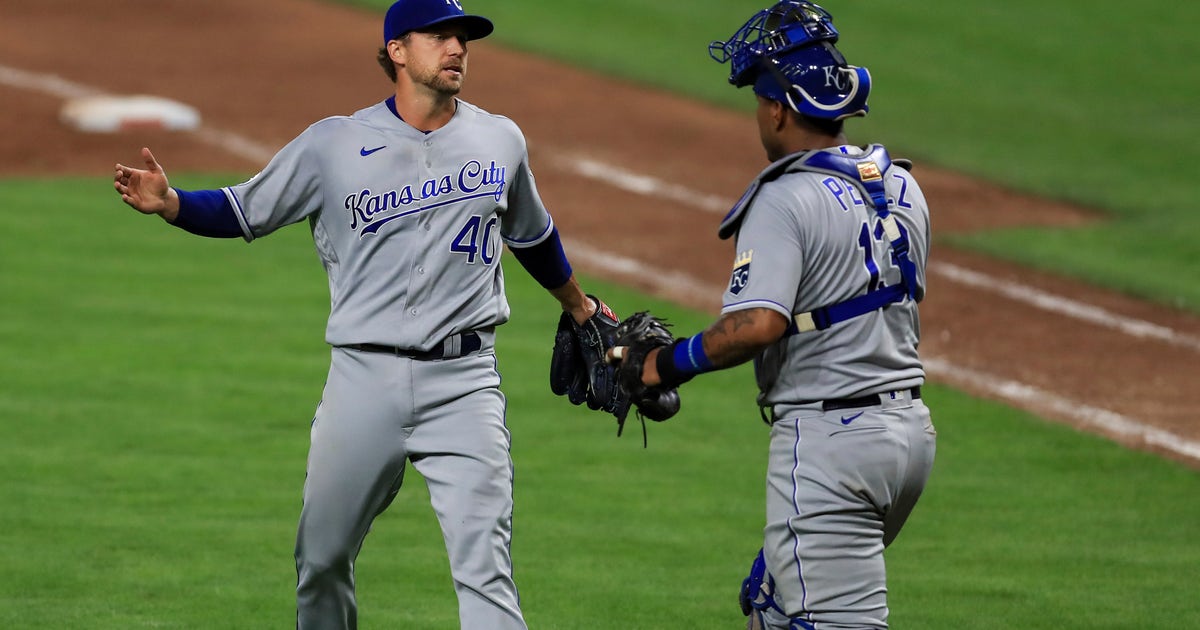 CINCINNATI — Bases loaded, one out, another close game on the verge of slipping away. The strain showed on Mike Matheny’s face in the ninth inning — not that anyone could tell.

Salvador Perez had three more hits, and Kansas City’s bullpen barely held on for a 5-4 victory over the Cincinnati Reds on Wednesday that had everyone’s blood pressure up at the end.

“It got a little elevated, I’ll admit,” Matheny said. “The masks — that’s one of the benefits of these things. They hide how you’re feeling at this time.”

The Royals were squirming when Trevor Rosenthal walked the bases loaded with one out in the ninth. Christian Colón — whose single in the 12th inning sent the Royals over the Mets in the 2015 World Series — grounded into a double play to end it.

The Royals have won five out of six, walking that tightrope much of the time. Kansas City has already played eight one-run games, going 3-5. Twelve of their 19 games have been decided by two runs or fewer.

“That inning is such a microcosm of how our last couple weeks have been going,” said Rosenthal, who got his fourth save in as many chances. “We’ve just been fighting so hard.”

The Reds wasted a chance to get back to .500 and had their only left-handed starter leave in the second inning again.

Wade Miley (0-2) signed a two-year, $15 million deal in the offseason. He retired only five batters during his Reds debut, giving up six runs in a loss to the Cubs on July 27, and went on the injured list with a strained groin afterward.

Miley appeared to hurt himself when he stepped awkwardly while covering first base in the second inning Wednesday. After talking to a trainer, Miley stayed in the game, walked the next batter and was removed after only 43 pitches.

Miley said he left because of how he was struggling with his control.

“I guess they thought I landed on the bag funny, but I was completely fine there,” Miley said.

The Royals’ offense has led the way during the surge. It scored one run at a time to keep it going, led by Perez’s homer, double and single.

Brad Keller (2-0) allowed two singles in six shutout innings. He was acquired from Cincinnati in the 2017 Rule 5 Draft.

The bullpen had two narrow escapes.

Jesse Winker, Freddy Galvis and Josh VanMeter homered in the seventh, cutting it to 5-4. Josh Staumont escaped a two-on threat in the eighth with a pair of called third strikes, and Rosenthal provided the final drama.

“That was kind of fun, huh?” Perez said.

Perez connected for his fourth homer off Tyler Mahle, extending his hitting streak to 10 games — his longest since 2017. He’s batting .429 (18 for 42) during the streak.

Salvy after the close win: “I looked into the Cincinnati dugout and I saw Moose (Moustakas). He hollered to me, ‘I love you. Good game.’ And I told him, ‘Hey, we’ve been in that situation before. It’s no pressure.’…And he just started laughing.” #AlwaysRoyal pic.twitter.com/ko5PGkBQS9

The game was delayed 17 minutes in the bottom of the first inning when plate umpire Chris Conroy took a foul off his right hand, breaking the ring finger. Crew chief Jeff Nelson moved behind the plate for the next two innings, and Conroy returned and worked third base with his finger bandaged.

Royals: Adalberto Mondesi was hit in the right arm by a pitch in the fourth but stayed in the game.

Reds: Miley was reinstated from the 10-day injured list pregame and right-hander Joel Kuhnel was optioned.

Royals: After a day off, KC opens a series in Minneapolis. Jakob Junis (0-0) faces the Twins for the second time in a week. He allowed two solo homers in 4 2/3 innings last Friday. Junis is trying for his first win in five starts.

Reds: Anthony DeSclafani (1-0) opens a four-game series against the Pirates. He’s 0-4 in his last six starts against Pittsburgh, with the Reds losing all six games.

Sustainable Versatile Parkas – The Cloud Jacket from Houdini Can Be Worn Multiple Ways...

Why an abortion law ruling triggered mass protests in Poland