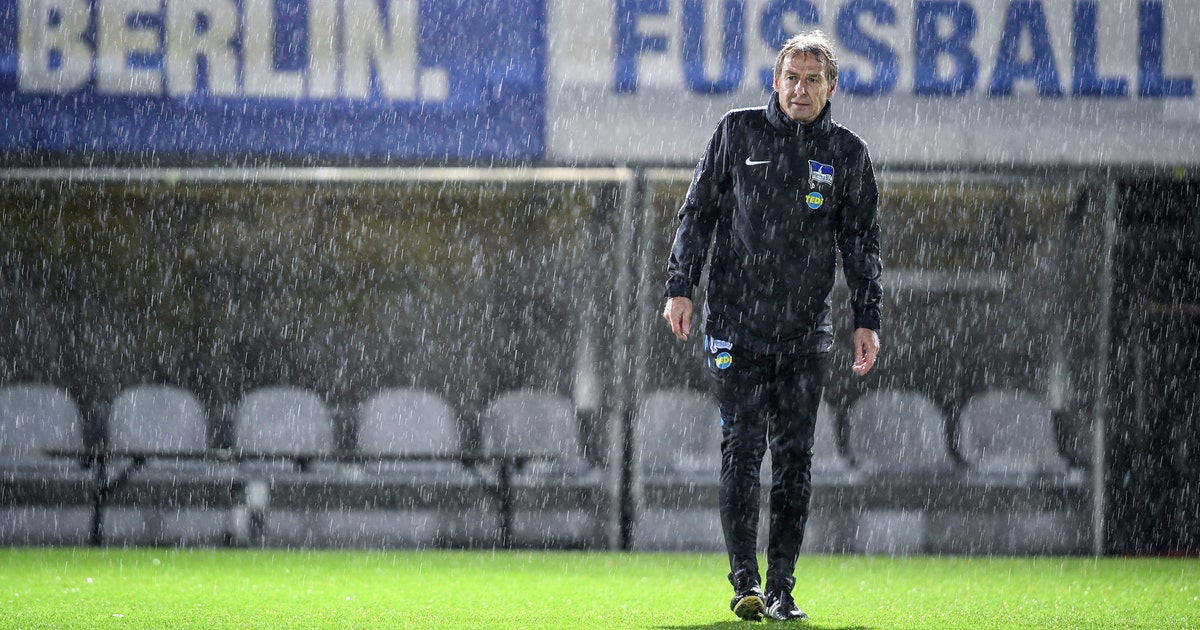 BERLIN (AP) — Hertha Berlin thought it was done with Jürgen Klinsmann after his abrupt resignation as coach.

The publication of details from a 22-page diary that Klinsmann wrote during his short time at Hertha has caused a furor at the club and tipped an already testy break-up even further into acrimony.

Hertha general manager Michael Preetz said the club was checking its legal options. He was accused by Klinsmann of “catastrophic failures” and a “culture of lying.”

The Sport Bild magazine published details from Klinsmann’s journal on Wednesday, when it reported that one of the 55-year-old former great’s conclusions after quitting on Feb. 11 was that “the management team has to be replaced immediately. If that doesn’t happen, the great new signings will become average players after a while.”

With Klinsmann at the helm, Hertha spent an estimated 76 million euros ($83 million) on player signings in January — more than any other team in the world. The moves were made possible because of financier Lars Windhorst’s $250 million investment in the club.

Klinsmann was particularly critical in his journal of Preetz, whose functions he wanted to take over while he was still coach. Klinsmann had said he left because he couldn’t work with the German coaching model, where a team manager shares responsibility for player signings and welfare. Klinsmann wanted full control for every sporting aspect.

Klinsmann said former Leipzig coach Ralf Rangnick had turned down the opportunity to coach Hertha in November — before he himself took over — because he couldn’t work under Preetz. That claim was rejected by Rangnick’s agent, Marc Kosicke, on Thursday.

In his journal, Klinsmann also made comments on every Hertha player, describing Salomon Kalou as “too old and content,” fellow forward Dodi Lukebakio as “not willing to suffer,” and the goalkeepers of “not being Bundesliga standard.”

Hertha president Werner Gegenbauer hit back at the “shabby allegations” and a visibly annoyed Preetz said the attacks were “perfidious and unworthy.”

Windhorst, who brought Klinsmann to the club in the first place, declined to comment. Interim Hertha coach Alexander Nouri, who worked as Klinsmann’s assistant for the 77 days he was at the club, said he “knew nothing” about the journal.

“It’s indisputable that the club is damaged,” Preetz said.

The club has other problems. Klinsmann’s tenure as coach did not go as planned — he was supposed to lead the club toward the European qualification places after he was appointed on Nov. 27. He left after an uninspiring record of three wins, three draws and three losses in the Bundesliga. Hertha was also knocked out of the German Cup by Schalke.

Nouri took over and Hertha earned a 2-1 win at Paderborn, but that that was followed last weekend by a 5-0 loss at home against Cologne. The Hertha fans mocked the players by singing “Oh wie ist das schön” (Oh how wonderful).

Hertha is only six points above Fortuna Düsseldorf in the relegation zone ahead of their match on Friday.

Feature-Rich Traveler Shorts – The 686 Everywhere Hybrid Shorts Have a...