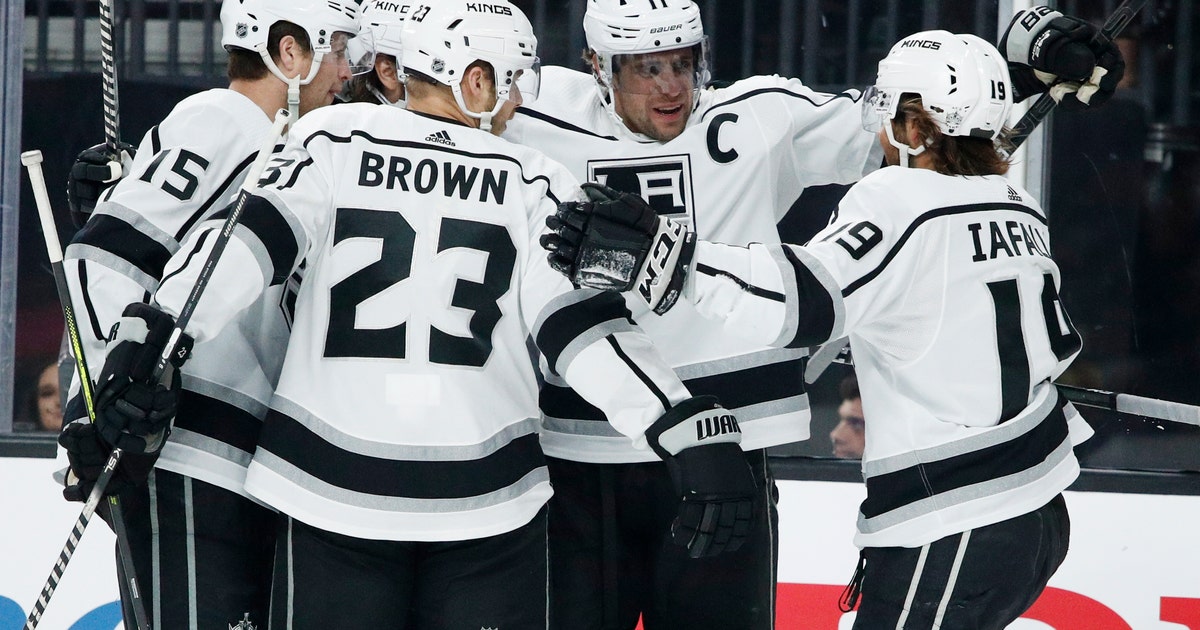 Los Angeles, which is in last place in the Pacific Division, snapped Vegas’ franchise record-tying eight-game win streak. The Golden Knights hadn’t lost since a 4-0 defeat in Minnesota on Feb. 11.

Petersen, who improved to 2-0-0 against Vegas, was brilliant in stifling the Golden Knights’ normally potent offense that clearly was missing Mark Stone, who is week-to-week with a lower-body injury. Of his 42 stops, 19 came in the third period.

Trevor Lewis and Alex Iafallo also scored for the Kings.

Shea Theodore scored for Vegas, while Marc-Andre Fleury made 13 saves.

Kopitar opened the scoring when he was left all alone to the right of Fleury and took an extra second to find the right angle to go top shelf and make it a 1-0 game.

After William Carrier was called for cross-checking, the Kings’ power-play unit took advantage of the Golden Knights failing to clear the puck multiple times, as Kopitar used a backhand to go top shelf again and push Los Angeles’ lead to two goals.

Los Angeles made it 3-0 at 10:04 of the second period, when he used a nifty spin move around Vegas defenseman Nick Holden to beat Fleury far side over his glove.

Vegas got its first goal late in the second, when Max Pacioretty clanked a blistering slap shot off the post that rang as loud as any shot ever taken at T-Mobile Arena. Los Angeles’ Ben Hutton tried clearing the rebound, but Theodore intercepted the puck in the high slot and beat Petersen before he could recover. Theodore is one goal shy of the career-high 12 he had last year in 12 more games played.

After former King Alec Martinez was called for goaltender interference, LA once again victimized one of the worst home penalty kill units. After stopping Adrian Kempe’s slapper from the right circle, Fleury couldn’t control the rebound and Iafallo cleaned up the rebound to push Los Angeles’ lead back to three goals at 4-1.

NOTES: Stone, tied with Pacioretty with a team-high 63 points, missed his second straight game. Vegas coach Peter DeBoer said Stone will not need surgery and hopes to have the forward back by the end of the regular season. … Carrier is one game shy of playing in the 200th of his career.

Kings: Open a nine-game homestand vs. Toronto on Thursday.

Denver mayor travels for holiday after asking staff not to