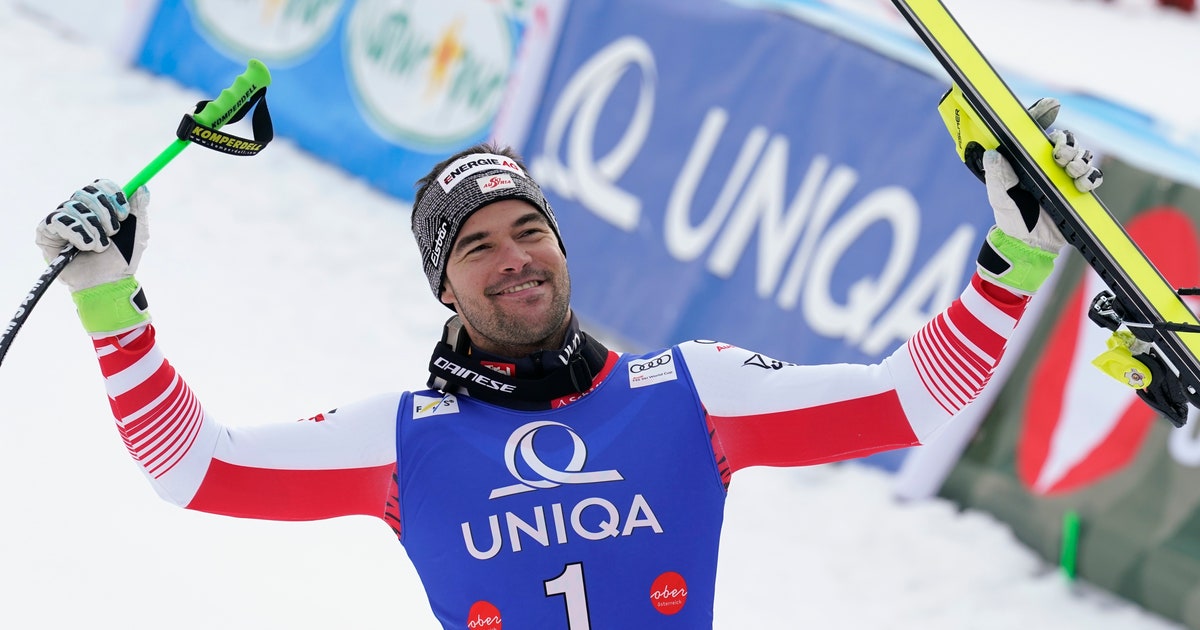 HINTERSTODER, Austria (AP) — Vincent Kriechmayr won a men’s World Cup super-G in his native province of Upper Austria on Saturday as the battle for the overall and discipline titles got new impetus.

Opening the race with bib No. 1, Kriechmayr benefited from the best course conditions as mild temperatures had softened the surface. The increasing number of tracks with each racer hampered late starters.

The leader of both standings before the race, Aleksander Aamodt Kilde, led the field by 0.29 seconds at the first split but the Norwegian crashed as he lost grip while passing a gate in a right turn.

Kilde’s mishap helped Mauro Caviezel of Switzerland take a three-point lead over Kriechmayr in the super-G rankings, while the Norwegian dropped to third, trailing by 29 points. The season includes two more super-Gs.

Kilde remained on top of the overall standings but had his lead over fellow Norwegian Henrik Kristoffersen reduced to 65 points. Alexis Pinturault was 74 points behind in third.

Kristoffersen, a slalom and GS specialist, finished 22nd in his first ever World Cup super-G start.

Kriechmayer won the race 0.05 seconds ahead of Caviezel, who earned his seventh podium result in super-G but is yet to win a race in the discipline.

Thomas Dressen, who won three downhill races this season, dislocated his shoulder in a crash and will not start in Sunday’s Alpine combined event, the German ski federation said.