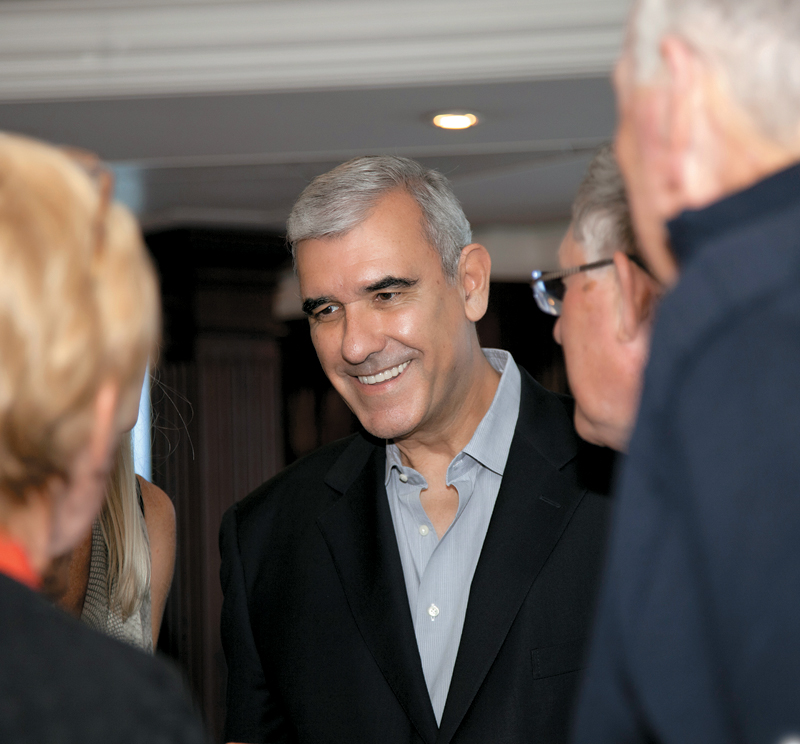 Azamara president and CEO Larry Pimentel resigned on Wednesday. His resignation came among the announcement that Azamara parent company Royal Caribbean Cruises Ltd. (RCL), according to Reuters, laid off or furloughed 26 percent of its workforce in the U.S.—that number equates to about 1,300 of its 5,000-plus employees.

Pimentel determined it was the right time to step down from the brand amid discussions regarding how to best help the cruise line bear the brunt of cutbacks, RCL Chairman and CEO Richard Fain said in a company memo and reported by Seatrade Cruise News.

Among his other accomplishments, awards and recognition, Pimentel was the recipient of the Leader in Luxury Award by our sister publication Travel Agent magazine in 2004.

“Larry is a true industry icon whose shoes can never be filled by anyone else. I applaud his leadership and sacrifice during these difficult times,” Vicky Garcia, COO, and co-owner of Cruise Planners, an American Express Travel Representative, said in a statement provided to Luxury Travel Advisor. “It saddens me to see him go because he’s brilliant, inspiring and kind but we are happy for him in this next chapter.”

US deported Venezuelans through third country despite risks

Expect a lot more of the same if Trump wins a...

BlazeTV Satire: An Honest Ad From Your Democratic Party Spokesperson