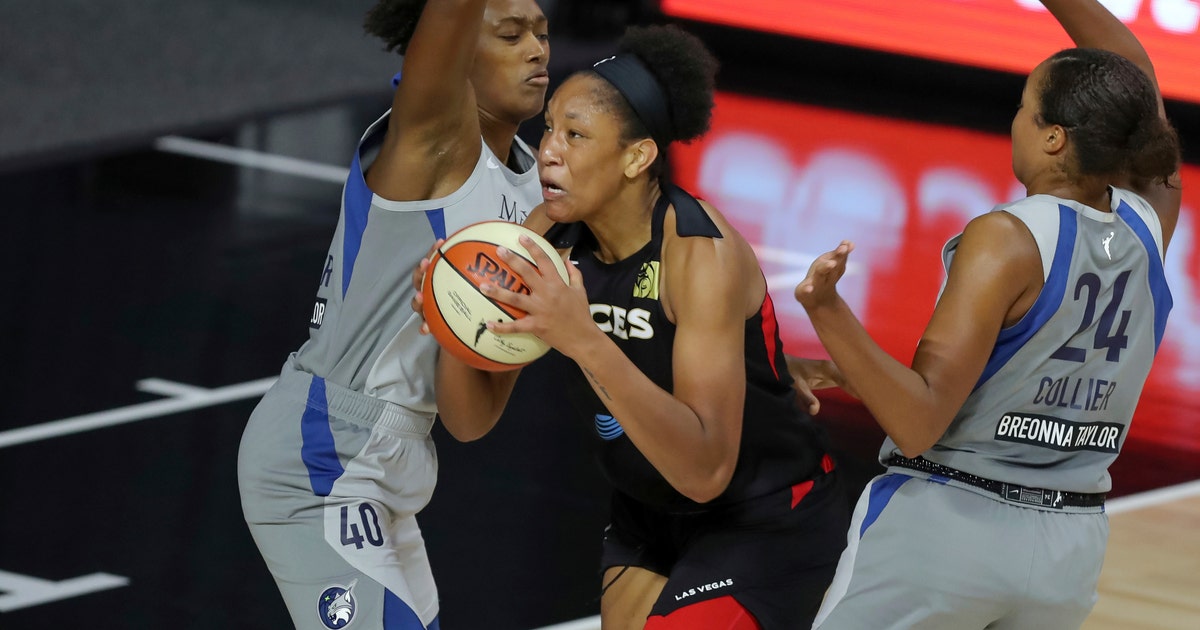 Kayla McBride added a season-high 17 points and Jackie Young had 16 points for Las Vegas (7-2), which moved within one game of Seattle (8-1) for first in the WNBA standings.

Wilson went coast-to-coast and completed a three-point play with 2.9 seconds left in the first half for a 53-37 lead. She had 13 points in the half and McCoughtry scored 15. Minnesota star Sylvia Fowles only played the first 90 seconds of the game before leaving with a right calf injury, and she did not return.