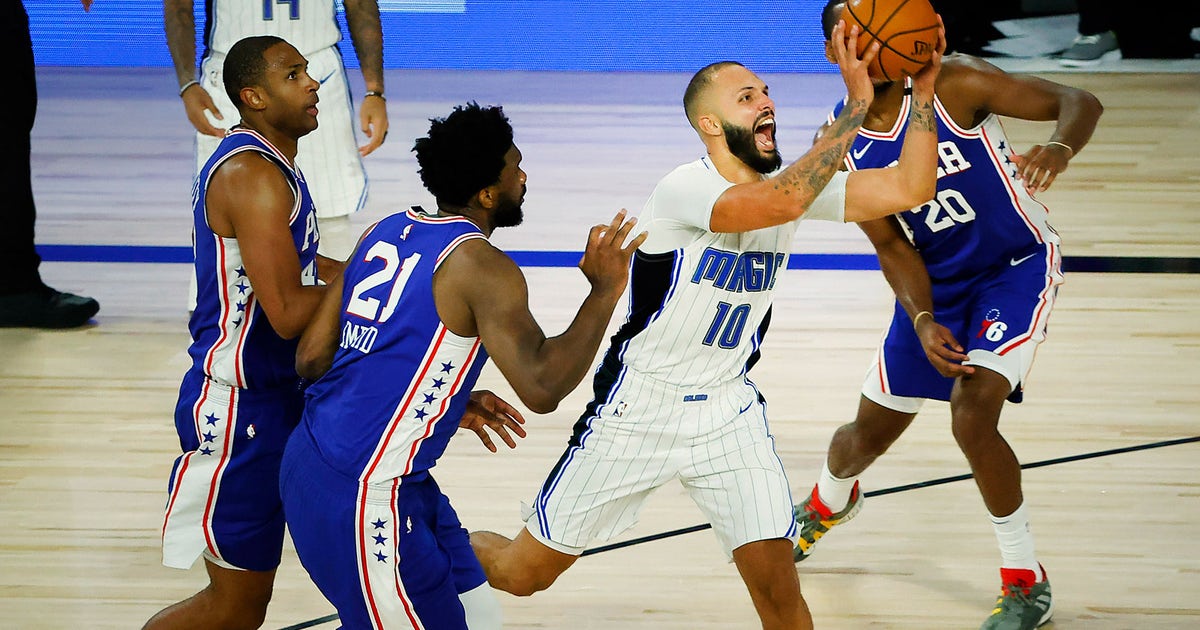 LAKE BUENA VISTA, Fla. (AP) — Tobias Harris had 23 points and 15 rebounds, Joel Embiid turned in a strong second half and finished with 23 points and 13 rebounds and the Philadelphia 76ers held off the Orlando Magic 108-101 on Friday night in their first game without All-Star Ben Simmons.

Simmons is out indefinitely after injuring his knee Wednesday night.

Alec Burks had 22 points off the bench and Al Horford stepped into the starting lineup and finished with 21 points and nine rebounds.

Evan Fournier had 22 points and Nikola Vucevic had 21 points and 12 rebounds to lead the Magic, which have lost three straight games in the NBA bubble after starting 2-0.

The Magic played without Aaron Gordon. who left Wednesday’s game against the Raptors with tightness in his hamstring following a hard foul by Kyle Lowry.

Philadelphia improved to 3-1 in the restart behind a strong second half from Embiid, who scored 18 points after the break. Embiid was particularly effective inside the paint where he was 7 of 10 from the field. He was 0 for 8 from outside the lane.

The 76ers led 88-86 midway through the fourth quarter when Horford knocked down a 3 from the left wing to ignite a 11-4 run to create some breathing room. Embiid capped the mini-explosion with a two-dribble move from the right wing where he maneuvered under the basket and around Vucevic and skied for a powerful reverse dunk.

The Magic went cold down the stretch, unable to convert from long range.