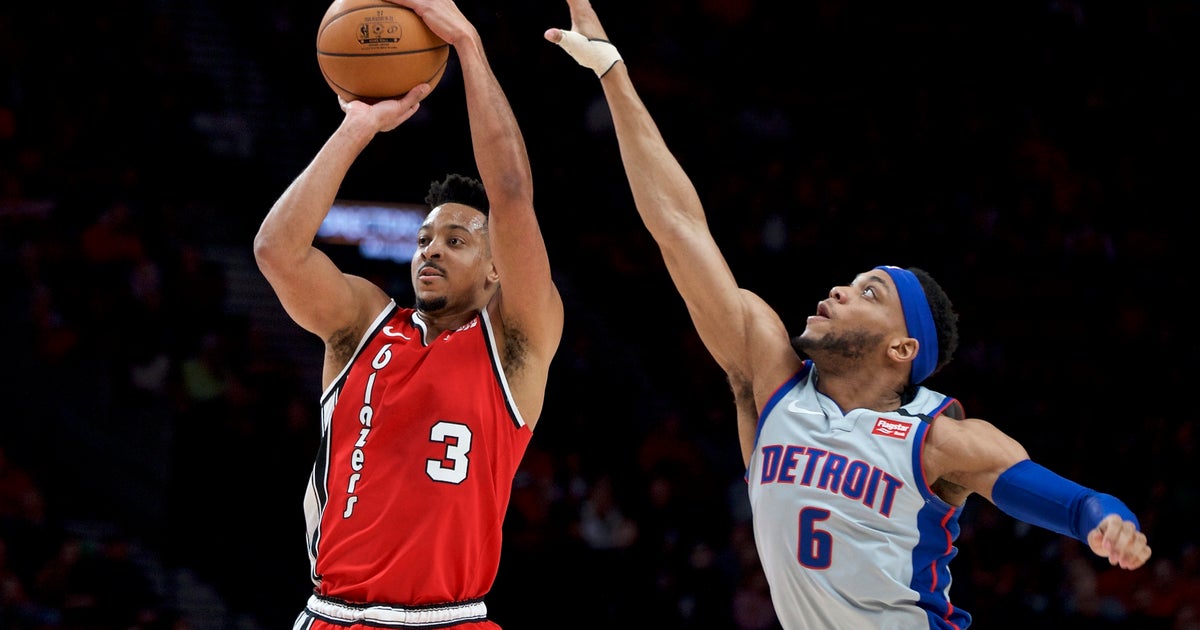 It was the first time Anthony scored over 30 points since Feb. 25, 2017, when he was with the New York Knicks. He made a jumper with Portland protecting a two-point lead with 21 seconds left.

McCollum scored or assisted on 14 consecutive Portland points in the first quarter and finished with 15 points and five assists in the period. The Blazers led 40-24, with Anthony adding 12 points.

A dunk by Wood gave the Pistons their first lead since their opening run at 45-43 with 5:36 left. Portland bounced back enough to hold a 53-51 lead at halftime after the Pistons outscored the Blazers 27-13 in the quarter.

Anthony continued his strong night in the third quarter, scoring 10 points and hitting a pair of 3-pointers but the Pistons would not relent. The Pistons scored 11 straight points in the final few minutes of the period to take a 10-point lead. McCollum scored seven straight points to close the quarter with Portland only down 85-80.

Pistons: Amid a barrage of changes to their roster, coach Dwane Casey has been tinkering with his starting shooting guard spot. For the past two games, he’s given Svi Mykhailiuk the start over Bruce Brown. But he still sees the spot being somewhat fluid, even though Mykhailiuk got his second straight start on Sunday. “It’s relaxed Bruce to come off the bench,” Casey said. ”He’s still going to get his minutes but again, we have had trouble scoring to start the games. And that’s a reason why Svi has been in there.”

Trail Blazers: Despite their disappointing 128-115 loss to the New Orleans Pelicans on Friday, Blazers coach Terry Stotts liked what he saw from his squad particularly in the second half. “ We did improve our transition defense and our defensive rebounding,” Stotts said.

Air Canada lays off 5,000, France tries to save food supply